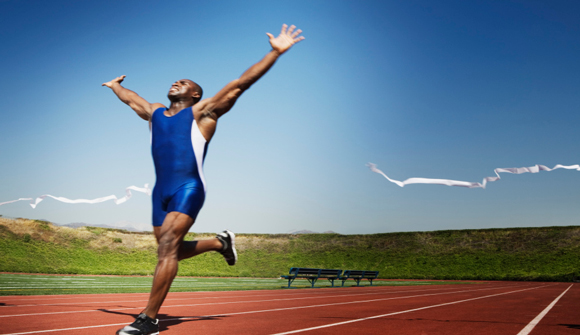 We track dominant social themes here at The Daily Bell, and the spectacular implosion of the "Stop Kony 2012" campaign is a further example of how these memes are disintegrating under the pressure of what we call the Internet Reformation.

We commented on this in this past week, in an article about the "Kony 2012" video debunking. But we wrote that article before the spectacular implosion of the "artistic creator" of the video, who apparently had a nervous breakdown due to the reception of the video and was sent to a psychiatric facility.

I am not one to rejoice at this sort of thing. In fact, it is a personal and familial tragedy for the person involved, obviously. On the other hand, the video itself was fairly despicable, in my view, and obviously and evidently the intention was to create a power elite meme.

This is not idle speculation. Alternative media reports have firmly fixed the producers of the video, "Invisible Children," within the larger framework of the State Department and its infamous AYM sponsorship.

The "youth movements" that the power elite has assiduously cultivated over the past decade or more are responsible for destabilizing numerous countries around the world now.

The Invisible Children non-profit seems to me to be firmly entrenched within this Intel paradigm. No doubt, if their funding stream is analyzed closely it will emerge that various strands of support lead back to elite foundations and personalities.

What was the meme? It was to create a groundswell of support for a kind of neo-colonialist attack on Africa. Some of what is intended has been clearly elucidated now by alternative media and some has not.

The alternative media, as we have pointed out previously, has been superb in rising up to denounce the video and the intentions behind it. Alex Jones led the charge with a hundred – maybe a thousand – websites and blog-sites all focusing on the true disinformation inherent in the "Invisible Children" effort.

Many facets of what the video was intended to do have been analyzed by now. But let me try to sum up in a few sentences:

The video may be part of a larger power elite plan to take control of the Middle East and Africa more directly. In the Middle East and upper Africa, as we've reported many times, the power elite has destroyed a number of secular regimes (Egypt, Tunisia and Libya) on their way to installing what seems to be a region-wide Caliphate.

The idea seems to be to create a wider war on terror by building a Muslim-oriented Caliphate using the Trojan Horse of the Muslim Brotherhood, which is apparently CIA connected at the very top. The Kony video is obviously aimed at providing a wider justification for more African military involvement by the West.

All the above actions are CONTROL oriented. There are other reasons, as well, having to do with gold, with the world's next reserve currency and, of course, natural resources. Some of these we've pointed out in the past. But the larger issue is the one-world government that elites are continuing to pursue.

The moves in the Middle East and Africa and even the Kony video itself needs to be looked at within that context. And seen in that context, I think we can come to certain conclusions.

The idea of a consolidated global government run by the current elite – and at the top it is apparently composed of dynastic banking families – ought to be scary to anyone. Power corrupts and absolute power corrupts absolutely. A one-world government cannot be anything other than tyrannical.

But these dominant social themes, having worked so well in 20th century and even earlier, have certainly been undermined by the availability of 'Net information. One by one, they are toppling, or at least losing credibility. I'd like to think we've contributed to this trend.

Whether it's global warming, the so-called "war on terror" or various scarcity memes having to do with food, water and oil, people are a lot less likely to take what they read and hear from the mainstream media at face value anymore. There are too many other outlets via the Internet.

This is why the powers-that-be have tried to crack down on Internet information via such ploys as copyright enforcement. It's exactly the same tactic that was used after the Gutenberg Press began to change the way people thought about the Way the World Worked.

As we've often pointed out, this is a big problem for the power elite. Lacking the ability to propagandize the masses, the elites have turned to more brutal techniques. They are trying to accomplish via the brute force of law and regulation what they cannot accomplish via the propagation of memes.

Even worse, the elites have increasingly turned toward and encouraged, in my mind, economic disintegration. The idea is to make people so miserable and insecure via "austerity" and various wars that we will simply cry out for "order" at any cost. At that point, world government will start to become a reality.

But wait just a minute. As far as I'm concerned, however, "Kony 2012" and the pushback it has received mark a kind of watershed moment for the Internet. There have been several I recall.

One was when Dan Rather was fired after the Internet exposed the phony documents he was trying to use to attack then US President George Bush. I have no admiration for Bush, who was a deliberate war-monger, but Rather was rightfully caught.

Another watershed moment, in my view, was the "ClimateGate" exposure of emails that showed fairly convincingly that global warming was a contrived hoax. The "movement" has never recovered from this setback.

And another, very recent, watershed moment has been the unraveling of the case against Dr. Andrew Wakefield who first identified a potential link between autism and the MMR vaccine. One of Dr. Wakefield's colleagues just had disbarment from the British medical establishment reversed.

But the rapid and seemingly complete collapse of the Kony gambit must rank as the most astonishing yet in my view. The anger of seemingly the entire alternative media community is palpable and the "nervous breakdown" of the man who made the video when see in this light is perhaps no accident. They're under enormous pressure.

The elites will continue to do what they do. They've been doing it for thousands of years apparently, and the exposure of their thematic mechanisms won't stop them from trying to achieve their goals.

But above all the elites seek justification for what they do, and the Internet regularly strips these self-serving and manufactured justifications away from them.

This leaves the brutality of planned depressions, manufactured wars and unjust laws supported by crony favoritism. How long they can manufacture consent via fear rather than conviction remains to be seen.

There is a reason that the elites counted on the dissemination of their memes in the 20th century. There are a lot fewer of them than us.

Maybe at some point, as the Internet Reformation rolls onward, the top tier of elites – the powerful banking families themselves – will see fit to take a step backward. This won't be something done within a vacuum, of course. They will have to be convinced it is in their own self-interest to keep a lower profile.

It could happen, in my view. Perhaps it already is.