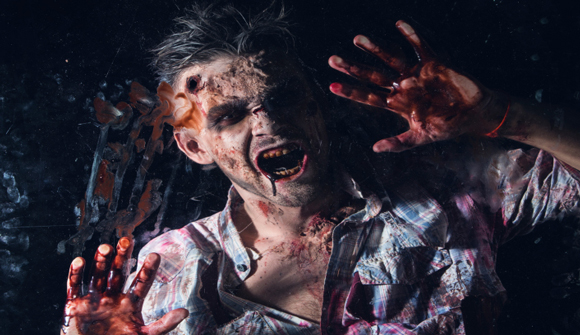 Recently, I wrote about elite dominant social themes and economics but for a change of pace we'll take a look at a blockbuster movie set for release next summer … "World War Z," starring the major movie star, Brad Pitt.

Over at Infowars, Alex Jones has recently provided us with a video analyzing "World War Z" and apparently did a follow-on TV program. Jones, who has focused directly on the imminence of global governance, believes the film is a warning of what is to come.

But I'm not so sure. I think there is another reason the elites distribute these sorts of movies.

Some background: Big Hollywood blockbusters are apparently produced, at least in part, in order to make people familiar with certain aspects of the top elite's expanding internationalism. Once people are familiar with these technologies they don't come as such a shock when they are actually introduced.

Here at The Daily Bell we don't necessarily analyze the globalist conspiracy itself but we do try to examine the methodologies being used. We call those methodologies in aggregate "dominant social themes." They are memes developed at elite facilities, apparently, and then turned loose on the world.

The elites run central banks and this enormous cash flow has enabled them to emplace allies at seemingly every choke point in the Western world (and the developing world, too), from think tanks, to mass media, to legislatures, educational facilities, armies, corporations and banks.

Some have estimated that as few as 6,000 people properly positioned can basically control the modern world. Hey, if you have virtually unlimited funds it's probably not that difficult. These elites purvey their dominant social themes to frighten people and impel them to give up power and wealth to specially prepared globalist facilities.

World government is the goal.

Often these memes travel in predictable patterns once released, finding purchase at think tanks and then being disseminated via the media. Eventually the political establishment may act on them as well and in this way the elites achieve the goals they desire.

We call it "directed history." It seems plausible as evolutionary but actually, it is planned in advance.

A movie like "World War Z" incorporates many dominant social themes. Of course, I am aware the book has a big fan base and people are passionate about it. So I am sorry if fans are offended. But that doesn't diminish the dominant social themes that are apparent in the book … and will almost surely show up in the movie as well.

The first meme we happen upon is the virus itself, supposedly incurable and called Solanum. Here's a little known but powerful fact: There is no such thing as an incurable virus and most of the big pandemics we have learned about such as the Spanish Flu virus of the early 20th century are lies.

The Spanish Flu was apparently induced by clumsy vaccines given to soldiers returning home from World War l. Look it up. The Internet Reformation is a wonderful thing.

This idea that nature will produce a virus that will sweep the world and decimate billions is likely a lie. It is probably beyond the technology of science itself because within a few days such a deadly virus would mutate into less harmful versions. No invader entirely wants to destroy its host.

Brooks, himself an agent of the United Nations Postwar Commission, is the hero of the movie. In real life the UN is a Trojan horse for the top elites and as clumsy, brutal and clueless as the idea of global government itself. The movie will surely glorify the UN and Brooks's role; this is more globalist propaganda.

To open the plot, a young boy is bitten in China and becomes the pandemic's "patient zero." Wikipedia tells us that as the infection spreads, the State of Israel is the only country to act. It creates a quarantine and acts to keep out infected Palestinians. More propaganda.

What is the result of the Zombie apocalypse and the global war? Wikipedia tells us that, "a democratic Cuba has become the world's most thriving economy and the international banking capital. China has also become a democracy, following a civil war sparked by the collapse of the Three Gorges Dam and ending after a mutinying Chinese Navy submarine destroys the Communist leadership with submarine-launched ballistic missiles."

Russia is a theocracy; Iceland is depopulated, etc. The United Nations emerges empowered, running a large military force around the world to wipe out the remaining zombie threat.

The power elite is enamored of the transformative properties of war. Too bad nuclear weapons have made war difficult to wield. Between the information available on the Internet and nuclear weapons, the elites are sandwiched by exposure and ineffectiveness.

All that is left is brutality and monstrous tales intended to scare people.

That's what this movie will be, in my view, a fairytale intended to frighten people and give them a sense of hopelessness and impending doom. People may enjoy it on a conscious level but on another level it will have a different and more destructive effect.

These are not movies so much anymore as overt propaganda. The elites behind these manipulations hardly seem to care anymore whether or not we notice.

We've pointed out before that the top elites may believe they are in a no-win situation. If they are intent on continuing forward, they will have to use ever more overt means of intimidation and fear. That's what this movie may be signifying.

These days the elites are using the bluntest instruments available: economic depression, warfare and authoritarian regulation. Movies such as this can be seen as a warning, intended to induce fear among those who aware, generally, of elite messaging. Once the movie comes out I bet it will include a lot of Illuminati symbolism, as other movies of this type often do.

On one level such movies are grand entertainment. But such movies, so far as I am concerned, are being produced in part for their intimidation factor. If I go see the movie I will find it difficult to enjoy … as I believe I understand the real reason for its creation and the unfortunate import of its narrative.