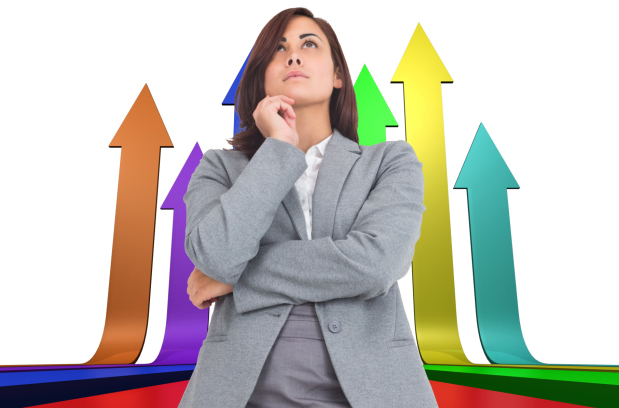 Janet Yellen is at it again, poormouthing the economy. In a Bloomberg article entitled "Yellen Fed Resigns Itself to Diminished Growth Expectations," we get the sad news that there isn't going to be a white-hot economy any time soon, certainly not in the US.

And of course, that's probably good news for US equity markets and for the globalist agenda that continually seeks to decouple the "real" economy from the monetary one. (More on that toward the bottom.)

Yellen made the remarks at the Independent Bankers of America's Washington Policy Summit at the Omni Shoreham Hotel on May 1.

Back in late April, we reported on a Reuters story that conveyed similar sentiments.

Yellen shows her hand … Yellen said this week that she is more worried that a shock to the economy might lead to deflation — a debilitating spiral downward in prices and demand — than rampant inflation. Those who cling to old certainties about the economic notions that dominated policy between the 1980s and late 2008 find themselves today tilting at windmills such as the likelihood of a return to high inflation. – Reuters

The story, Reuters Analysis: Printing Money Is More Important Than Ever for Yellen, was focused a bit more on policy. This report in Bloomberg is more specific. It reports on a Janet Yellen who is determinedly subdued … just like the recovery she's overseeing.

Of course, Yellen is expected to sound bullish, too – and in many ways she does. So do her colleagues at the Bank of England and the European Central Bank. But at the same time, such sentiments are highly qualified.

And Yellen is doing a very good job qualifying … Here's how the recent Bloomberg article begins:

Federal Reserve Chair Janet Yellen and her colleagues have lowered their sights on how fast the economy needs to expand to meet their goal of cutting unemployment. No longer are they saying growth must accelerate from the 2 percent to 2.5 percent pace it has generally averaged since the recession ended…

The article goes on to suggest that Yellen's reduced expectations may actually work against a continued expansionist monetary policy. If the economy does begin to perform better, she might "taper" more aggressively.

But that's just speculation. What YELLEN suggested, Bloomberg reminds us, is that "a reduced speed limit will have an impact on the level at which rates finally settle once the Fed begins to raise them."

So … here's more from the Bloomberg article:

Most FOMC participants reckon that 4 percent is normal or neutral for the economy in the long run. Yellen, 67, said the Fed believes rates may need to remain below this level "for some time."

"FOMC participants have cited different reasons for this view, but many of the reasons involve persistent effects of the financial crisis and the possibility that the productive capacity of the economy will grow more slowly," she said.

By lowering its assessment of how fast the economy can expand and conducting policy accordingly, the Fed runs the risk of locking the U.S. into a slow-growth path, said Tim Duy, a former Treasury Department economist who is now a professor at the University of Oregon in Eugene.

The Fed ramped up its quantitative-easing program late in 2012, helping to keep the recovery on track last year in the face of higher taxes and reduced government spending.

"They offset fiscal austerity on the downside but then arguably also offset the upside," Duy said. "They seem to have lost interest in speeding the pace of the recovery."

Can it be much clearer? There's not going to be any significant US recovery, from the Fed's point of view.

Monetary policy will remain accommodative, interest rates will remain low and the "taper" of quantitative easing will continue at a slow pace.

Yellen seems to be setting the table for continued monetization not industrialization. The Fed will continue to print money and distribute it through its commercial banking facilities.

Meanwhile, Yellen will no doubt continue to pay commercial banks a modest rate of interest to ensure big banks keep funds locked away in their coffers. The Fed doesn't really want currency circulating quickly in the larger economy.

From my point of view, this is no coincidence and it's one reason High Alert continues to present our "Wall Street Party" meme. A slow economy awash in currency that is gradually trickled into stock and bond markets is an "investor's" economy.

It is an economy that remains subdued rather than "overheated" and gives Yellen the justification she needs to continually prime the pump for as long as she wishes.