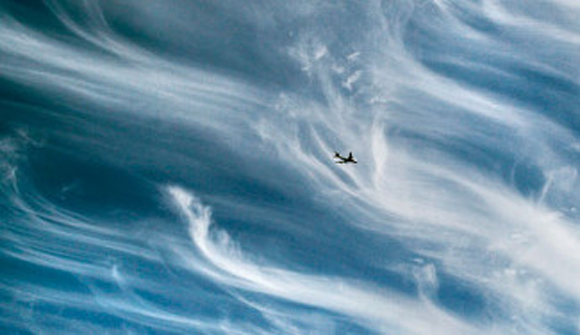 I was reading a commentary this morning by a Swiss money manager whose opinion I respect. He commented that there was a widespread perception that something is very wrong, though people can't quite put their finger on what that is. He argues that the problem is monetary policy and the resulting debasement of our currency and culture, including our language.

This raises a chicken and egg question that keeps coming up in my discussions these days. Is our problem financial or political? That is to say, is what is happening on the asset side of our global balance sheet a symptom of mismanaged finances or rather the cause of a mysteriously organized financial system being used to harvest the general population?

Our financial issues are a symptom of a political problem.

How many people can we support on this one beautiful planet, how are we going to use our resources and technology, how are we going to distribute and govern power? What are the rules (that is law, cultural practice) and who is responsible to enforce those rules? Where does evil come from? Why do we have an economy dependent on war? What are the challenges of shifting to a peaceful economy? What are the fundamental human rights to be respected? What can be transacted and what can't? These are some of the driving questions.

Watch Sir James Goldsmith's interview with Charlie Rose in 1994 (http://solari.com/blog/sir-james-goldsmiths-1994-warning/) arguing against the latest round of trade treaty agreements and the creation of the WTO. Goldsmith is describing an invisible governance system which is planning on implementing a policy that can best be described as madness and, at worst, genocide. Indeed, it is the economic policy we are dealing with today. Goldsmith's brilliant, passionate plea to the American leadership and people remains the single best description of our economy today.

You bet people feel something is wrong. They can feel that they are governed in a process that views them and increasingly treats them as expendable. They are being invaded, harvested and depopulated (http://solari.com/blog/financial-coup-d’etat/).

To address these questions, we need transparency. That means we need to have an honest conversation about what is really going on, which is difficult, as I find that this is not permitted in serious financial circles.

For example, it is not appropriate to discuss UFOs, although arguably the black budget is the multi-trillion dollar driving force in science and technology as well as the economy today. Indeed, it appears to me that the current aerospace boom is not just about Boeing Dreamliners. By any estimate space ships represent a much more formidable cost per manufactured item than jet fighters and commercial airplanes. Hence, I would think this is something savvy investors would want to know about. On that topic, you want to listen to the Solari Report interviews with Dr. Joseph Farrell and Richard Dolan.

Hollywood has no problem leading us through an endless series of topics that serious financial circles consider untouchable. "Enemy of the State," "The Matrix" and "The Truman Show" taught us about NSA, Facebook and Google long before Edward Snowden had a security clearance. "Godfather I, II and III" explained how the US economy worked decades before the European Union lawsuit against RJR Nabisco (http://www.dunwalke.com) made clear the integration of narcotics cash flows into Wall Street and Washington and the levitation of corporate earnings. Hundreds of millions have been spent over the last few years on producing a series of movies involving space and space travel.

I remember one of the last times I flew out of Zurich. The plane took off and as it ascended upwards, we broke through the early morning cloud cover to observe an intensive pattern of chemtrails being sprayed in criss cross fashion across the sky above the city. The Swiss are arguably the most advanced culture in the world in terms of protecting their environment. So why is it that geoengineering is going on over the Alps with materials that, if like what is being sprayed in the United States, are full of heavy metals, and no one is discussing it?

The silence in financial circles is unbearable. The financial blogosphere has become the global repository for the world's greatest material omissions.

I would say to my esteemed colleague from Zurich that I wish that it were true – that monetary policy is the problem before us. However, I don't think that is the case. He eloquently argues that we should not disassociate our management of the financial system from the real productive assets that create real wealth. We should also not use financial concepts to disassociate our diagnosis of what is going wrong from the covert forces at work on the asset side of the balance sheet.

The time has come to discuss real people who seem to consider us expendable, the concrete material challenges we face and the invisible forces at work, including those we do not yet understand.

This article provided courtesy of Solari.com.