This week's Solari Story from Catherine Austin Fitts is titled "Location-Based Transparency." Here's a bit of the transcript:

When I left the Bush Administration I said, "We don't need the government to provide us with annual financial statements. The government is required by law to make much of the data it collects publicly available. All we need to do is take all the databases available in the federal government and make the information accessible in a way that's friendly and interesting."

We had seen the advent of the relational database and geographic information software so there was a way to collect up all this information and make it easy and understandable. And so we started to build a software tool called Community Wizard which was simply a suite of databases that are available by law from the government as well as a series of software tools that would allow citizens to get on, to find their place, start to talk about what is my Popsicle Index and what causes it to go up and down and how does the money work, etc. The idea was to bring easy, comfortable transparency to Americans about their taxes in their place and give them the equivalent of an annual financial statement. … Because if every citizen, if groups of citizens in 3100 counties would make sure that there was no corruption in their county, if they had the numbers, then the big corruption couldn't happen. …

Because if every citizen, if groups of citizens in 3100 counties would make sure that there was no corruption in their county, if they had the numbers, then the big corruption couldn't happen.

And it's interesting. During the litigation, of course, the Department of Justice seized our offices, put everything under lock and key. It took us six years to get the software on Community Wizard out of the courts and by the time we got it out, the most valuable pieces of it had been stolen permanently. They were just gone. And what's interesting is the contractor representing the Department of Justice in managing those files was the leading provider of geographic information software to the government. Ah… so you almost wonder what really happened. 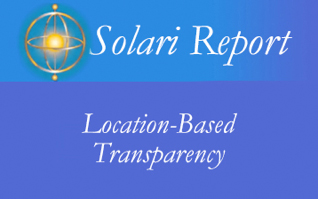