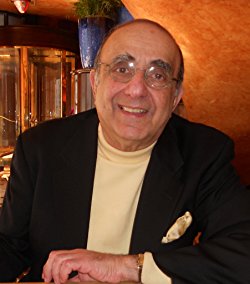 If we are to guard against ignorance and remain free, as Jefferson cautioned, it is the responsibility of every American to be informed.

Today’s students have been skillfully educated to demonstrate their ignorance with both ease and pride. If you have doubts, you should:

Listen to them discuss popular concerns (like black lives matter, capitalism, socialism, Wall Street, and politics). Observe them as they measure their self-worth with destructive acts in order to win the approval of their peers. Note the activities they enjoy and whom they idolize. And, by all means, ask their “educators” what they believe should be done about it. When you remind yourself that many of them have been shaped by our schools for twelve, sixteen, eighteen, and even more years, you will get an idea of what many educators are doing daily to innocent students in the name of “education.”

But you mustn’t stop there. If you really want to understand the problem, you must learn to probe deeper. Read what the average student must read in many of his classes: volumes of irrational nonsense in which clever writers adroitly lead students to their intellectual graveyards; acquaint yourself with some of the “profound” ideas voiced by popular anarchists, presented to students as precepts of “freedom” lovers. And observe the academic routine – the busy-work, the contradictory curricula content, and the historical negationism – conceived to confuse and deaden healthy minds seeking truth and sound principles to guide them.

When I was a student, I remember some of the mush that I was expected to learn in order to pass exams.  I remember a history professor who tested me on my retention of footnotes (not important concepts and facts); a psychology professor who thwarted my clear observation of human behavior with Freudian clichés; a literature professor who graded me by some subjective standard that made no real sense to me; and, most disturbingly, a philosophy professor who promised to deliver profound insights, but instead delivered a sleazy philosophy on relativity. (This is the concept, which uses superficial standards, not moral principles, as its premise.)

Because of such wide-spread teaching practices, many American students graduate from school intellectually handicapped. The degree of their handicap usually depends on the amount of years they have spent in school – especially in the liberal arts department – and how seriously they took their studies during their school years. Although they may read, write, and speak with some skill, many of them find it difficult to break free of the mental straitjacket they must wear. As a result, they find themselves incapable of thinking deeply and independently. When they are finally released to the world, the majority, sadly, are released like conditioned Pavlovian dogs who are trained to respond to popular political ideas, social fads, and more, on cue, exactly as they were instructed by their teachers and other influential adults.

The end result is the typical graduate who lives for the moment irresponsibly, guided by his conditioned reflex. The bright ones, who find conflict with what they are taught and what they perceive as true, are left with the mentally exhausting task of sorting through the mush they have learned in school for an explanation. Unfortunately, all they often discover for their effort is a lot of dead ideas that lead to nihilism. For this reason, many give up and find comfort in some form of self-destruction like drugs and alcohol.

This type of education is tragic. Students by nature are rational beings who want to take control of their lives. A student who can’t often finds himself turning to others for guidance. If irresponsibly advised, such students can easily be encouraged to make decisions that will later prove regrettable.

Since we live in an age, where ignorance and sensations are esteemed, not knowledge and reason, they usually have a broad choice of self-destructive activities to choose from. I firmly believe a healthy mind dedicated to the joys of learning in a truly intellectual and mentally healthy sense is not a mind that will want to obliterate itself with cheap thrills and drugs.

What is the solution?

In an effort to understand the solution, I spent some time researching what respected educators thought good teaching ought to be. In two articles that I published in 1993 and 1994, I identified my views in Basic Education (a Council for Basic Education publication). One article was on how to teach history and the other was on how to teach literature. The general value of these two articles is that they provide a template, which teachers can use to bring lasting understanding to their subjects.

Today, as never before, the freedom, which Americans have long taken for granted, is being skillfully undermined by progressive educators (like John Dewey and his disciples). These clever thinkers who have set the standards for our teachers to follow must be identified and removed from education. Their theories have for too many years insidiously and systematically destroyed the cognitive development of our students. In my two easy-to-read novels, The Fire Within (which dramatically examines two opposing education philosophies) and Teacher of the Year, the play and the novel, (which examines with corrosive wittiness a satirical educator), I have attempted to link the problems in education to the ideas responsible.

Education is our fundamental defense against societal disintegration, which is rapidly occurring in America (best exemplified by the Berkeley riots and the Alinsky-inspired radicalism generously encouraged on our campuses). To resist this assault instigated by some leaders, we need to hire teachers capable of inspiring students to higher levels of cognition – teachers dedicated to developing minds like fortresses filled with knowledge to combat irrationality. But before this can be done, our primary goal must be to rid our schools, as soon as possible, of some of those poisonous practices and ideas so commonplace in education today and once again bring sensible balance to the presentation of ideas.

Joe David is a former educator and the author of six books, several on education, The Fire Within and The Infidels. His writings have appeared in numerous publications. For more information, visit www.bfat.com