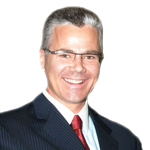 The International Monetary Fund (IMF) is much in the news these days given that Europe is convulsed first by monetary incompetence and then by IMF-oriented "austerity." As these pages show regularly, the IMF has ambitions of becoming a global central bank of last resort, using its SDR pan-global currency increasingly as a replacement for the US dollar.

Most recently, the IMF has been the subject of a scathing report entitled "IMF Performance in the Run-Up to the Financial and Economic Crisis: IMF Surveillance in 2004-07." Ironically, this report was released by the IMF's independent evaluation unit – the Independent Evaluation Office (IEO).

An article posted at Billy's Blog (economicoutlook.net) explains that the report constitutes "a scathing attack … concluding that the Fund was poorly managed, was full of like-minded ideologues and employed poorly conceived models."

The discontent with the IMF is widespread. Most recently, various BRIC countries have announced their intention to create an alternative IMF that will provide credit and other forms of international assistance without the various conditions that the IMF always brings to the table.

Additionally, one would hope, the new entity would prove more effective than the IMF, which insists on tax hikes and unnecessary privatizations at a time when a country is most vulnerable. Of course, there is nothing wrong with privatization, but the IMF usually demands that countries look in a certain direction for the assets they are selling. The IMF highly favors select, mainly Western, corporate interests, in other words.

This modern-day example of capitalistic cronyism extends beyond the IMF. The World Bank has a reputation for colluding with the IMF … by lending vast sums of money to corrupt leaders who stash capital in tax havens. Eventually when the country is broke, the IMF shows up to complete the looting by demanding privatizations and "austerity."

Sound familiar? This is apparently what took place in Europe, where banks lent incredible sums to Europe's Southern flank and now IMF-style solutions are being implemented – as ineffectively and brutally as usual.

Billy's Blog refers to these practices, as well. "The IMF is an organization that goes into the poorest nations and bullies them into harsh policy agendas which the IEO has now found to be based on poor theory and inadequate model implementation. That makes the IMF more than an incompetent and biased organization. In my view it makes them culpable … "

And here is more:

The IMF were proponents of the "Great Moderation" which was the dominant narrative during the 1990s and later. Mainstream macroeconomists – like John Taylor, Robert Barro, Robert Lucas, Ben Bernanke and all the rest of them all preached that the business cycle was contained if not dead and the only interesting questions were how far governments could go in deregulating their labor and product markets and creating free markets.

It was an arrogance that you would not believe unless you worked, as I do, in the profession. It was a gloating, pack-mentality. Like dogs, the mainstream profession hunted in packs and at conferences aggressively suppressed alternative views. I could share many examples where a speaker who did not share the Washington-Harvard-Chicago consensus was set upon during question time with the sole aim of humiliating them.

Sometimes the gang didn't even wait until the paper was finished before launching their screeching attacks. I have personal experience of being on the receiving end of this treatment several times in my career. In my case it never humiliated me – I just noted how adults would behave in such a churlish mindless manner and this was a direct (positive) function of how mindless their theoretical and applied understanding of the monetary system was.

This firsthand recollection provides us not just with a snapshot of how IMF officials acted but also how the regulatory process itself works or doesn't work. There is, unfortunately, nothing magical about financial regulation, which is as given to "fads" as the industries and the processes supervised.

The conclusion of the article is even stronger than the above recollections and summarizes – incandescently – the reality of the IMF and its continued existence and purpose as follows:

The IMF stopped having a purpose in 1971 when the Bretton Woods arrangements were scrapped. The IMF should have been scrapped at the same time. It should still be scrapped. It serves no useful purpose and has destroyed societies and communities as a result of its flawed applications and harsh adjustment programs.

I tend to concur with this view and, obviously, the countries creating an alternative to the IMF would agree with it, as well. What people all too often fall victim to, in my view, is what I call the "regulatory illusion." The IMF is a good example of this. It exists and therefore it must have a purpose. It operates and therefore it must contain competencies.

People accept regulation and uber-bureaucracies as a fact of life. But often it is destructive to their interests and even to the larger industry in question, as well. And when it comes to financial regulation in particular, people ought to be very careful about accepting the common wisdom that the state's powerful regulatory players are their agents and protectors.

No investor, if he or she can help it, should rely on the regulatory apparatus to protect personal, financial interests. Just because a company is quoted on a stock exchange does not make it a legitimately operated entity. Just because auditors – under color of law – have signed off on financial statements does not mean they are accurate or complete.

And just because some fancy law firm has signed off on a legal review and submitted filing with the regulatory agencies does not make them necessarily "clean."

I believe the job of creating and managing your wealth is yours and yours alone. But as I have stated in earlier columns, that doesn't mean you should not avail yourself of the specialized divisions of labor that exist within the investment field to give you the right kind of information.

The bigger the lie the more easily it is believed. As the behavior of the IMF shows us, the lie of the "regulatory illusion" is a big one, indeed.