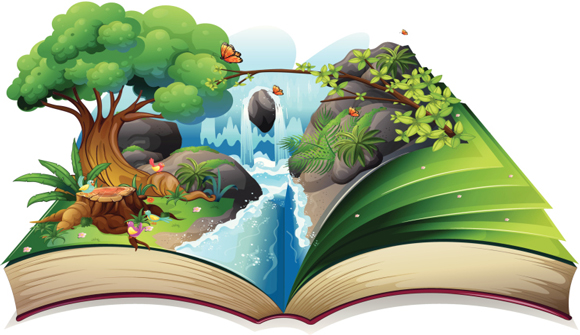 EDITORIAL
Fables of the Fourteenth Amendment
By Edwin Vieira - August 15, 2011

The more I peruse the current public discourse about the application of the Fourteenth Amendment to the present quandary of public debt that confronts this country, the more I am convinced of the wisdom of the observation of the ancients that "Against human stupidity even the immortal gods contend in vain!"

The gist of the argument in favor of the Fourteenth Amendment's positive application rests on the first sentence of Section 4 of the Amendment: "The validity of the public debt of the United States, authorized by law, including debts incurred for payment of pensions and bounties for services in suppressing insurrection or rebellion, shall not be questioned." Supposedly, this sentence grants a power to the President to borrow money in order to pay outstanding "public debt of the United States" as it comes due, even though Congress has not authorized such additional borrowing. Apparently the theory is that, if the President could not exercise this power, some of the debt would be unpaid at maturity, and therefore its "validity" would "be questioned," in violation of the Amendment.

Now, the first suspicious peculiarity of this theory is its open-endedness. For public debt can be paid in ways other than by borrowing money (that is, Ponzi finance). It can also be paid through the collection and expenditure of taxes (real public finance). The Constitution delegates to Congress two relevant powers here: one is the power "[t]o borrow Money on the credit of the United States" (Article I, Section 8, Clause 2). Another is the power "[t]o lay and collect Taxes, Duties, Imposts and Excises, to pay the Debts and provide for the common Defence and general Welfare of the United States" (Article I, Section 8, Clause 1).

The Constitution delegates no power "[t]o borrow Money" or "[t]o lay and collect Taxes" to the President. So, if Section 4 of the Fourteenth Amendment implicitly empowers the President to borrow so that "[t]he validity of the public debt of the United States * * * shall not be questioned," it also implicitly empowers him to tax for that purpose! And, with a greater degree of apparent constitutional approval, too – because, unlike the power "[t]o borrow", which says nothing about the use of borrowed funds to pay public debts, the power "[t]o lay and collect taxes" is explicitly tied "to pay[ing] the Debts * * * of the United States."

The Supreme Court has also invented a third power for Congress that can be used to pay public debts: the power to emit irredeemable, legal-tender paper currency (fiat currency). See Knox v. Lee, 79 U.S. (12 Wallace) 457 (1871), and Juilliard v. Greenman, 110 U.S. 421 (1884). Indeed, armed with this power, it is impossible for the United States ever to default on their debts, because every debt can be paid "dollar for dollar" with newly issued fiat currency at essentially no cost to the Treasury, and without the economic and political inconveniences associated with borrowing money or laying and collecting taxes. Yet (to my knowledge) no one up to now has ever claimed that this imaginary power can be exercised by the President on his own initiative. But if Section 4 of the Fourteenth Amendment empowers the President to pay public debts by borrowing money without the specific authorization of Congress – and, by logical extension, to tax in order "to pay the Debts * * * of the United States" – then why does it not also license him to emit whatever amount of fiat currency he deems necessary for that purpose? One could accompany Alice even farther into the depths of the Washington Wonderland and posit a license for the President to exercise the power of eminent domain, in conjunction with the power to emit fiat currency, for the purpose of paying public debts. Under this addendum to the basic theory, the President would simply seize valuable private property, turn it over to the holders of the public debt (say, the Red Chinese government) in payment thereof, and compensate the dispossessed former owners with rapidly depreciating fiat currency.

Those who pooh-pooh these possibilities should ponder on what reasoning Section 4 of the Fourteenth Amendment could be held to grant to the President the power "[t]o borrow Money" in order to pay public debts, without the prior authorization of Congress, but also held not to grant him whatever other powers might possibly be used to pay public debts, also without the prior authorization of Congress? Surely, if the sentence "[t]he validity of the public debt of the United States, authorized by law, * * * shall not be questioned" is a grant of power, on its face it is a grant without limitations, exceptions, or qualifications. Ergo, under this (mis)reading of the Fourteenth Amendment, the national motto should be amended to read: Hail, Caesar! We who are about to be fleeced salute you!

The deficiency from which the proponents of the foregoing theory of Section 4 of the Fourteenth Amendment suffer is that they cannot read. Section 4 does not grant anyone a power. It imposes what lawyers call a disability, an absence of power. The sentence "[t]he validity of the public debt * * * shall not be questioned" strips the United States and the States (and every official thereof) of any right, privilege, or power to "question[ ]" any portion of "the public debt" through the exercise of any power that otherwise could "[in]valid[ate]" that portion—that is, that would legally nullify it. Section 4 says nothing at all, however, about what could or should be done, by whom, and under what circumstances in the event that some public official actually attempted to "question[ ]" "[t]he validity of the public debt".

A power to deal with a violation of Section 4 does exist. But it appears in Section 5 of the Fourteenth Amendment: "The Congress shall have power to enforce, by appropriate legislation, the provisions of this article." Observe: The Fourteenth Amendment, which so many deep thinkers among the legal intelligentsia assert implicitly empowers the President to enforce Section 4, explicitly empowers Congress, and only Congress, to do so! Congress. C-O-N-G-R-E-S-S. Congress. See Dick! See Jane! See Section 5! See whom it empowers! See Congress! Not the President!

To be sure, under the aegis of Section 5 Congress could enact "appropriate legislation" that directed and authorized the President to take certain strictly executive actions to secure "[t]he validity of the public debt." It could authorize the Treasury, under the supervision of the President, "[t]o borrow Money," "[t]o lay and collect Taxes," even to emit fiat currency in particular amounts. It has done all of these things in the past (the last of them, of course, without constitutional authorization). And under the injunction in Article I, Section 9, Clause 7 that "[n]o Money shall be drawn from the Treasury, but in Consequence of Appropriations made by Law," Congress could even decree that the particular moneys borrowed, collected in taxes, or emitted as fiat currency should be "drawn from the Treasury" exclusively for the purpose of paying specific public debts. But, absent such legislation, the President or any of his minions in the Administration is powerless to engage in any of those activities on his own. Inasmuch as Article II, Section 3 the Constitution commands the President to "take Care that the Laws be faithfully executed" – and inasmuch as one of those "Laws" is the Constitution itself – and inasmuch as Section 5 of the Fourteenth Amendment explicitly empowers Congress alone "to enforce" Section 4 – it follows that any attempt by the President to usurp any or all of the powers "[t]o borrow Money," "[t]o lay and collect Taxes," or to emit fiat currency in order purportedly to enforce Section 4 would constitute a "high Crime[ ] and Misdemeanor[ ]" for which "Impeachment" and "Conviction" would be appropriate, followed by criminal prosecution of both himself and his accomplices. Compare U.S. Const. Article II, Section 4 with Article I, Section 3, Clause 7 and with 18 U.S.C. §§ 241 and 242.

One other point should be clarified, too. "The validity of the public debt of the United States" is not "questioned" simply because that debt is not paid on time (or perhaps is never actually paid at all). "The validity" of a debt is a matter of its legality. Payment is a matter of actual compliance with the obligation's contractual provisions. A debt may not be paid on time, without anyone's questioning its validity. The debtor may agree that he owes the money as a matter of law, but may deny that he is able to pay as a matter of fact. In that event, he may be sued for damages, or he may seek the protection of a bankruptcy court – but the validity of the debt is never at issue. The peculiar problem for holders of public debt is whether they have a satisfactory remedy if the Treasury takes the position that it simply cannot pay some debt the validity of which it does not question.

In Perry v. United States, 294 U.S. 330 (1935), which applied Section 4 of the Fourteenth Amendment to invalidate in part the infamous House Joint Resolution No. 192 of 1933, the Court adverted to this problem as follows:

[T]he right to make binding obligations is a competence attaching to sovereignty. * * * The Constitution gives to the Congress the power to borrow money on the credit of the United States. * * * The binding quality of the promise of the United States is of the essence of the credit which is so pledged. Having this power to authorize the issue of definite obligations for the payment of money borrowed, the Congress has not been vested with the authority to alter or destroy those obligations. The fact that the United States may not be sued without its consent is a matter of procedure which does not affect the legal and binding character of its contracts. While the Congress is under no duty to provide remedies through the courts, the contractual obligation still exists and, despite infirmities of procedure, remains binding upon the conscience of the sovereign.

294 U.S. at 353-354 (emphasis supplied). So there one has it, directly from the horse's mouth. Without a remedy – which "matter of procedure * * * Congress is under no duty to provide" – the debt cannot be collected; nonetheless, "the contractual obligation still exists and * * * remains binding upon the conscience of the sovereign," so that its "validity" has not "been questioned."

Now, I am the first to condemn the decision in Perry v. United States (indeed, the decisions in all of the so-called Gold Clause Cases), And I have done so in excruciating detail in print, on pages 1127-1240 of Pieces of Eight: The Monetary Powers and Disabilities of the United States Constitution (Chicago, Illinois: R R Donnelley & Sons, Inc., 2011 GoldMoney Foundation Special Edition of the 2002 Second Revised Edition) – which I commend to those who have advanced, or want to advance, beyond the "Dick and Jane" level of constitutional law and political economics. The point is, however, that this matter of Section 4 of the Fourteenth Amendment has been settled, not only by Section 4 and especially Section 5 themselves as a matter of self-evident legal principle, but also by Perry as a matter of convoluted legal practice (for those who accept decisions of the Supreme Court as somehow the last word on the meaning of the Constitution).

One need not be an electrical engineer, therefore, to realize that the legal "bright bulbs" in the White House are running at far below their self-rated wattage.