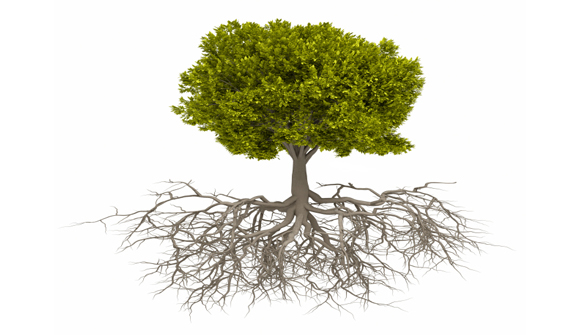 Even without much expenditure of electronic soap for their "brainwashing" by the Armed Forces' psy-ops contingents, the American people in their anonymous millions would likely accept these turns of events, and the "official" explanations for them, because by then: (i) Control of the country by the Armed Forces would appear to be the only way that a modicum of economic and social order could be restored. (ii) The Armed Forces would not yet have been compromised, but would still generally be seen as truly "American" in composition, attitudes, and goals. (iii) The Armed Forces would imagine themselves capable of embodying popular aspirations and serving popular needs – governing on behalf of the great mass of the people, rather than of special interests. And (iv) the Armed Forces' intervention would be excused as fundamentally "democratic", because most people would at least tacitly support it. (Only a few die-hard constitutionalists would point out –until they were suppressed – that just about everything the Armed Forces were doing was patently illegal to the point of criminality.)

Furthermore, whatever the level of their true popular support, were the Armed Forces deployed to suppress widespread civil unrest emanating from a major breakdown of the economy, they would have a particularly compelling institutional incentive of their own to maintain themselves in the foremost positions of political and economic leadership thereafter: namely, securing the continued viability of this country's massive military-industrial complex. For the effectiveness of the Armed Forces, and therefore the credibility of their newly assumed role as guardians of the political system, would absolutely depend upon the smooth functioning of that complex.

In this, of course, the Armed Forces would inevitably command the support of the two other sides of "the iron triangle": namely, the industrialists and the workers who, directly or indirectly, would constitute and derive incomes and other benefits from the military-industrial complex. And as the complex expanded – which it doubtlessly would, if only in response to the increasingly diverse tasks the Armed Forces would have to undertake as domestic "peacekeepers" – more and more industrialists and workers in other areas of production and services would become to significant degrees economically dependent upon, and therefore politically supportive of, the complex's smooth functioning, and therefore would favor continued tight control by the Armed Forces over the domestic governmental apparatus. So that, at length, most of the domestic economy would be as least quasi-"militarized" in what could be called the ultimate "warfare-welfare state" – with the overwhelming emphasis on "warfare", because the supposed "welfare" of the political and economic systems would be tied inextricably to the power of the Armed Forces.

Of course, as has proven true everywhere else, having no training in economics or statecraft, politicized Armed Forces in this country would be unable to solve the underlying economic and social problems that rationalized their politicization in the first place. That does not mean that they would not try to address these problems – using familiar forms of interventionism. For example:

Fully compulsory labor unionism, first in all "defense"-related industries, then throughout the economy. Not (as unionism operates today) compulsory solely with respect to employers, who now must bargain collectively with labor organizations only if their employees more or less freely choose such organizations to represent them; but compulsory with respect to employees as well, who will be required to join labor organizations that some administrative agency such as the National Labor Relations Board certifies as appropriate for each industry.

Prohibition of strikes, coupled with compulsory arbitration of labor disputes by some governmental agency. This, with the tacit understanding that, all other things being equal, arbitrators will almost invariably rule in favor of labor organizations.

As the quid pro quo for employers' acquiescence in such compulsory unionism and arbitration, governmentally directed mandatory "investing" of private funds in selected "defense"-related industries. If Congress enjoys the authority, pursuant to the Commerce Power, to compel each and every American to purchase medical insurance from private vendors, under the threat of taxes and other penalties, which power it now claims to have, why will it not (especially under pressure from the Armed Forces) claim to have just as much authority to compel everyone, whether private individuals or financial institutions, to become "patriotic investors" by purchasing stocks, bonds, or other securities in particular "defense"-related industries? Is any random individual's personal medical care more important to the national health than are the economic foundations that support the Armed Forces? In an era in which the "war on terror" rationalizes every sort of departure from the Bill of Rights and other constitutional guarantees, why should an individual's or firm's mere private property in money be exempt from compulsory "investment" in what would be called "war bonds"?

Prohibitions on transfers of private capital overseas, and requirements that Americans liquidate their foreign investments and other holdings and repatriate the capital to the United States. Which will cruelly disappoint those Americans who imagine that they can protect their wealth by secreting it in off-shore hideaways.

Forced loans for "defense"-related purposes from the private sector to the government for far longer terms or at far lower rates of interest than the free market will accept. This could involve the "nationalization" of private pension funds, CDs, and other forms of personal savings, by requiring that they be "invested" in particular United States Treasury obligations tied to the military-industrial complex. As long ago as 1871, in order to rationalize the constitutionality of legal-tender paper currency (the so-called "Lincoln Greenbacks"), the Supreme Court relied on the notion that the General Government could coerce loans from the people.[6] Inasmuch as emission of the "Greenbacks" was initially upheld as a "war" measure, the same reasoning would plainly apply to any other form of forced loans imposed to finance "defense"-related public expenditures.

Direct emission of a national currency, either through effective nationalization of the banks or the emission of new "Greenbacks" from the Treasury itself. After all, the Federal Reserve regional banks, all National Banks, and State banks are the mere creatures of various statutes, and therefore could be abolished or absorbed into the government pursuant to some new statutes. And nothing prevents Congress from authorizing the Treasury itself, without the intermediation of the banks, to emit as much paper currency as politicians themselves dare, or are told by the Armed Forces, to inject into the markets.

That these and other such schemes would not work as advertised would not prevent them from being tried – and being stubbornly persisted in, too, their serial failures notwithstanding. So America would be wracked with chronic, incurable economic instability. Which would engender continuous political confusion, as the Armed Forces manipulated or even installed token civilian regimes staffed with incompetent puppets and "yes men", followed by new bouts of military sting-pulling or outright intervention aimed at cleaning up the last crisis, and so on, along the sorry lines South American republics such as Argentina have followed for generations.

In addition, thoroughly politicized Armed Forces, unfettered by effective civilian constraints, would likely feel the need, and would have the ability, to justify the expensive existence of the military-industrial complex by inserting themselves into, if not instigating outright, ever-expanding overseas military adventures. Thus, the present "war on terror" – in addition to whatever other forms of aggressive imperialism could be fomented, ostensibly to "defend our freedoms" in a "homeland" that the "war on terror" itself had rendered no longer free – would drag on forever, at untold costs in lives and treasure.

As dark as these clouds would be, they could contain something of a thin silver lining. Perhaps America would be minimally fortunate. Perhaps she would end up with her own version of Juan Domingo Peron, who if an authoritarian was at least not a murderous thug. Even better if he were accompanied by an Americana version of Evita Peron, who truly cared for los descamisados gringos: America's "shirtless ones", the common people. But for that horse to run in the money in History's derby would be the longest of long shots.

There are, of course, other, more-desirable alternatives available:

1. Reform of the monetary and banking systems along constitutional and free-market lines is certainly possible – although it will not be easy, because: (i) the Federal Reserve System cannot simply be "abolished" at one fell swoop without generating massive dislocations throughout the markets; and (ii) the legislation necessary for proper reform cannot be enacted in Congress in the foreseeable future.

Instead, Americans need to create an alternative constitutional and sound currency – actually consisting of, not simply "backed by", silver and gold-to compete with Federal Reserve Notes in the marketplace. This step must be taken at the State level, for several reasons. First, it cannot be moved through Congress, whereas among the fifty States there must be at least a few in which the political and economic climate is such that State legislators can be convinced to take appropriate action. Second, the States enjoy the legal authority to adopt an alternative currency – indeed, as the Constitution declares, "No State shall * * * make any Thing but gold and silver Coin a Tender in Payment of Debts".[7] Third, the States' exercise of their legal authority to adopt an alternative currency is constitutionally immune from interference by Congress, as even the Supreme Court has held on more than one occasion.[8] Fourth, the States have a political and legal responsibility to their own citizens to protect the public health, safety, and welfare – which under contemporary conditions necessitates adopting a sound currency to replace the collapsing Federal Reserve Note before it is too late. Fifth, this approach has the benefit of being prudent, because it is both experimental and incremental – yet once the experiment has been tried and proven workable in one State it can (and surely will) quickly spread to others, because no real alternative exists, other than Americans' supine and stupid acquiescence in the collapse of the Federal Reserve System, with all the dire consequences that will entail. Admittedly, the adoption of an alternative currency will not eliminate all of the economic problems the present faulty monetary and banking systems have caused; but it will mitigate them and provide a solid foundation for further reforms.

2. Reform of "homeland security" would be even simpler than dealing with the collapsing Federal Reserve System. As the Second Amendment to the Constitution declares, "[a] well regulated Militia" is "necessary to the security of a free State". Not a Department of Homeland Security based in Washington, D.C., let alone the regular Armed Forces, but "[a] well regulated Militia". "A well regulated Militia" is the only thing the Constitution identifies as "necessary" for any purpose, and the only thing it identifies as serving the specific purpose of "security". Moreover, the only other place in which the Constitution uses any other word related to "security" is in its Preamble, where it lists as one of its purposes "to * * * secure the Blessings of Liberty to ourselves and our Posterity".

This four-part editorial was previously posted on News With Views.