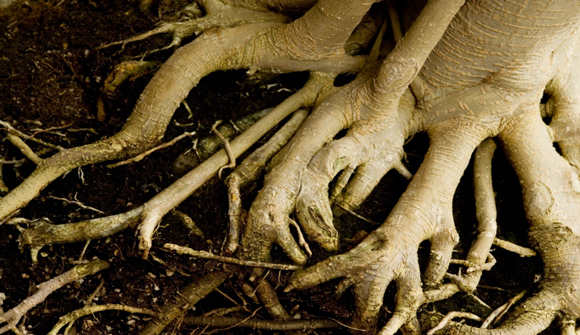 If each or even most of the States already had "[a] well regulated Militia" in place, Americans would not now be faced with the likelihood of uncontrollable violent social unrest arising out of a nationwide economic collapse. For, not only would Americans be trained and equipped to deal with economic shocks and concomitant social disruptions, but also they would have put into effect proper institutions to prevent or lessen the severity of such shocks – in particular, an alternative sound currency that would enable them to operate outside of the Federal Reserve System.

So it is certainly possible that, as the economic crisis intensifies and its true genesis becomes widely known, people throughout the States will prevail upon their State legislators to revitalize their Militia – first, to forestall, or if necessary to contain, violent social unrest within their jurisdictions; second, to provide alternative economic institutions, and in particular an alternative currency, in order to stabilize their local economies; and third, to assert other aspects of State sovereignty under the aegis of the Second, Ninth, Tenth, and Fourteenth Amendments to the Constitution.

These reforms will not be self-executing, however. To be put into place they will require a great deal of effort from people in every walk of life and at every level of American society. Thus, even more pertinent today than they were in his day are Benjamin Franklin's words of warning: "We must all hang together, or we shall all surely hang separately."

In this process the middle class must play a decisive role, in its members' own personal interests as well as in their country's interest. Wealthy people worried simply about the likelihood and sequence of hyperinflation, depression, or hyperinflation coupled with depression in America – and about how they might be able to protect their own businesses, incomes, and accumulated wealth under such circumstances by this or that economic "hedge" – are viewing their world through rather ill-fitting rose-colored glasses. The rules for successful entrepreneurship, prudent investing, and the retention of accumulated wealth, after all, are as much political as they are economic. Ultimately, these rules are grounded in constitutional law. Change the political rules to a significant degree, and even the best-laid economic plans, worked out under the false assumption that the original political rules will always continue in operation, will prove worthless. And when hyperinflation, depression, or other economic calamities strike, if the Armed Forces are politicized as instruments of domestic repression, then the political rules familiar today will no longer be operative.

Moreover, in the new political environment, merely continuing his business in operation, maintaining his income, and securing his accumulated wealth will become matters of low priority for anyone with high economic, social, or political visibility who has or might run afoul of the new regime.

So those myopic investors and entrepreneurs who are trying to figure out how they can personally profit to the maximum degree from, or even how they can just continue to do business with some modicum of success during, the coming collapse of America's economy – under the childish illusion that the political rules will always remain favorable to their doing so – had better start thinking instead of how they can contribute, in every way they can, to whatever efforts their fellow citizens are making to prevent that collapse, to fend off the para-militarized national police state that collapse will turn loose, and to return this country to the rule of constitutional law. Right now, before time runs out.

Once again, History provides the example. On the night of the 9th of June, 1772, under the leadership of John Brown, one of Rhode Island's "first and most respectable merchants", a contingent of patriots set out from Sabin's Tavern in Providence to attack the British Navy's schooner Gaspee after she had run aground on the sand spit at Namquit Point. Rowing down Narragansett Bay in whaleboats, they boarded and captured "that troublesome vessel", then burned her to the waterline in protest against her captain's heavy-handed enforcement of the Mother Country's revenue laws. [9]

By September of 1772, an outraged King George III had offered huge rewards "[f]or the discovering and apprehending the persons who plundered and burnt the Gaspee schooner"; had promised full pardons to any accomplices who informed on the main perpetrators; had determined that "the persons concerned in * * * that daring insult, should be brought to England, to be tried"; and had established a Commission of Inquiry "to the end that [suspects] may be accordingly arrested and delivered to the custody of the commander of [the British] ships and vessels in North America".[10] But no one betrayed John Brown or any of the other patriots.

Not surprisingly, Rhode Islanders immediately denounced as the very zenith of tyranny the claim of the Crown to ship Americans to England to be tried. On the other side, the loyalist Governor of Massachusetts, Thomas Hutchinson, recognized that [p]eople in this Province [that is, Massachusetts], both friends and enemies to government, are in great expectation from the late affair at Rhode Island, of the burning the King's schooner; and they consider the matter in which the news of it will be received in England, and the measures to be taken, as decisive. If it is passed over without a full inquiry and due resentment, our liberty people will think they may with impunity commit any acts of violence, be they ever so atrocious, and the friends to government will despond and give up all hopes of being able to withstand the faction. [11]

Admiral Montague says that Lord Sandwich will never leave pursuing the colony [of Rhode Island], until it is disfranchised. If [the Gaspee incident] is passed over, the other colonies will follow the example. [12]

Although widely and rightly denounced as "Too infamous to have a friend, Too bad for bad men to commend",[13] Lord Sandwich, First Lord of the Admiralty, was correct on this score.

Yet although they had brought it upon themselves, Rhode Islanders did not stand alone in this crisis. On the 12th of March, 1773, Virginia's House of Burgesses appointed "a standing committee of inquiry" – the members of which included such outstanding patriots as Peyton Randolph, Richard Henry Lee, Patrick Henry, and Thomas Jefferson – whose business it shall be, to obtain the most early and authentic intelligence of all such acts and resolutions of the British Parliament, or proceedings of the administration, as may relate to, or affect the British colonies in America; and to keep up and maintain a correspondence and communication with our sister colonies, respecting these important considerations.

In particular, the committee was instructed, without delay, [to] inform themselves * * * of the principles and authority, on which was constituted a court of inquiry * * * in Rhode Island, with powers to transport persons suspected of offences committed in America, to places beyond the seas, to be tried.

And the House of Burgesses requested "the different Assemblies of the British colonies * * * to appoint some person or persons * * * to communicate from time to time, with the * * * committee". [14]

Well, now, just who was this "John Brown" of Providence, Rhode Island, who ignited the Gaspee affair, and with its flames set afire one of the brightest torches lighting the way towards America's War of Independence? After John Hancock of Boston, Massachusetts, Brown was probably the wealthiest man in New England, whose family fortune later endowed Brown University, in Providence. For his part in burning the Gaspee, though, Brown could have been convicted of treason and piracy – the punishments for which, if his ignominious death on the scaffold had not been enough, would have included the forfeiture of all his worldly goods to the Crown. (Hancock, too, would have stood in the shadow of the public executioner to pay the supreme penalty for his own acts of treason against Great Britain, had Major John Pitcairn and his Redcoats apprehended him in Lexington on the 19th of April in 1775.)

Although a shrewd merchant, John Brown did not organize the attack on the Gaspee because it was a good profit-making venture, a sound economic investment, or a clever hedge against inflation or depression. Neither did he mount the attack to curry favor from the political Establishment. To the contrary: From the moment he gathered his fellow patriots at Sabin's Tavern, he stood to lose everything, including his life. His participation in the Gaspee affair was the riskiest speculation he had ever made or would ever make – under the circumstances, at least supremely reckless, in the view of the world perhaps insane. He was, after all, spitting in the eye of the entire British Empire, the supremely puissant "New World Order" of his day. Yet he – along with John Hancock, George Washington, and many other rich and influential Americans who wagered their all in the forefront of the fight for liberty – was eventually victorious!

So it is not impossible for the well-to-do to be clear-sighted, courageous, patriotic, and even self-sacrificing. Or at least it was not impossible then, although apparently it is very difficult these days. It should not, however, be too difficult, even today. For unlike John Brown, who in the comfort of his rich surroundings had nothing material to lose if he and his fellow Americans had simply sat down quietly under British rule, the wealthy among the middle class today have everything to lose if patriotic Americans – especially including themselves – do not stand up, muster their financial and other resources, and bring an end to the Federal Reserve System and the emerging national para-military police state.

Because the Federal Reserve System will destroy the economy; and the para-military police state will clamp down on society in the aftermath of financial collapse; and then those who have wealth that can be stolen by political looters will have it stolen. Perhaps not as soon as tomorrow. But too soon for comfort.

9 – See THE DESTRUCTION OF THE GASPEE, in John R. Bartlett, Editor, Records of the Colony of Rhode Island and Providence Plantations (Providence, Rhode Island: A. Crawford Greene, 1862), Volume VII, at 57-192

16 – See David Ammerman, In the Common Cause: American Response to the Coercive Acts of 1774 (Charlottesville, Virginia: University Press of Virginia, 1974), at 20-23.

This four-part editorial was previously posted on News With Views.