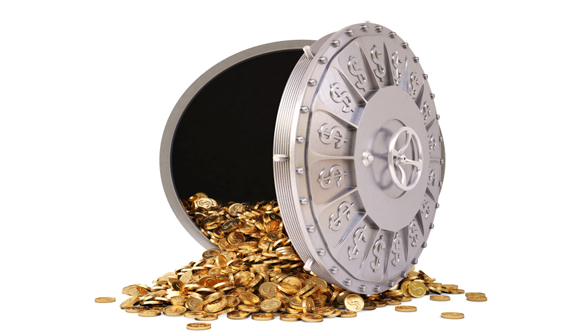 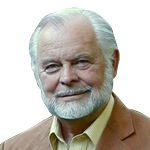 EDITORIAL
If the Banks Own All the Gold, Why Would We Want a Gold-Backed Money System?
By G. Edward Griffin - October 21, 2009

One of the most entrenched myths of our modern day is the assumption that (1) the bankers own all the gold and (2) therefore, the concept of a gold-backed money system is a very bad idea, because it would give them even more power than they now have. This view is wrong on both points, as I will attempt to illustrate shortly but, first, let us allow a proponent of that myth to express it in foreceful terms. The follwing letter was received from Brian McDermott, Governor of Central Queensland Free State, Australia:

Dear Mr. Griffin, Please, when you're doing your crash course on money, whatever else you do, DO NOT suggest that America go back on the "Gold Standard." I understand that you are a supporter of going back on to the "gold standard." This is very dangerous, as I will show you.

There are many people in various parts of the world who mean well, but many of them can't see the perils of "The Gold Standard." This is EXCACTLY what Rothschild wants, BECAUSE ROTHSCHILDS OWN ALL THE GOLD! Hope this makes sense, but "money" should be based on real value of productivity. Nothing to do with gold. All the gold in the world could sink below the waves tomorrow, and it would make no difference to our economic situation, or our productivity. It's just a useless, pretty metal, with a "man-made" value. The "gold standard" is a clever hoax. Please wake up, and wake up others.

Did you know that Rothschild sets the price of gold every day, on the world markets? IT'S A RACKET! He's laughing all the way to (his own) bank, at the stupidity of the goyim!

May I suggest that you do a crash course on Social Credit (C.H. Douglas.) It's all there. Please stay in touch.

THIS WAS MY REPLY:

Sorry I can't agree with you, but I do appreciate your taking the time to express your view.

The Rothschilds do not own all the gold or even close to it. Most of it is still in the ground, in the ocean, and in private hoards. Even if they did own all of it that presently is in the form of bars, that would just drive up the price and stimulate gold mining so that new supplies would quickly come into production – as now is happening around the world. When the price hits several thousands of dollars per ounce, it will be profitable to extract it from the oceans, and there is a limitless supply from that source. It's just a question of the natural balance between supply and demand – without a committee of politicians and bankers drafting a magic formula and using coercion to redirect human resources.

Bankers may hoard gold (because they understand its value more than most people) but they have always done everything possible to prevent a gold-backed currency. If they wanted it, they could have had it long ago, but (as you may have noticed) they always have worked against it. Why is that? It's because they can acquire far more wealth by expanding the money supply at will and collecting interest on money created out of nothing than they can by having limits on their money supply and collecting interest on a much smaller amount of gold-backed loans. Bankers love to possess gold but they hate a gold-backed currency because that limits their money supply and, thereby, limits the volume of loans.

Any system other than precious metals is dependent on human decree and manipulation. It must inevitably end up no different than any other fiat money. I am familiar with the social-credit scheme and find it lacking in merit. It is a social engineer's fantasy. It does not line up with human nature.

Gold has always worked well as a monetary base throughout history. It can't be improved upon. We must not fall for the line about gold being just a pretty metal, etc. It has intrinsic value even if not used for money, it does not deteriorate, it can be divided into small units and recombined again if necessary, it is scarce so it has great value in a small space, and, best of all, it can be precisely measured for purity and weight, which allows for units that are beyond human judgment and human manipulation. It is the perfect money.