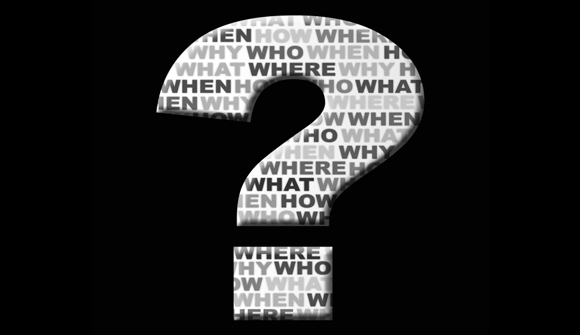 The term "fiat money" − more correctly "fiat currency" − is becoming more wide-spread than it was seven years ago when we put out a movie called FIAT EMPIRE. I certainly didn't invent the term, so I am just going along with the economic jargon as best I can. But for anyone that doesn't understand what fiat currency is, it's reasonably simple. Here's a primer.

Fiat currency is PAPER currency that is issued by government "fiat" or decree. The reason it's issued by government decree, or fiat, is because ordinarily no one would accept or use it because it can no longer be REDEEMED for gold or silver. After all, it's just PAPER. "Redeem" simply means the act of taking your PAPER currency into your local bank and having them give you GOLD or SILVER in exchange for it. In other words, the bank will redeem specie as evidenced by your paper. They will give you the amount of gold or silver specie written on the FACE of your paper bill (its "face value"). If the face of your paper bill says "$10 Silver Certificate" (instead of 10 dollars or 10 Federal Reserve Notes) the bank will give you 10 "dollars" worth of silver.

So how much silver is this? Well, it depends on the current definition of the "dollar" when you try to redeem your silver.

What most people don't understand is a "dollar" is a unit of WEIGHT. So, once a "dollar" is defined (by some authority or the free market), the bank knows how much silver to trade/give/redeem you for your $10 Silver Certificate.

Thus when you go to the bank with your ten dollar ($10) Silver Certificate, the teller will give you 8.49 ounces of silver in COIN form. Since silver is a soft metal (gold as well) the coins are never 100% pure silver. So a COIN'S weight is always a composite of silver and some other hardening metal, as in this example. Thus the bank would redeem the $10 Silver Certificate most likely with a $10 Eagle, two Half Eagles or ten silver dollar coins.

But if any of this has confused you, the good news is this: YOU DON'T HAVE TO GET LOST IN ANY OF THESE DETAILS.

The Coinage Act of 1792 established the original definition of what a dollar was to be, how much silver there was supposed to be IN a dollar COIN or redeemed for a PAPER dollar certificate. This is what we could go back to when the Gold Standard is reinstated.

But we all remember the infamous Coinage Act of 1965. At least, we should. That was the Act of a misguided Congress that turned our quarters, dimes and half dollars into clad tokens. On 23 July 1965 the Congress, operating in its own interest and in the interest of greedy New York bankers against the interest of WE THE PEOPLE, removed all the silver from DIMES and QUARTERS and debased the silver content in the HALF DOLLARS down to 40% from 90%. They then made up the weight and size of the coins with copper. Remember that ugly copper sandwich that suddenly appeared in the middle of all coins starting in 1965?

THIS WAS A SYMBOL THAT AMERICA WAS BEING CHEAPENED AND SHOULD HAVE ALARMED ALL CITIZENS.

It alarmed me. That VERY day I KNEW something was wrong in America. Just like the JFK assassination, I remember the exact place I was when I first saw the new quarters. I thought to myself: "What the hell? They took the silver out of these. Who did this? Who gave them permission to cheapen the quarters we all use?"

Well, the answer to this question is: the elite banks and the U.S. Congress. These two entities conspired to debase the currency, not only by lowering and removing the silver content, but by making none of the paper Silver Certificates redeemable in silver. They had already accomplished this with Gold Certificates long ago; now they were robbing U.S. citizens of their silver.

Why were they doing this?

If you go Wikipedia − which has become a dictionary of establishment propaganda − it says: "This act (the Coinage Act of 1965) was in response to coin shortages caused by the rising price of silver."

The rising price of silver, eh? What a bunch of horse. How can silver rise in "price" when "price" is DEFINED in silver. Point one. Point two: As G. Edward Griffin explains on page 141 of his book, The Creature from Jekyll Island, Wiki has used the old fallacy known as "the misleading theory of quantity" again. Thus, if there is NOTHING else you take away from reading these words, PLEASE come away with at least this one thing:

THE AMOUNT OF GOLD AND SILVER IN EXISTENCE IS IRRELEVANT TO THE ABILITY TO USE GOLD OR SILVER AS MONEY.

The fallacy of QUANTITY is the NUMBER ONE way apologists for FIAT CURRENCY (money NOT redeemable in silver or gold) attempt to INVALIDATE the Gold Standard. It's the number one way they attempt to BRAINWASH you into using PAPER currency, i.e., fiat currency.

The reason is simple. These people (elite bankers and corrupt congressmen) want us all using PAPER money BECAUSE THEY CAN ENDLESSLY PRINT PAPER MONEY − BUT THEY CAN'T PRINT UP GOLD OR SILVER.

By getting gold and silver out of the picture any way they can − removing it from coins, not redeeming paper bills for it, blatantly confiscating it as they did in 1934, defaulting on foreign redemptions as Nixon did in 1971, AND by making the false claim of "shortages" − they can literally print up (known as "monetizing debt" or "quantitative easing") as much currency as they want to expand the WELFARE-WARFARE state.

Again, the reason the QUANTITY of silver or gold available is of no concern is explained on page 141 of Mr. Griffin's book. If there is ever a shortage of silver, the definition of a silver dollar can be REDEFINED by Congress in the full light of day and after sufficient public debate (unlike the way the Federal Reserve Act was passed). For instance, I said above that, pursuant to the Coinage Act of 1792, a dollar is defined as 371.25 grains of pure silver. Well, if there were to be a "shortage" of silver and everyone was freaking out, a dollar COULD be redefined by an act of Congress as 300.00 grains of pure silver instead of 371.25 grains. BUT this would not even be necessary, for the market would automatically redefine the ratio of silver by weight to the number of paper certificates representing each ounce.

Thus, when one sees what is really going on, statements like − "This act was in response to coin shortages caused by the rising price of silver." – are revealed for what they are: ignorant or misleading pronouncements that serve the interests of a partnership between the banking elite and a rogue Congress that's attempting to confiscate the value of the nation's money supply. Thus, what an ignoramus of a statement like this is essentially saying is: "Oh, we can't make any more silver coins because the price of silver is too high." This may sound reasonable to the general public, but what the banking frauds who say things like this have failed to mention is: no more silver coins SHOULD be made. Why would anyone WANT to make more silver coins than the number of silver coins that have already established themselves in market circulation? Bear in mind that using silver coins PREVENTS fraudulent bankers and their rogue accomplices in Congress from INCREASING the money supply. Think about it. When the money supply is INCREASED, WHO GETS THE INCREASE OF MONEY? Well, that should not be hard to figure out. The GOVERNMENT and the BANKS get the increase. That's WHY they conspire to get control over coinage and printing of the nation's currency and eliminate GOLD and SILVER with whatever excuses they can dream up. This is also WHY the Framers of the U.S. Constitution stated in Article I, Sections 8 & 10 that money must be GOLD or SILVER COIN and no BILLS OF CREDIT are permitted.

What's a BILL OF CREDIT? It's essentially a Federal Reserve Note − what we use as "money" now that the banking frauds have extracted all the silver and gold out of our money supply. So technically, the "money" we are now using is illegal (unconstitutional), and the congressmen that played a part in effectuating the overt or covert transition to it are actually partners with the elite New York banks in a long-term criminal conspiracy. See the movie FIAT EMPIRE for details (http://www.MoviePubs.Net/singles).

Given these considerations − and the idea that you can fool some of the people some of the time but you cannot fool all of the people all of the time − is it any wonder millions are protesting (both through the Tea Party demonstrations and now the Occupy Wall Street Movement) across the country, and even the world, as fiat currency is also the source of the European debt crises as well?

The reason for the mass protests is because millions of people have had the VALUE sucked out of their lives in exactly the same way the Federal Reserve System and its rogue congressional partners sucked the SILVER out of our quarters back in 1965.

Wake up. It's time to put value back into our money and remove from power the bankers and government officials that played a part in this worldwide monetary scam. It's also time to end the unjust enrichment of the corporations that surround these banks, as Jefferson once warned there would be.