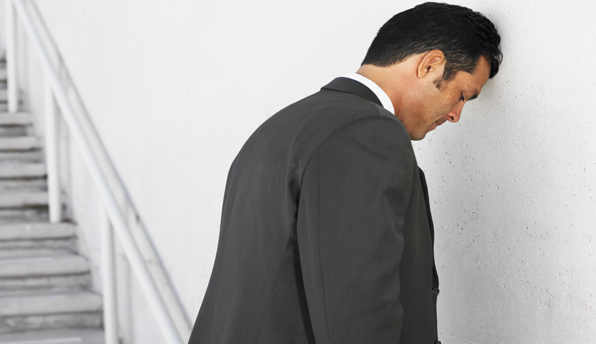 Like a carefully memorized religious incantation, politicians and central bankers continually stress how their stimulus policies are designed to promote the interests and prosperity of the middle class. Cynical observers may note that this brave political stance may have something to do with gaining the support of the vast majority of voters who identify themselves as "middle class." However, the cumulative effect of their economic programs has achieved the opposite. The middle class is being crushed under increased taxes, negative real interest rates, debased currencies and increasingly intrusive regulations.

A large and healthy middle class is the single most important bastion of democracy and freedom in the modern world. Individuals who identify with the middle class exhibit strong support of their nation and economic system. A small, weak middle class opens the political door to dictatorial control and tyranny. This was the case in the waning days of czarist Russia when, the small Bolshevik party was able to court the discontent of the underclass to seize control over more than one hundred million people.

Many government policy decisions lead Americans to take on debt, such as Clinton's homeownership push, Bush's post-911 spending prescription, or the tax code's mortgage interest deduction. As the largest debtor in the world, it is not a leap in logic to imagine the U.S. Government prefers policies that favor debtors rather than creditors. These efforts can be magnified if central bank monetary debasement destroys the value of any savings the middle class had managed to save. The explicit policy of the Federal Reserve is now to hold interest rates below the rate of inflation, which by definition discourages saving and encourages debt.In exchange for the loss of their savings, the middle class can't point to any significant gains. Wage rates in America and Europe have been largely flat for several years. In Japan, a similar recession caused a flat economy that has lasted for more than ten years while the broader economy has largely stagnated.

Meanwhile the middle classes are reeling from price increases in many of the areas that are most vital to their lives, such as food and energy. Statistics show that the share of income that Americans must devote to these basics has increased significantly in recent years. In addition, huge new stealth taxes, such as ObamaCare, threaten to dig the hole even deeper. The combination has been a serious reduction in the net disposable income of many consumers in the middle classes. However, even these reduced incomes disqualify many in the middle from government aid programs such as mortgage relief, Medicaid, and food stamps. In short, the middle class is being squeezed between lower net earnings and higher living costs. It's no wonder that many have turned to debt to get by.

Many of those members of the middle class, who have scraped and saved during their working lives, now face serious unemployment, often long-term in nature as old skills become redundant. In retirement, these people live often on fixed incomes. Many who are fearful of recession and the resulting market vulnerabilities of securitieshave hoarded cash in bank deposits. Today's interest rates manipulated downwards by central banks offer depositors less than half of one percent a year on most deposits. With even 'official' inflation running at just over one percent, bank deposits and short-term financial instruments offer only negative yields. If a more realistic rate of inflation were widely known, almost all fixed instruments, other than those of very high risk, would offer negative real yields.

Finally, the oppressive regulations and aggressive intrusion of today's government are reducing the incentive and raising the costs of starting and continuing in small businesses. In fact, a recent report detailed the increasing difficulties of starting a small business in America. Despite small but steady increases in the overall employment picture, more small businesses are cutting workers rather than bringing on new hires.

In short, the policies of central banks, combined with those of overbearing government, are crushing the middle class and with them the single most important bastion of democracy. Students of history recognize this trend as dangerous. People who believe that society offers no hope of improvement are often willing to enlist in open class warfare and subscribe to the views of dangerous demagogues. Perhaps this is the direction that Washington, Brussels, and Tokyo want to go? We should take great efforts in spreading the word that freedom is good for everyone, not just the rich.