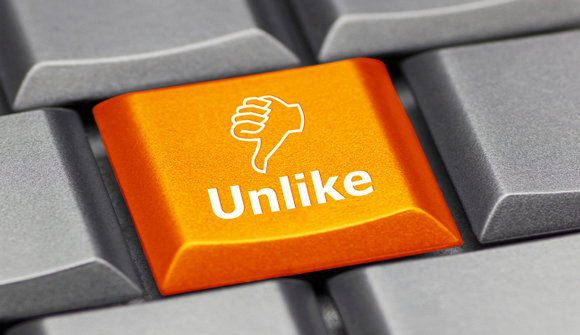 EDITORIAL
Free Speech, Facebook and the NSA: The Good, the Bad and the Ugly
By John Whitehead - June 04, 2015

THE GOOD NEWS: Americans have a right to freely express themselves on the Internet, including making threatening—even violent—statements on Facebook, provided that they don’t intend to actually inflict harm.

The Supreme Court’s ruling in Elonis v. United States threw out the conviction of a Pennsylvania man who was charged with making unlawful threats (it was never proven that he intended to threaten anyone) and sentenced to 44 months in jail after he posted allusions to popular rap lyrics and comedy routines on his Facebook page. It’s a ruling that has First Amendment implications for where the government can draw the line when it comes to provocative and controversial speech that is protected and permissible versus speech that could be interpreted as connoting a criminal intent.

That same day, Section 215 of the USA Patriot Act, the legal justification allowing the National Security Agency (NSA) to carry out warrantless surveillance on Americans, officially expired. Over the course of nearly a decade, if not more, the NSA had covertly spied on millions of Americans, many of whom were guilty of nothing more than using a telephone, and stored their records in government databases. For those who have been fighting the uphill battle against the NSA’s domestic spying program, it was a small but symbolic victory.

THE BAD NEWS: Congress’s legislative “fix,” intended to mollify critics of the NSA, will ensure that the agency is not in any way hindered in its ability to keep spying on Americans’ communications.

The USA FREEDOM Act could do more damage than good by creating a false impression that Congress has taken steps to prevent the government from spying on the telephone calls of citizens, while in fact ensuring the NSA’s ability to continue invading the privacy and security of Americans.

For instance, the USA FREEDOM Act not only reauthorizes Section 215 of the Patriot Act for a period of time, but it also delegates to telecommunications companies the responsibility of carrying out phone surveillance on American citizens.

AND NOW FOR THE DOWNRIGHT UGLY NEWS: Nothing is going to change.

As journalist Conor Friedersdorf warns, “Americans concerned by mass surveillance and the national security state’s combination of power and secrecy should keep worrying.”

In other words, telephone surveillance by the NSA is the least of our worries.

Even with restrictions on its ability to collect mass quantities of telephone metadata, the government and its various spy agencies, from the NSA to the FBI, can still employ an endless number of methods for carrying out warrantless surveillance on Americans, all of which are far more invasive than the bulk collection program.

As I point out in my new book Battlefield America: The War on the American People, just about every branch of the government—from the Postal Service to the Treasury Department and every agency in between—now has its own surveillance sector, authorized to spy on the American people. Just recently, for example, it was revealed that the FBI has been employing a small fleet of low-flying planes to carry out video and cell phone surveillance over American cities.

Then there are the fusion and counterterrorism centers that gather all of the data from the smaller government spies—the police, public health officials, transportation, etc.—and make it accessible for all those in power.

And of course that doesn’t even begin to touch on the complicity of the corporate sector, which buys and sells us from cradle to grave, until we have no more data left to mine. Indeed, Facebook, Amazon and Google are among the government’s closest competitors when it comes to carrying out surveillance on Americans, monitoring the content of your emails, tracking your purchases and exploiting your social media posts.

“Few consumers understand what data are being shared, with whom, or how the information is being used,” reports the Los Angeles Times. “Most Americans emit a stream of personal digital exhaust — what they search for, what they buy, who they communicate with, where they are — that is captured and exploited in a largely unregulated fashion.”

It’s not just what we say, where we go and what we buy that is being tracked. We’re being surveilled right down to our genes, thanks to a potent combination of hardware, software and data collection that scans our biometrics—our faces, irises, voices, genetics, even our gait—runs them through computer programs that can break the data down into unique “identifiers,” and then offers them up to the government and its corporate allies for their respective uses.

All of those internet-connected gadgets we just have to have (Forbes refers to them as “(data) pipelines to our intimate bodily processes”)—the smart watches that can monitor our blood pressure and the smart phones that let us pay for purchases with our fingerprints and iris scans—are setting us up for a brave new world where there is nowhere to run and nowhere to hide.

For instance, imagine what the NSA could do (and is likely already doing) with voiceprint technology, which has been likened to a fingerprint. Described as “the next frontline in the battle against overweening public surveillance,” the collection of voiceprints is a booming industry for governments and businesses alike. As The Guardian reports, “voice biometrics could be used to pinpoint the location of individuals. There is already discussion about placing voice sensors in public spaces, and [Lee Tien, senior staff attorney with the Electronic Frontier Foundation] said that multiple sensors could be triangulated to identify individuals and specify their location within very small areas.”

That, of course, is the point.

Whatever recent victories we’ve enjoyed—the Second Circuit ruling declaring the NSA’s metadata program to be illegal, Congress’ inability to reauthorize Section 215 of the Patriot Act, even the Supreme Court’s recognition that free speech on the internet may be protected—amount to little in the face of the government’s willful disregard of every constitutional safeguard put in place to protect us from abusive, intrusive government agencies out to control the populace.

Already the American people are starting to lose interest in the spectacle of Congress wrangling, debating and negotiating over the NSA and the Patriot Act.

What remains to be seen is whether, when all is said and done, the powers-that-be succeed in distracting us from the fact that the government’s unauthorized and unwarranted surveillance powers go far beyond anything thus far debated by Congress or the courts.

This article provided courtesy of The Rutherford Institute.