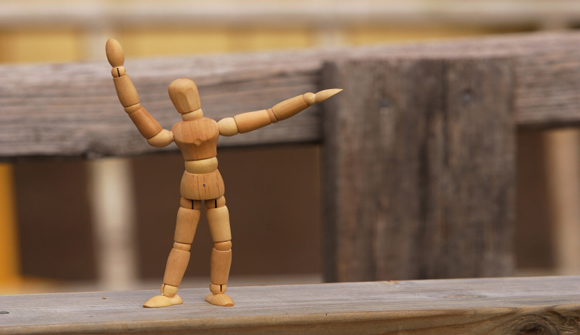 EDITORIAL
No Matter Who Wins the White House, the New Boss Will Be the Same as the Old Boss
By John Whitehead - April 15, 2015

"What the government is good at is collecting taxes, taking away your freedoms and killing people. It's not good at much else." –Author Tom Clancy

The American people remain eager to be persuaded that a new president in the White House can solve the problems that plague us. Yet no matter who wins this next presidential election, you can rest assured that the new boss will be the same as the old boss, and we—the permanent underclass in America—will continue to be forced to march in lockstep with the police state in all matters, public and private.

Indeed, as I point out in my new book, Battlefield America: The War on the American People, it really doesn't matter what you call them—the 1%, the elite, the controllers, the masterminds, the shadow government, the police state, the surveillance state, the military-industrial complex—so long as you understand that no matter which party occupies the White House in 2017, the unelected bureaucracy that actually calls the shots will continue to do so.

Consider the following a much-needed reality check, an antidote if you will, against an overdose of overhyped campaign announcements, lofty electoral promises and meaningless patriotic sentiments that land us right back in the same prison cell.

FACT: For the first time in history, Congress is dominated by a majority of millionaires who are, on average, fourteen times wealthier than the average American. According to a scientific study by Princeton researchers, the United States of America is not the democracy that it purports to be, but rather an oligarchy, in which "economic elites and organized groups representing business interests have substantial independent impacts on U.S. government policy."

FACT: Thanks to an overabundance of 4,500-plus federal crimes and 400,000-plus rules and regulations, it is estimated that the average American actually commits three felonies a day without knowing it. In fact, according to law professor John Baker, "There is no one in the United States over the age of 18 who cannot be indicted for some federal crime. That is not an exaggeration."

FACT: The number of violent crimes in the country is down substantially, the lowest rate in forty years, while the number of Americans being jailed for nonviolent crimes such as driving with a suspended license is skyrocketing.

FACT: Despite the fact that women only make up 8 percent of the prison population, they are more likely to be strip searched, though not more likely to carry contraband.

FACT: Despite the fact that we have 46 million Americans living at or below the poverty line, 16 million children living in households without adequate access to food, and at least 900,000 veterans relying on food stamps, enormous sums continue to be doled out for presidential vacations ($16 million for trips to Africa and Hawaii), overtime fraud at the Department of Homeland Security (nearly $9 million in improper overtime claims, and that's just in six of the DHS' many offices)HurricaHur, and Hollywood movie productions ($10 million was spent by the Army National Guard on Superman movie tie-ins aimed at increasing awareness about the National Guard).

FACT: Since 2001 Americans have spent $10.5 million every hour for numerous foreign military occupations, including in Iraq and Afghanistan. There's also the $2.2 million spent every hour on maintaining the United States' nuclear stockpile, and the $35,000 spent every hour to produce and maintain our collection of Tomahawk missiles. And then there's the money the government exports to other countries to support their arsenals, at the cost of $1.61 million every hour for the American taxpayers.

FACT: It is estimated that 2.7 million children in the United States have at least one parent in prison, whether it be a local jail or a state or federal penitentiary, due to a wide range of factors ranging from overcriminalization and surprise raids at family homes to roadside traffic stops.

FACT: Police officers are more likely to be struck by lightning than be made financially liable for their wrongdoing.

FACT: On an average day in America, over 100 Americans have their homes raided by SWAT teams.There has been a notable buildup in recent years of SWAT teams within non-security-related federal agencies such as the Department of Agriculture, the Railroad Retirement Board, the Tennessee Valley Authority, the Office of Personnel Management, the Consumer Product Safety Commission, the U.S. Fish and Wildlife Service, and the Education Department.

FACT: The FBI's Next Generation Identification (NGI) facial recognition system, which is set to hold data on millions of Americans, will include a variety of biometric data, including palm prints, iris scans, and face recognition data. The FBI hopes to have 52 million images by 2015. NGI will be capable of uploading 55,000 images a day, and conducting tens of thousands of photo searches a day.

FACT: Devices are now being developed that would allow police to stop a car remotely, ostensibly to end police chases.

FACT: In 2015 mega-food corporations will begin rolling out high-tech shelving outfitted with cameras in order to track the shopping behavior of customers, as well as information like the age and sex of shoppers.

FACT: If knowledge is power, it's no wonder Americans are in hot water. According to a study by the National Constitution Center, 41 percent of Americans "are not aware that there are three branches of government, and 62 percent couldn't name them; 33 percent couldn't even name one."

FACT: The United States is one of the highest TV viewing nations. According to a Nielsen report, the average American over the age of two "spends more than thirty-four hours a week watching live television . . . plus another three to six hours watching taped programs."

FACT: Only six out of every one hundred Americans know that they actually have a constitutional right to hold the government accountable for wrongdoing, as guaranteed by the right to petition clause of the First Amendment.

FACT: According to a Gallup poll, Americans place greater faith in the military and the police than in any of the three branches of government. However, when asked to name the greatest problem facing the nation, Americans of all political stripes ranked the government as the number one concern. In fact, almost eight out of ten Americans believe that government corruption is widespread.

Perhaps the most troubling fact of all is this: we have handed over control of our government and our lives to faceless bureaucrats who view us as little more than cattle to be bred, branded, butchered and sold for profit.

If there is to be any hope of restoring our freedoms and reclaiming control over our government, it will rest not with the politicians but with the people themselves. When all is said and done, each American will have to decide for themselves whether they prefer dangerous freedom to peaceful slavery.