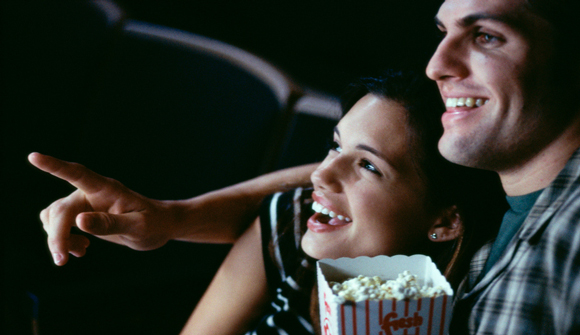 Students in the state's official propaganda institutions learn about the wonders of the ­­democratic process, so called, throughout their years of formal study. But the truth is on full display during a presidential election season. These are not wise statesmen, discussing matters of importance from a disinterested, platonic summit, but narcissistic power-seekers shoveling ill-gotten gains to favored constituencies.

Elections have sometimes been compared to markets: just as firms compete for consumer dollars, political candidates compete for citizens' votes. But the comparison is a superficial one.

When the consumer spends his dollar, he is guaranteed to receive what he purchases. So he researches that big-screen television, or automobile, or tablet, or smartphone. He considers his options and decides which one best suits his needs. He perceives the benefits that accrue to him from his purchase, and he is also aware of their cost. He immediately reaps the benefits of a wise purchase, and immediately suffers the loss associated with an unwise purchase.

When the citizen casts his vote, he gets what he votes for only if 50 percent of the rest of the population votes for the same candidate he does. So he may not in fact suffer any adverse consequences from a poorly cast vote. Likewise, the politician he chooses may win but not carry through on his promises. Again, there is no direct feedback mechanism for the voter the way there is for the buyer on the market, who immediately reaps the benefits of an informed decision and suffers the consequences of a decision made from ignorance. And although he perceives the alleged benefits bestowed by the state, he has no idea what their cost is.

And of course, there is zero chance that one person's vote will decide an election. As a result, a voter has no reason to bother researching his options, nor entering the government booth to begin with. He may cast his vote on the most superficial basis, the kind of basis on which he would never rest his decision to purchase a consumer good.

Meanwhile, and by stark contrast, those pressure groups that expect and intend to extract favors and loot from the state apparatus know every last detail about the state, its personnel, and its activities.

Because it is so unlike the market economy, politics operates according to perverse principles. Instead of reason and evidence, political campaigns appeal to emotion and irrationality. Consultants labor obsessively to uncover just the right combinations of words and images to project an attractive package to the voting public. Meanwhile, when a candidate in an unguarded moment thoughtlessly utters a truthful statement, you can be sure each of his rivals will solemnly denounce it, and that it will be formally retracted within 24 hours.

This is why it was such a thrill to watch Ron Paul in the 2008 and 2012 election cycles. If you want to raise money and win votes, political consultants would say, then flatter your audience, avoid specifics, speak in platitudes, weep over your love for America, and so on. But Ron gave honest, unrehearsed answers to whatever he was asked, and paid no attention to focus groups or political fashion.

And this is precisely why Ron raised all the money he did. In the fourth quarter of 2011, remember, Ron led the entire GOP pack in fundraising.

Who else in political life was saying that the Fed, far from the savior of the economy, was the cause of the boom-bust cycle? Who else would denounce the drug war even in the most conservative states? Who else described peace and nonintervention as moral imperatives, and called the warfare state a racket through and through?

This is what got Ron noticed. These were opinions no one had ever heard in political life before. Had there ever been so principled a noninterventionist? The very idea of nonintervention as a consistent philosophy had never before found a place in the American foreign policy debate, which had always revolved around degrees and forms of intervention. And certainly no one had ever made the Fed a political issue, or opposed it vociferously and on principle.

In that way, Ron became a phenomenon without any deliberate effort on his part. In the course of ignoring the conventional wisdom on what to say and how to act during a campaign, Ron generated so much enthusiasm and fundraising that politicians started coming out of the woodwork to implore him to share his secrets. What new trick had he discovered? I just told the truth, Ron told his dejected inquirers.

He accomplished this because he was so radically unlike the other candidates – in 2012 or in any other year. He did not expect to fool people into voting for him by being coy or inconsistent in his views, or by compromising just enough, in the vain hope that the party establishment would give him a fair hearing.

Whether it's the surveillance state, Federal Reserve inflation, or the latest chapter in the ludicrous and self-defeating "War on Terror," the highest-ranking people in both parties can be counted on to demonize dissident voices. The official media, in turn, with anyone even slightly unorthodox now out of the picture, then pretends that the American public is faced with a grave and dramatic choice.

It never is, of course. It was Republican think-tanks, for example, that had been pushing the individual mandate, the very heart of Obamacare, years before the election of Barack Obama. Neither candidate will have a fundamental objection to the Federal Reserve, so the most important economic institution in the country, and certainly the most damaging, won't even be discussed, much less challenged or actually abolished. And there will assuredly be no departure from the consistent, bipartisan foreign policy of war and empire.

This is why a truth-telling political blog can do some good: it punctures the abiding myths of the American political system and the media classes that perpetuate them. For that reason, I've resurrected the one-man Political Theatre blog I launched in 2011. I'll be following the race from now until the bitter end, so be sure to join me there!

Even if, per impossibile, a candidate were elected who favored slashing and abolishing everything in sight, he'd be up against the entrenched interests of millions of government employees, all of whose livelihoods depend on defeating his best efforts. One of the most preposterous of Karl Marx's ideas was that the state has no interests of its own – it was merely an instrument by which the ruling class exploits everyone else, and nothing more.

But what could be more obvious than the utter falsity of this claim? It was exploded in the USSR itself, where the bureaucracy was consistently looking out for its own interests, ideology be damned. In the US and elsewhere, the situation is much the same: an entrenched bureaucracy seeks ever more power and resources for the sake of perpetuating its own existence.

Meanwhile, we are solemnly assured that this preposterous display constitutes the very best political system available to man (it's "the worst system except for all the others," a wag famously said), which means that in following this spectacle over the next 18 months, we are observing the state at its best. If this is the state at its best, isn't it time to make the leap to anarcho-capitalism?