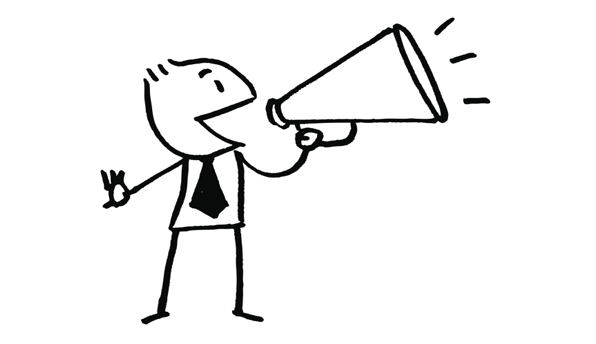 Until Ron Paul raised the issue at the national level in 2007, the Federal Reserve System had been treated with the kind of lazy indifference or acquiescence with which the public gradually comes to accept any institution of long standing. To be sure, most of the public still treats it that way. They have not lost sufficient confidence in the so-called experts, despite the debacle of 2008, to give the Fed a second (or even a first) look.

But a skeptical minority is growing sizable enough to influence the debate. Whether any major change to our monetary system will take place of course remains to be seen. What we can know for sure is that the kind of scrutiny of the Fed we have seen over the past several years is not going away. Monetary policy will forever take place against the backdrop of an articulate and expanding segment of the population that dissents from Fed policy not because it is too tight or too expansionary, but because it exists in the first place.

The general public has been led to believe that the economy is a giant number that goes up and down. It is thought to be the role of the monetary authority to push that number back up whenever it shows signs of falling. The only potential drawback to such a course of action, the public is told, is the risk of an increase in consumer prices, which is a chance our policymakers have traditionally been willing to take.

But the economy is not a giant number. It is a latticework of interlocking production processes that work in implicit cooperation with one another to produce the diverse array of goods we enjoy. This latticework comes together without the need for central direction. It is assembled with the aid of the price system to which the free market gives rise. Economic calculation, the profit-and-loss reckoning that a free price system makes possible for the entrepreneur, directs resources into their most value-productive uses, and constantly pushes the economy toward an outcome in which the ever-changing desires of consumers are satisfied in the most cost-effective way in terms of opportunities foregone.

"Monetary policy" introduces white noise and confusion into this spontaneous process, and distorts the pattern of resource allocation that would have occurred in its absence. Interest rates on the unhampered market coordinate production across time. When consumers want more of existing products right now, that's what the market produces. When consumers prefer to save more of their income, the market accordingly gets to work on projects that will mature in the future, when consumers are once again prepared to spend.

Artificially low interest rates, brought about by the central bank, affect the profitability of different production projects differently. Projects that are farther removed in time from finished consumer goods are given artificial stimulus by this contrived lowering of interest rates. These projects, which seem profitable at the time they are begun, run into difficulties as the true saving and consumption preferences of the public are revealed and the real saving necessary to fund them does not materialize.

Thus the central bank's intervention rearranges the structure of production into an unsustainable configuration. Entrepreneurs are misled into investing in projects that do not conform to the pattern of consumer demand. Projects are begun for which the complementary resources are not available in sufficient quantities. As it becomes clear that this apparent prosperity is built on sand, the monetary authority is tempted to increase the dose of monetary pumping and push interest rates still lower. Should they do so, they deform the economy even further, and increase the number of lines of production that can survive profitably only if the loose monetary policy continues.

This is what F.A. Hayek meant when he said of inflationary monetary policy that "its stimulus is due to the errors which it produces." It stimulates activity, all right, but not the kind of activity consumers demand. The more artificial stimulus the Fed creates, the more artificial the economy itself becomes. Ever more production projects come to rely for their profitability not on whether they involve the employment of resources within the latticework of production in such a way as best to serve consumer preferences, but instead on whether the central bank continues to pump in cheap money. The more such interventions the Fed engages in, the larger the sector of the economy whose survival comes to depend on the continuation of those interventions, and the harder the system will crash when the central bank finally decides to scale back or discontinue its activities.

As Jim Grant observes, "My fear is that because interest rates are suppressed, therefore earnings are inflated. So when rates go up … the hall of mirrors is shattered and we look at each other and see what actually is real rather than what the Fed wants us to believe."

Meanwhile, the world's central banks, and the financial journalists who enable them, act as if every right-thinking person knows that monetary central planning has been a tremendous success, and that only the grossly uninformed or the blindly ideological could dissent from this near-universal judgment.

David Stockman cleaned the clock of every bailout apologist in his indispensable 2013 book The Great Deformation, so I won't expand on that here. I'll say only that every one of the scare claims made in the media and by the political class has subsequently been exposed as a fraud. The alleged flight from money-market funds, the purported danger to Main Street banks of AIG's credit-default swap problem, and the whole collection of phony claims of 2008 stand forever exposed as the pretexts for the expansion of government power that the most astute economists pegged them as at the time.

Meanwhile, what has the Fed's record been like so far in the twenty-first century? Stockman writes:

"If the monetary central planners have been trying to create jobs through the roundabout method of "wealth effects," they ought to be profoundly embarrassed by their incompetence. The only thing that has happened on the job-creation front over the last decade is a massive expansion of the bedpan and diploma mill brigade; that is, employment in nursing homes, hospitals, home health agencies, and for-profit colleges. Indeed, the HES complex accounts for the totality of American job creation since the late 1990s."

Moreover, the number of breadwinner jobs did not increase at all between January 2000 and January 2007, remaining at 71.8 million. The booms in housing, the stock market, and household consumption had only this grim statistic to show for themselves. When we consider the entire 12-year period beginning in the year 2000, there has been a net gain of 18,000 jobs per month — one-eighth of the growth rate in the labor force.

In the wake of the crash, the Fed has continued to gin up the stock market. By September 2012 the S&P had increased by 115 percent over its lows during the bust. Of the 5.6 million breadwinner jobs lost during the correction, only 200,000 had been restored by then. And during the vaunted recovery, American households spent $30 billion less on food and groceries in the fall of 2012 than they did during the same period in 2007.

This is the record that the Fed's allies are forced to defend.

And defend it they do. Although I am happy to say that more Austrian economists are in faculty positions around the country than ever before, the university system remains a notoriously uncongenial place for ideas that challenge existing orthodoxy. At the Mises Institute we supply instruction in economics, through online courses as well as in-person seminars and special events, outside the traditional university setting. We bring our case directly to the general public through short videos, articles, publications, and other media. We make an end run around the guardians of approved opinion.

Renaissance humanism and the Scientific Revolution, two major intellectual events in the history of the West, occurred largely outside the university system, which was dominated by conventional thinking and obeisance to traditional sources and authorities. Although the number of Austrian School economists working within the university system is on the rise, it is in the writing and speeches they produce outside the university where they are liable to have the greatest impact and reach the largest audience.

In the 1830s, William Leggett, the antislavery Jacksonian editorial writer in New York, proposed the lovely phrase "separation of money and state." He was on to something. Ludwig von Mises once said that the history of money is the history of government efforts to destroy money, and Hayek observed that we have no reason to expect governments to give us good money. To the contrary, we have every reason to expect governments to exploit their positions as monopolists of the production of money in ways that increase their power and benefit favored constituencies.

We do not need "monetary policy" any more than we need a paintbrush policy, a baseball bat policy, or an automobile policy. We do not need a monopoly institution to create money for us. Money, like any good, is better produced on the market within the nexus of economic calculation. Money creation by government or its privileged central bank yields us business cycles, monetary debasement, and an increase in the power of government. It is desirable from neither an economic nor a libertarian standpoint. If we are going to utter monetary truths, this one is the most central and subversive of all.

This talk was delivered at the annual meeting of the Committee for Monetary Research and Education in New York City on May 22, 2014.