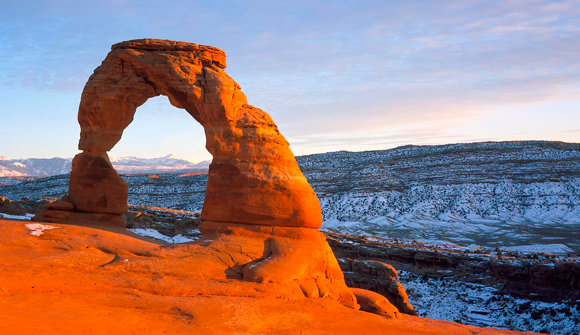 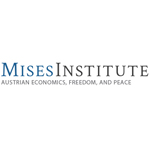 EDITORIAL
Can the States Seize Control of Federal Lands?
By Mises Institute - August 22, 2015

The term “Sagebrush Rebellion” is again showing up in newspapers across the American west as states seek more control over federal lands within their own boundaries. As with the original Sagebrush Rebellion of the 1970s and 1980s, several western states, where the federal government owns well over one-third of land within the states, have begun to look to more local control of lands as an answer to federal indifference, mismanagement, and outright hostility. In at least one case — Utah — the state has initiated a lawsuit in an effort to wrest more control of lands out of federal hands.

The Los Angeles Times, in the socio-economic basket case known as California, dismissed the idea outright in an unsigned editorial, declaring the idea to be an affront against unfairly maligned federal supremacy. The Denver Post, meanwhile, offered last month a more evenhanded assessment, suggesting that the cost to the state of maintaining public lands — in the form of fire-fighting, forestry, and more — is too high to be worth it.

Federal control of lands within states has long been a source of contention between states and the federal government.

Throughout most of the nineteenth-century, though, it was accepted that virtually all of this land should eventually be handed over to states and to settlers. In the second half of the century, this was mostly done through various homestead acts and by large land grants to the railroads.

The far west and Rocky Mountain west offered new problems, however, because those lands did not lend themselves to homesteading in the way imagined by the Congress. Much of the west is too dry to allow for workable homesteads on the small plots allowed under federal law at the time. Thus, the only way such lands could be profitable was if much larger amounts of land were allowed to single owners.

Politically, however, this did not work either, since the Progressive movement opposed ownership of large plots by corporate mining operations, or by other owners who did not fit the romanticized image of the self-sufficient homesteader. Over time, the federal government took over these lands permanently, refusing ownership to states which were portrayed by Progressives as being in the pockets of corporate interests.

In more recent times, this has led to conflicts in which local economic interest conflicts with federal plans for lands, and in which federal control of lands has actively hurt local economies. For example, to please environmentalists, the federal government continues to close off roads in federal lands that have long been used by local residents for a variety of purposes. Moreover, the federal government collects taxes and fees on lands that state governments would rather tax themselves.

But the most memorable recent examples probably occurred in 2013 when the federal government shut down national parks and other federal lands frequented by tourists. The federal government dispatched federal agents armed with assault rifles who forcibly ejected visitors from the allegedly “public lands.” Meanwhile, nearby towns that rely on tourists for the local economy were powerless to open the parks themselves. State officials, who are far more sensitive to local economic needs than members of Congress or the White House, were also powerless to do anything.

But, at that point, the political damage had been done. Many states realized that if they were going to have to pay the federal government to access their own lands, there may be a problem with the arrangement.

And finally, when dealing with the federal government, it’s important to remember that only immense political and corporate interests generally have much chance of influencing federal policy. Because of the cost of doing business with the feds in Washington (it’d be much higher than the cost of influencing state or local governments), federal lands are primarily a battleground between large, well-funded environmental groups and huge corporate organizations. Small companies, landowners, or conservation groups have little-to-no hope of influencing how lands are controlled or owned.

Can States Afford to Take Over Federal Lands?

Even those who are sympathetic to the decentralization of federal lands have long questioned whether or not states would want to assume the cost of managing them. Even if states took over federal lands, in most western states, there is little danger of those lands being privatized. Coloradans, for example, like their “public” forests just fine, and would be in no rush to hand them over to the Ted Turners of the world. This means that the states (i.e., the taxpayers) would have to pay for intervention in forest fires, road maintenance, erosion control, and other expenses associated with managing public lands.

Those who think the transfer would be too costly cite a study of Utah’s public lands which claims that a transfer of federal lands to the Utah government would cost the state’s economy $280 million annually, plus $150 million in federal salaries.

Now, it should be remembered that studies like these are pretty sketchy. They take all of the federal monies spent on jobs related to federal lands and then declare that all that money would disappear if the federal government were removed from the equation. They do not consider that, if states were allowed to control these lands, they might manage them better, increase fee income, allow greater levels of economic growth, and avoid local economic disasters like the federally-mandated closing of parks.

The Problem of Direct Taxation

But the biggest hole in this analysis is the fact that all of these states ignore the tax revenues that states like Utah and Colorado pay to the federal government. Federal taxes collected in Utah in fiscal year 2012, for example, totaled $15.6 billion. At the same time, according to several sources, Utah is a net taxpayer state, which means its citizens pay more in federal taxes than the state received back in federal spending. In Utah’s case, the federal government spends 66 cents for every dollar in federal taxes collected from the state. Thus, we could conclude that the IRS collects $5.6 billion more in taxes than the state receives back. And this happens year over year.

That allegedly “lost” $280 million doesn’t look quite so big compared to the $5.6 billion extracted from the state by the feds every year. Were that money allowed to remain in Utah, there is no question as to the ability of the state to manage public lands.

Similarly, in Colorado, which is also a net taxpayer state, the IRS collected $41.2 billion in tax revenues. But, the federal spending in the state totals only 64 cents for every federal tax dollar spent. This means that, every year, Coloradans pay about $15 billion more in taxes than is spent by the feds within Colorado.

One Colorado official has claimed that, without federal spending, one major forest fire would “obliterate” the state budget. That’s a pretty vague term, but given that Colorado only collects $12 billion in state taxes compared to the federal take of $41 billion, the biggest potential drain on Colorado productivity isn’t exactly wildfires.

From a legal perspective, of course, it’s useless to discuss any of this. Ever since the rejection of the Articles of Confederation, and the adoption of the new Constitution, it is quite clear in federal law that the federal government can directly tax citizens without any regard whatsoever for state and local governments, or apportionment among the states. Apportionment, which was a halfway measure that attempted to even out tax burdens among states, was essentially eviscerated shortly after the Constitution was adopted when early Supreme Court decisions declared that apportionment didn’t apply if it was an inconvenience to federal tax collectors. The Sixteenth Amendment, while not creating the phenomenon of direct taxation, merely strengthened the federal government’s hand considerably.

So, today, the states themselves are financial bystanders when it comes to federal spending and the ability of states to control taxes, spending, and resources within their own borders. The perpetual drain on state wealth in net taxpayer states is routinely ignored. The federal government can now extract $15 billion more — net — than it spends in a state, and then claim it is making a fabulously generous gift to the state when it does spend a fraction of what it has already taken. Utah and Colorado may get lucky and be able to somehow take control of federal lands. But, lessened federal spending in the state won’t translate into a lower tax bill for anyone.

This article, by Ryan McMaken, contributed courtesy of the Mises Institute.