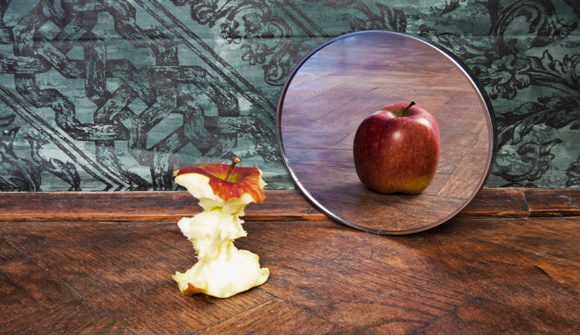 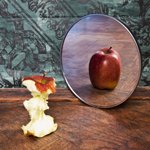 EDITORIAL
How GDP Metrics Distort Our View of the Economy
By Mises Institute - May 15, 2015

GDP purports to measure economic activity while largely divorcing itself from the quality, profitability, depth, breadth, improvement, advancement, and rationalization of goods and services provided.

For example, even if a ship – built at great expense – cruised without passengers, fished without success, or ferried without cargo; it nevertheless contributed to GDP. Profitable for investors or stranded in the sand; it added to GDP. Plying the seas or rusting into an orange honeycomb shell; the nation’s GDP grew.1

Stated alternatively, GDP fails to accurately assess the value of goods and services provided or estimate a society’s standard of living. It is a ruler with irregular hash marks and a clock with erratic ticks.

As proof, observe this absurdity: in 1990, Soviet GDP equaled half of US GDP, according to the 1991 CIA Factbook. No one visiting the Soviet Union in 1990 would believe their economy came close to 50 percent of the quality and quantity of the goods and services produced in America. GDP-defined production may have been strong, but laying roads to nowhere, smelting unusable steel, and baking barely edible breads stretches the definition of “production.” And this describes the goods which were actually produced. There is no accounting for the opportunity cost of forfeited essential goods and services.

How can this be? Why does GDP poorly reflect economic size and vitality? The blame largely resides with three fallacious concepts embedded within GDP “measurements”:

(3) imports should be netted against exports.

The Overstatement of Consumption

Which transactions should be included within GDP? Since most products consist of other products, GDP architects attempt to avoid “double counting” transactions by largely including only final goods and services produced. By their methods, the production of a car is counted (as an increase in inventory), but the metal, rubber, and plastic purchased in its creation is not. But the rules behind what makes a transaction “final” are arbitrary. The logic could just as easily justify including the sale of an automobile to a consumer and disregarding its previous production. In addition, any “final” transaction during a given time period does not necessarily include intermediate goods produced in that same time period: metal, rubber, and plastic purchased today will likely be for a different car produced or sold in a different (future) time period.

Regardless as to the arbitrary nature of determining final sales and notwithstanding the problem of temporally matching intermediate goods with their associated final sales, the exclusion of certain “intermediate” transactions simply excludes massive volumes of economic activity. Thus, GDP understates the economy as a whole while grossly overstating its consumption component relative to business investment. A better measure of overall production was created in 2014 when the US Commerce Department began publishing Gross Output which incorporates intermediate transactions. Using Gross Output, the commonly cited statistic of consumption accounting for 70 percent of all economic activity quickly falls to a mere 40 percent.

The Treatment of Government Expenditures as Productive

If GDP purports to measure economic activity which benefits society, the inclusion of government expenditures is dubious. GDP “produced” in the Soviet Union is no different than GDP “produced” by any government – the difference is but one of scale. All government spending is to some degree malinvestment, for as Murray Rothbard noted:

Spending only measures value of output in the private economy because that spending is voluntary for services rendered. In government, the situation is entirely different … its spending has no necessary relation to the services that it might be providing to the private sector. There is no way, in fact, to gauge these services.

The absence of voluntary action renders prices impotent, and without true price discovery, benefits cannot be ascertained. This does not mean all goods and services provided by government would cease to exist; rather, some production (e.g., hospitals, schools, roads, etc.) would revert to the private sector. To the extent government expenditures for goods and services would be produced by the free market, the true government contribution to GDP may be positive but overstated (it currently approximates 20 percent of US GDP). A more accurate depiction of economic activity would reduce if not eliminate the contribution of government expenditures. Or perhaps, as Rothbard argued, the higher of government receipts or expenditures should actually be deducted from GDP since “all government spending is a clear depredation upon, rather than an addition” to the economy.

The Problems of Subtracting Imports from Exports

As Robert Murphy has noted several times, the netting of imports against exports in determining GDP seriously understates the contribution of trade to overall economic activity. To wit, an economy which exports $1 and imports $1 will have the same GDP contribution (zero) as one which exports $100 billion and imports $100 billion. Obviously, the latter economy would be far worse off with the sudden cessation of trade.

A fixture of GDP is the mercantilist mentality of treating exports positively and imports negatively. Why are exports additive to GDP while imports are deductive? If the goal of GDP is to measure the goods and services provided to people within a geographic region, imports – not exports – are the benefit. Exports are but payment for imports. The problem and confusion arises because the GDP calculation unrealistically excludes other forms of payment: it should make a difference if imports are funded with increasing debt levels or if funds are accumulated from previous years of compensated exports. If China converted over $1 trillion in US debt instruments into imports of American goods and services, its people benefit today, but under GDP accounting, the negative impact of imports would offset greater consumption and/or government spending (the increase in GDP was previously realized in the years during which exports created a trade surplus).

GDP is Designed to Advance the Keynesian Agenda

Simon Kuznets (1901–1985) revolutionized econometrics and standardized measurements of GDP. After honing his statistical craft in Bolshevik Russia, he moved to the United States where he continued his research which eventually culminated in his 1941 book, National Income and Its Composition, 1919–1938. While not a Keynesian per se, the nature and timing of his research fueled the Keynesian revolution since central planning requires economic statistics. As Murray Rothbard noted:

GDP’s faulty theoretical underpinnings and politically motivated acceptance distort the performance and nature of an economy while failing to satisfactorily estimate a society’s standard of living. In fact, Kuznets partially understood this. In his very first report to the US Congress in 1934, Kuznets said “the welfare of a nation [can] scarcely be inferred from a measure of national income.” Yet the blind usage of GDP persists. That its permanence and persistence only serves the Keynesian policies of greater consumer spending, increased government expenditures, and larger exports through currency debasement should not be considered coincidental. Unfortunately, the resulting economic stagnation, debt accumulation, and price inflation are as inevitable as they are predictable.

1Starting in December of 1991, the Bureau of Economic Analysis (BEA) of the U.S. Department of Commerce emphasized gross domestic product (GDP) over that of gross national product (GNP) as a measurement of production within the U.S. The difference between GNP and GDP lies in the treatment of income from foreign sources: GNP measures the value of goods and services produced by U.S. nationals, while GDP measures the value of goods and services produced within the boundaries of the U.S., regardless as to the nationality of ownership. For purposes of this article, the differences between each measurement are unimportant and therefore “GDP” is utilized synonymously with GNP.

This article by Christopher P. Casey provided courtesy of The Mises Institute.