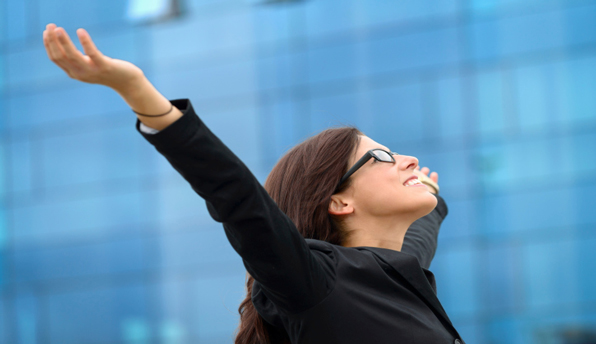 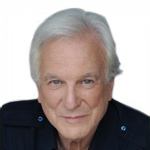 EDITORIAL
Reflections on Capitalism – Part I
By Nathaniel Branden - February 25, 2011

A few years ago, I received a telephone call from a young female Ph.D candidate in psychology. She learned that I would be lecturing at a conference in S. Carolina, which she would be attending, and she wanted to meet me there – to discuss my becoming a consultant to her on her doctoral thesis. She described herself as an admirer of my work. Only when we began to discuss how we would find each other at the conference did she mention that she was blind. I was a bit stunned: how could a blind woman know my work so well?

She chuckled when I asked that question, told me to wait a minute, and the next thing I heard was a mechanical voice reading from The Six Pillars of Self-Esteem.

It was a computer-driven reading machine, she explained. First, it scans the pages of the book, then translates the signals into spoken words.

I thought of the scientists who identified the laws of nature that underlay this achievement, of the inventors who converted those laws into usable technology, and of the businesspersons who organized the factors of production to manufacture this machine and make it available in the marketplace. None of these people are what the conventional world calls "humanitarian." And yet if lightening the burden of human existence and ameliorating suffering are considered noble activities, then weren't the people behind this achievement benefactors of humanity by any rational standard? What act of "compassion" for this woman could rival what was given her, not out of someone's pity or kindness, but of someone's passion to achieve and to make money in the process.

We do not often hear the terms "humanitarian" or "life-serving" applied to business executives or entrepreneurs, certainly not when they are engaged in the normal process of their work. Yet if we think in terms of measurable results, such as jobs created, lives enriched, communities built, living standards uplifted, and poverty healed, a handful of capitalists have done infinitely more for their fellow men than all the self-serving politicians, academics, social workers, or religionists who march under the banner of "compassion" (and often look down on those engaged in "commerce").

Warren Brooks makes this point eloquently in his book The Economy in Mind:

[Ernst] Mahler was an entrepreneurial genius whose innovative ideas and leadership, over a period of about 20 years, transformed this once-small, insular newsprint and tissue manufacturer [Kimberly Clark] into one of the largest paper corporations in the world, which gives prosperous employment to more than 100,000 and produces products (which Mahler helped innovate) that are now used by more than 2 billion people. Mahler became enormously wealthy, of course. Yet his personal fortune was insignificant when compared with the permanent prosperity he generated, not only for his own company but for the hundreds of thousands who work for industries which his genius ultimately spawned and that long outlived him—not to mention the revolutionary sanitary products that have liberated two generations of women, or the printing papers that completely transformed international publishing and communications for fifty years.

I can safely predict that you have never heard of him up to this moment. Not one person in a 100 million has. Yet his contribution has permanently uplifted the lives of millions and far exceeds in real compassion most of our self-congratulatory politicians and "activists" whose names are known to all.

In an ethical context, "selflessness" means: devoid of, or untainted by, self-interest. So to behave selflessly is to act without concern for any benefit to oneself. This is commonly regarded as the essence of morality. It is presumed to be the way that "spiritually evolved" people behave. Indeed, such behavior sometimes is taken as evidence of one's "spirituality."

Let us see if this doctrine is compatible with the principle of living consciously.

Observe, first of all, that in equating unselfishness with morality, the implication is that self-interested actions are either immoral or nonmoral. That is, they are either bad or without moral significance. If, for instance, I protest paying taxes to support programs of which I do not approve, then according to this code I am being selfish and therefore immoral. If I work to support myself, that is not immoral but neither is it admirable; it is ethically neutral.

This doctrine takes for granted – as self-evident – that there is a clash between self-interest and morality: We can pursue our self-interest or we can be moral, but we can't be both. And it upholds self-sacrifice as the ideal. Sometimes this ideal is expressed as "a life of selfless service."

As one psychologist puts it:

As [spiritual] awakening begins, motivations inevitably shift from the egocentric toward the desire to serve others. This kind of service is seen as absolutely necessary if the awakening and development are to continue; [spiritual] growth requires a life of service.

Remember: Service is your noblest goal; Selfishness is the root of all evil.

In this doctrine, selfishness is presumed to be narrow, petty, small-minded, materialistic, immature, narcissistic, exploitative, mean-spirited, arrogant, ruthless, indifferent, cruel, and potentially murderous. These traits are evidently regarded as being to one's self-interest, since they are labeled as expressions of selfishness. It is interesting to speculate about the psychology of those who believe this. By my own very different concept of morality I would say that these traits are self-destructive; and that self-destruction is not to one's self-interest.

If one's goal is a happy and fulfilling life, self-interest is best served by rationality, productivity, integrity, and a sense of justice and benevolence in dealings with others. It is served by learning to think long-range and to project the future consequences of one's actions, which means learning to live self-responsibly. Irresponsibility is not to one's self-interest. And neither is mindlessness, dishonesty, or brutality.

What is this book but an attempt to demonstrate that living consciously – clearly a moral as well as psychological ideal – is to one's selfish interest?

In taking it for granted that there is a conflict between morality and self-interest, exponents of self-sacrifice and selfless service assume, first of all, that no one could have a selfish interest in being moral, and second, that the purpose of morality is not to serve the individual's well-being but to subordinate it to allegedly higher ends. These are the necessary presuppositions of the idea that morality equals selflessness. This doctrine says to the individual: Your life does not belongs to you; you are not an end in yourself but only a means to the ends of others; you are here to serve; you have no right to exist for your own sake. What is remarkable is that when this moral vision is offered in a religious context, it is identified as an expression of "love for man."

Consider the following example. A young woman -– I will call her Marny – decides that she would like to become an architect. Her father is deeply disappointed because he had always dreamed that after college she would join him in the dress business. "Must you be so selfish?" Marny's mother says to her. "You're breaking your father's heart."

"If I don't study architecture," Marny answers, "I'll break my own heart."

So Marny goes to college to become an architect. While at college she dates a young man who falls in love with her. He begs her to marry him, give up architecture, and become the mother of his children. "In the first place," Marny tells him gently, not wishing to cause pain, "I don't love you. And in the second place, I don't plan to have children, at least not in the foreseeable future."

"Not have children?" the young man cries. "How can you be so selfish? And don't you care at all about my happiness?"

"Don't you care at all about mine?" she responds, smiling.

A few years later, now a practicing architect, she meets a man with whom she falls in love. Marny sees in him the embodiment of the traits she most admires: strength, self-confidence, integrity, and a passionate nature unafraid of love or intimacy. To marry him, share her excitement and joy with him, nurture him at times, support him in his struggles as he supports her in hers – join with him in fighting for causes in which they both believe – is experienced by her as selfish in the most natural and benevolent sense of the word. She is living for her values. Her life is productive, stimulating, and filled with love.

So when her husband becomes ill, for a long time she curtails many of her activities to take care of him. When friends praise her for her "unselfishness," she looks at them incredulously. "I love him," is her only answer. The thought of selfless service would not occur to her. She would not insult what she feels for her husband by calling her care-taking self-sacrifice. "Not if you hold the full context," she explains. "What would I do if I were ‘selfish?' Abandon him? Whose notion of self-interest is that?"

Later, when her husband recovers and life has stabilized again, she returns to work with great passion. She is eager to make up for lost time. When certain of her friends call to discuss personal problems, she accommodates them for a while, but when she realizes how much of her energy is being drained by them she finally calls a halt. "Sorry," she says. "I don't want to disappoint you but right now I've got more urgent priorities."

When she deals with other human beings, she respects the legitimacy of their self-interest and does not expect them to sacrifice it, any more than she would sacrifice her own. And she cannot understand why other people do not necessarily feel this way.

She notices that "selfish" is what some people call her when she is doing what she wants to do rather than what they want her to do. She also notices that while she is not intimidated by this accusation, many others are.

Question: Is Marny a virtuous woman or an unvirtuous one? Is she moral or immoral? Clearly she is not an altruist. But then what is she? What can we say about her?