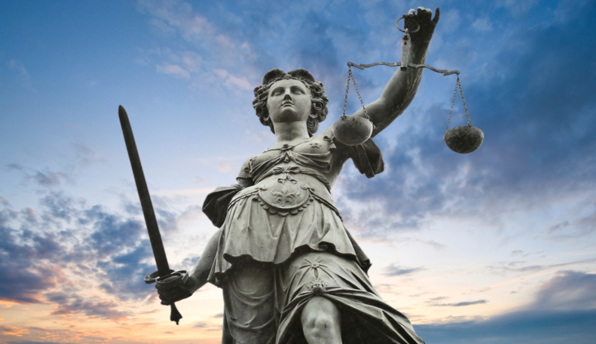 One of the major evils of the welfare state in libertarian eyes is that it destroys the concept of objective law (i.e., equal rights under the law) throughout society. This is because the welfare state is based upon the violation of individual rights in order to convey privileges to special interest groups. All primary policies of state welfarism entail such a violation and conveyance. This is why justice can never be achieved under a welfare state philosophy, liberal or conservative.

Government's job is to protect rights, not violate them. Its laws must be applied equally, which means no privileges. Yet we are taught today that government conveyance of privileges to special interest groups will bring us a just society. It is even taught that our concern with "special interest groups" is the American Way – this in face of the fact that the Founders' repeatedly warned against the creation of "political factions."

What follows will hopefully throw some light on this important issue and clarify how government's conveyance of special privileges is destroying freedom and justice. Because of the heavy ideological obfuscation that prevails in our media and our schools, we need to first define the term special privilege. It means the intervention of government into the free market to legislate policy that favors specific individuals and groups over other individuals or groups. It is the enactment of laws that either aid or suppress some people in relation to other people. Special privilege can take any number of forms. For example:

1) When government grants subsidies to corporations, banks, farmers and low income earners, it is conveying a special privilege to these recipients at the expense of the individuals whose earnings are confiscated in order to pay for such subsidies. Their right to the disposal of their income (i.e., their property) is violated.

2) When government dictates that certain quotas of racial / sexual groups must be enrolled in colleges and hired in businesses because of race or gender rather than the free determination of merit, it is conveying a special privilege to those who are enrolled and hired at the expense of those who are better qualified, but are not enrolled and hired because of the quotas. Their right to free determination of merit is violated.

3) When government allows striking labor unions to physically prohibit non-union workers from replacing them by means of violence or through NLRB mandates, it is granting a special privilege of monopoly power to union workers at the expense of all non-union workers in the marketplace. Their right to freely seek employment is violated.

4) When government passes a law mandating that oil prices cannot be raised beyond a certain level, it is conveying a special privilege to the consumers of oil at the expense of the producers of oil. Their right to freedom of trade is violated.

Therefore, whenever government intervenes into the marketplace to aid or suppress specific individuals and groups at the expense of others, it is conveying privileges and violating rights, which cannot make for a just society.

This doesn't mean government intervention itself is wrong. Government must intervene into the marketplace to protect men's rights by curbing violence and fraud. Most thinkers would also add a second legitimate intervention, which is to provide those few services we cannot handle in the marketplace such as communicable disease control, emergency 911 service, city streets, etc. But this kind of government intervention is a provision of services for all men in general instead of an enactment of specific policies for some at the expense of others.

Government intervention is, thus, necessary to maintain freedom and order in society – but only if it is objective in nature and used to protect rights, or to provide the minimal services that cannot be provided in a free market. Once government intervention is used to convey "special privileges," it becomes arbitrary in nature, and the authorities that legislate such intervention always become dictatorial.

This then is the major reason why libertarian and conservative advocates of freedom vehemently oppose the welfare state. It makes government a conveyer of privileges instead of a protector of rights, which turns government into a criminal agency (criminality being defined as the violation of individual rights). It destroys the concept of equal rights, which is the foundation stone upon which freedom, order and justice are based.

Equal rights under the law is the most important principle in America's political system. But there can be no equal rights if government enacts unequal tax rates, i.e., progressive rates. Or if it mandates that some corporations have the right to set their prices freely, but not other corporations. Or if it allows free association to racial minorities, but not to racial majorities.

To further clarify this crucial issue, consider the following truism: There are no such things in reality as simply "rights." Rights by their very nature must also be equal, or they are not rights. The phrase, "equal rights," is really a redundancy. For instance, we all have to have an equal right to freedom of speech, or we are no longer talking about a right. If all men do not have the same right to speak freely, then the right to free speech does not exist. In other words, rights necessitate the concept of reciprocity. Whatever I have the right to, everyone else must also have a right to. All rights are, thus, reciprocal, or they are not rights but privileges. So whenever we talk about rights, we are automatically talking about equal rights. There can be no such thing as an unequal right, or a right just for some citizens. Rights are either equal for all, or they become privileges for some.

Another point must also be grasped here if one is to understand what is happening in the modern world, and that is that rights and privileges cannot co-exist in the same society. They are not only opposites, but opposites in the sense that privileges will destroy the concept of rights whenever they are mixed in a political system.

For example, the nature of the material reality surrounding us is that it is made up of numerous entities composed of opposite existential structures that cannot commingle and still retain their specific existences. That is to say if they are mixed, one of the opposites will dominate the other and destroy it. For example: locusts destroy wheat when mixed. The same goes for acid and silver, mold and bread, tornadoes and towns, fires and forests.

This feature of reality exists not only materially, but also spiritually. In other words, the intellectual realm is subject to this same operating principle, for there are fundamental opposites that cannot be mixed without one destroying the other. Rights and privileges are an example; they are philosophical opposites. Whenever a privilege is granted by the government to someone or some group, a right has to be destroyed in the process. If thousands of privileges are granted, then thousands of rights must be destroyed.

This is the nature of our modern day political scene. Large numbers of people are demanding special privileges from the government, and in the process are destroying the legitimate rights of their fellow men. Every time someone votes for government to provide a subsidy, or a tax break, or a price support, or a monopoly, or an injection of fiat money, he is asking for a special privilege and in the process is destroying equal rights. Once the "equality" of our rights is destroyed, then our rights themselves no longer exist. Once our rights no longer exist, then the prevailing society has evolved into a dictatorship.

What this means is that a society must be based upon equal rights, or it must be based upon special privileges, but it cannot be based upon both. The latter consumes the former. Just as wheat and locusts cannot co-exist in the same field, neither can rights and privileges co-exist in the same society. Just as locusts will eventually spread throughout the entire field to destroy the wheat and its life-giving nutrients, so also will government conveyed privileges spread throughout an entire society to destroy the concept of rights, and with it the life-giving values of justice, freedom and stability.

This is why we have the insufferable locust horde of factions, coalitions, foundations, corporations, banks and divergent individuals today who feel their "need" justifies their lining up at the government trough to lobby for the corrupt favors, handouts and pork that have flowed so overwhelmingly from Washington for the past 100 years. Once we step beyond minimal Lockean government so as to allow government to violate individual rights to convey special privileges to others and accept this as morally legitimate, there is no end to the process. Tyranny must follow.

Government should not be in the business of conveying privileges and favors to anyone. Period. It should protect rights and do for us those few things we cannot do for ourselves in a free market, and these few services should be done on the state and local level. This was the Lockean ideal that the Founders envisioned. This is the only morally just form of government. It was not meant just for the nineteenth century; it was meant for all of time.