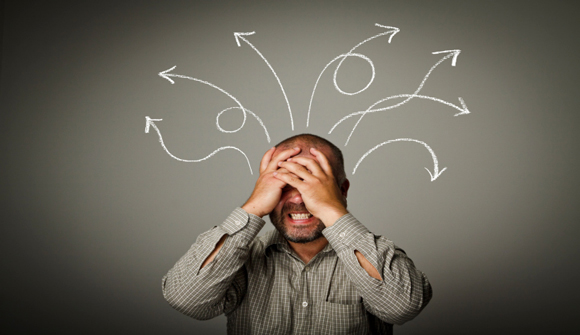 Pervasive disorder dominates our lives today. It is not a frivolous thing, but a deadly thing that has seeped into our culture like nerve gas quietly permeating the brains of combatants in war. It has come over us because our society's intellectuals, who are supposed to guide a country's citizens toward freedom and sanity, have defaulted on the role given to them by the nature of their being.

Over this past century our men of the mind have scampered like little children into a pseudo realm of intellectuality, a sinister realm that they would know is false if only they would trust the gifts of reason and intuition bestowed upon them, if only they would seek their true purpose rather than so eagerly capitulate to the baser elements within them.

Iniquity and illusion lurk always in the background of human endeavor to threaten the modicums of progress mustered over the millennia. In heroic times these dangers are confronted with a nobility of soul that allows society to stay structured. But in collapsing times they are gleefully embraced by the ghouls and Machiavellians who live for the moment and care not for posterity. It is these malevolent types who are destroying us today. They control the citadels of power in all arenas – political, corporate, financial, educational, artistic – and will bring us to ruin if not vigorously challenged.

But they can be vigorously contested only by those who believe in the concept of moral truth and are willing to fight for its promotion even though all those around them are stampeding in the other direction. Once this fount of civilization evanesces, the beast in man returns to swallow up the heights of his sublimity. Yeats's prophetic words come true:

"Things fall apart; the center cannot hold; / Mere anarchy is loosed upon the world, / The blood-dimmed tide is loosed, and everywhere / The ceremony of innocence is drowned; / The best lack all conviction, while the worst / Are full of passionate intensity."

The pervasive disorder we see all around us today is a moral disorder. Its destructive advance can be checked and reversed, but only if belief in moral truth still prevails in the wellsprings of our minds. It is the only power that can reverse the plague of moral disorder. But if it is to be resurrected, we must rediscover the "philosophical good" found many centuries ago by Moses and Aristotle. If it has not been eroded beyond retrieval, then we can save ourselves. If it has been eroded, then our fate will be that of flies in the winter. We will fade into the oblivion that comes to those who violate the Laws of Nature and Nature's God, foolishly thinking that the Laws can be circumvented because we are "enlightened." With us the Laws do not apply. We can turn dross into gold with a printing press. We can convey privileges to factions without being swallowed up by vermin lobbyists. We can erase the rights of our fellow citizens as if they are but X's and O's on bureaucratic charts in Washington.

The nefarious sources of our disorder are manifold; but there is one fundamental source that stands above all others. It is the soothing belief whispered into our collective conscience a century ago by those bent on the destruction of our free way of life – that there are no moral truths that apply to us all, that morality is relative, that we should be able to do our "own thing" instead of the "right thing."

For 100 years now, our destroyers have preached "moral relativism." They have told us that certainty in life does not exist, that it is a myth held by deluded and backward people. But this is a fallacy of gigantic proportions that undercuts all that is good and true throughout history. Certainty and its corollary of "moral truth" are indeed possible for humans. We understood this at one time in our past. If we are to regain its grasp, we must restore the intellectual pillar that built our civilization – the synthesis of reason, experience and intuition.

Here lies the fount of our greatness. Truth comes not from REASON as the philosophers tell us. It comes not from EXPERIENCE as the historians and the scientists tell us. And it comes not from INTUITION as the religionists tell us. It comes from the synthesis of all three. This is the gift that our greatest thinkers possess – the ability to synthesize reason, experience and intuition without even knowing they are doing it. They just do it naturally, and it is what creates the immense profundity of their thought. These are the minds that Oliver Wendell Holmes called the "skylight thinkers." It is their thought that is the source of man's certainty. They are the means with which God has endowed us to know the "philosophical good" so that we can lead free, happy, productive and honorable lives. Moses and Aristotle were the first of our skylight thinkers.

So when the pseudo-intellectuals try to tell you that certainty doesn't exist for man, tell them, "Not so." Life is filled with certainties. We can be certain that a society of Jeffersonian liberty is superior to a society of social welfarism; that those who don't learn from history are doomed to repeat its follies; that fabricating the facts of reality is wrong; that two plus two can never be five, as the Orwellians want us to believe; that murder, theft and rape are heinous crimes for all eras and cultures; that corn flakes are a better breakfast than heroin; that objective law is superior to anarchy; that reason trumps sophistry; that faith, hope and charity are better values to teach than cynicism and greed; and that love is the great, galvanizing spark that has instilled truth, goodness and beauty into human existence. Tell them that life is filled with certainties.

Tell them that the most paramount of certainties we must recover is moral certainty. Without it, freedom is lost. It is what gives us the strength to govern ourselves. If we do not govern ourselves from within, dictators will govern us from without. There can be no such thing as a life of appetites unleashed. Yet our pseudo-intellectuals reject moral certainty like wolves reject a peaceful existence. Our intellectuals are the "new totalitarians." They subtly sneak into our rationales a little more each year to rob us of our honor and courage. They call themselves "liberals" or "progressives." They bamboozle our children into doubting the majesty of the Founders' vision. They lust for limitless government authority over their fellows because it is the nature of wolves to prey on the defenseless.

These are the pernicious threats to the freedom and sanity of a just existence today, these lusters for an unlimited majority will's authority over their fellowman. The Laws of Nature are but old wives' tales to these lusters. Aristotle's famous Law of the Mean that guided the rise of our civilization for 2200 years is not a "natural law," they claim, but an arbitrary ruse for seekers of an impossible free life who would defy the bureaucracies of benevolence that Big Brother can give to us. It is from this lust to live without obedience to the Natural Law that all our problems spring.

The tyranny, degradation and chaos that has overwhelmed so many people throughout the world during the past 100 years can be attributed to the fact that we have moved steadily away from Aristotle's famous Doctrine of the Mean, i.e., the Golden Mean, in the most important regions of our lives. This moving away has distorted our freedom, our ideals and our moral beliefs. If we are to save ourselves, we as a people must restore such a mean to our way of life again.

Our path to this is explained in The Golden Mean: Libertarian Politics, Conservative Values. It formulates a philosophy of politics based upon eight paramount minds of history: Moses, Aristotle, Aquinas, Locke, Jefferson, Smith, Burke and Mises.

This natural Law of the Mean will not be refuted by "chirping sectaries" sitting like crows on the phone lines of freedom's back yard, excreting drops of utopianism upon the picnic table of sanity fashioned by our Founders. This Law of the Mean can no more be refuted than can the Law of Gravity. It can, though, be ignored like primitives in the jungle ignore the flashes of brilliance that civilization offers. If it is ignored, as some in the libertarian movement are doing today, the result will not be success for freedom. It will be doom for freedom.

Our free civilization was built upon the moral certainty that there exists in the scheme of life a great ideal of "right action," a Natural Law of proportion and sanity that permeates existence, "an order in the universe which [we] can discover and according to which the human will must act so that it can attune itself to the universal harmony…. We do not make this law, but are made to live within it." [George P. Grant, Philosophy In A Mass Age, p. 41.]

The Aristotelian Mean is one of the manifestations of this Natural Law that permeates the universe. For us as individuals and as a society to go against this law is to incur tragedy and bring down upon our lives ruinous consequences. This is the great dilemma of modern times. We must once again come to grips with Francis Bacon's observation that "Nature, to be commanded, must be obeyed." There are eternal truths to which we must learn to conform.