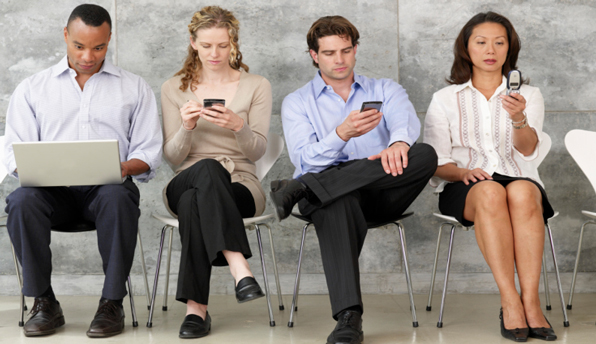 EDITORIAL
Musings on Modernity
By Nelson Hultberg - May 09, 2014

It is believed by many on the left today that our Constitution resulted from the Founding Fathers deceitfully conspiring to form a society ruled by aristocrats, and that the seeds for modernity's corruption lie in the Founders' elitist Constitution that now plagues us. This is why it is so easy for today's liberals to ignore the Constitution with no qualms or regrets. They feel it is their duty to do so.

Conservatives and libertarians see things differently. It was not the Founders in the beginning who warped the ideal of justice with "elitism." It was the Progressives of the early twentieth century who did the warping with "egalitarianism." And it has been modern day liberals who have furthered this tyrannical leveling of society. Worse, it has been our greed and shortsightedness as a people that have compelled us to complicity with such criminality.

The intent of the Founders was to provide a document that would keep the growth of government under wraps for all of time. Unfortunately, there were flaws in their document that should not have been included, but it was not because of deceit. It was because of their desire to get all 13 colonies to sign on to it.

There were too many conflicting desires among the states that were vying for inclusion into the system, and there was too much overreaction to the failure of the Articles of Confederation, leading to the belief that a strong central government was needed. After all, this was the first attempt in history to devise a truly free society. To say that it was less than perfect in its design is, in no way, a slur on the brilliance of the designers. They did the best they could within the context of their time, their values, and their philosophical predilections.

So the Founding Fathers did not do us in by establishing an aristocracy. The destroyers of America are her modern intellectual class who have taught the goal of equal results instead of equal rights to a complacent people looking to get more out of life than they are willing to put in. Our sins are academic deceit and citizen complacency. "We have met the enemy, and he is us," said Pogo.

The Decay Around Us

Every avenue of life throughout the world (certainly throughout the West) is in decay, whether it is sports, politics, the economy, family solidarity, entertainment, movies, literature, art, religion, or schooling. We're falling apart as Rome did because we have abandoned "rational philosophy" as our guide. It's now the Mad Hatter's world. Black is white, up is down. The Truth is what we want it to be. There are no objective rules. We can wing it and do our own thing. We can all become slothful and still praise each other as gritty and heroic. We can divorce rewards from performance. We can redistribute men's wealth, which means the redistribution of their working hours, which means the redistribution of their waking hours and lives. Today's slave mentalities are mouthing what Nietzsche termed the "transvaluation of values." Orwell put it simpler: "War is Peace. Freedom is Slavery. Ignorance is Strength."

The dictatorship in Huxley's Brave New World used the drug "soma" to divert the people's attention away from the freedoms they had lost. Soma was the means to make the people still feel they had wonderful lives even though they were not free. It turned them into sheep who didn't mind losing their freedom.

Our society today also has its somas. The latest is texting to engage in aimless chitchat. It provides ready-made soma for humans averse to thinking and issues of importance. Observe your fellowman the next time you are in an airport, an office lobby, a post office line, even in restaurants, libraries and other gathering places. Droves of Americans are gleefully engaged in aimless texting while the dictators entrench themselves a little more every year in Washington. The people are oblivious to what is taking place in those realms of life that really matter. They are gaga over the newest delight of modernity – incessant texting. And they are so happy with their inanity. Diversion has always been the tool of dictatorships to pacify humans and keep them docile, tolerant of and trapped in their enslavement. Aimless texting is the newest of our diversions.

Collectivists complain about capitalism because it foments what the great economist, Joseph Schumpeter, termed "creative destruction." The free market ceaselessly innovates in our lives. New ways flow in; old ways flow out. This often decimates old, traditional neighborhoods and thrusts gaudy, neon jungles of franchised commercialism upon us.

No one likes to see old communities go through such a ruthless phaseout. But a good part of the ruthless destruction problem that we see today is due to the political-economic system we have conned ourselves into accepting. What fellow patriot, Tom Molitor, calls "hot Keynesian moola" is being injected into the economy. This speeds things up and accentuates the natural greed of men and women. It makes them think they are richer than they are.

If we were on a gold money standard, capitalist expansion would be slower and more humane. There would be more rational thought applied to productivity instead of the pell-mell scramble to get one's "hot moola" out there working while it still has value. The price inflation of Keynesianism exacerbates capitalism and makes it appear nefarious. It transforms a rational productive process into a frenzied buy at any price, invest without caution, build indiscriminately, spend, spend, spend for tomorrow prices will be much higher.

If we were on a gold standard with its accompanying price stability, and if we taught to our young a reverence for nature and the resplendency of community, then the society we create would be a much different one than what we see springing up around us.

We practice, today, false monetary policy and teach to our young indifference to the essence of real community, which never comes from government and its coercions. It comes voluntarily via people living freely in a marketplace. If we would correct these two errors, we would have a much slower and saner economic system. But we refuse to do this. Decades ago we hatched the infant alligators of false ideology – the Fed and the income tax – that have now grown into monsters to consume us. And we do nothing.

I believe that all humans have the right to organize themselves into groups and put borders around those groups, whether it is a family with a fence around its yard, or a town with a city limits, or a country with a border. This is the nature of correct human existence – the right to "freedom of association." This means that no individual has a right to force his entrance into any group of humans who have organized themselves into a gathering and established requirements for inclusion. An individual does not have the right to enter a country uninvited for the same reason he does not have the right to enter a family's home uninvited. Both acts are crimes of trespass.

This means that people of any nation have the right to determine who gains entrance to their nation and set guidelines for that entrance. This is a crucial requisite for freedom, order and high culture to prevail. But many cannot see it. They envision a utopian world where they say borders are not necessary, where nations are anachronisms, where men and women are angels possessed of perfectible natures. They read history selectively, avoid lessons in logic and ignore their fellowman's right to gather in groups, i.e., their right to "freedom of association."

If people can, whenever they wish, enter a family's home and squat there to feed and interact, then that family no longer exists. Primitivism has begun. It is no different with a country. Primitivism begins when borders are denied.

The Rulers of History

All legitimate men of the mind realize that ideas rule the world, which means ideology is of monumental importance in how history unfolds. Why is this so? Because ideas always come first in the sequences that make up history. They are the seedlings that produce the great springing forth of truth, love and liberty, which are the fundamental pursuits of all mankind. Ideas launch all revolutions. No political revolution can proceed until an appropriate intellectual revolution has first taken place. Thus, ideas matter because they are the root source of all we build and achieve on Earth.

On a more primal and metaphysical level, ideas matter because as the biblical wisdom says, "In the beginning was the Word," which means the universe is structured upon thought – the thought and will of the creative force that brought it into being. This Creator thought the universe first, and then willed it into being. Aristotle and the Greeks called this the Prime Mover. The Jews called it Jehovah. The Muslims called it Allah. And Christians called it God. On a more derivative level, "In the beginning was the Word" also means that truth is dictated by God, i.e., truth is the higher natural law that governs us and is capable of being discerned by us. It is the way God speaks to man.

Liberals smear the idea of natural law as something conservatives take on "blind faith." On the contrary, there is nothing blind about it at all. Natural law comes to us via the synthesis of reason, experience and intuition from our greatest thinkers in both the sciences and humanities. This synthesis is the means that man used to climb from the cave to build a majestic civilization. And of its three parts, intuition is the most essential. It distinguishes the visionary from the mundane intellects of life.

Intuition is a mysterious force. We don't really know what it is or how it forms, only that all great original ideas come intuitively. Intuition is the spark that reveals truth's fire, which man must then expand with the kindling of experience and the breath of reason.

Einstein put it in these words: "The intuitive mind is a sacred gift and the rational mind is a faithful servant. We have created a society that honors the servant and has forgotten the gift."

In our forgetting of the sacred gift lies our fall as a country and a people. In its restoration can come again our rise toward the resplendent and the exceptional.