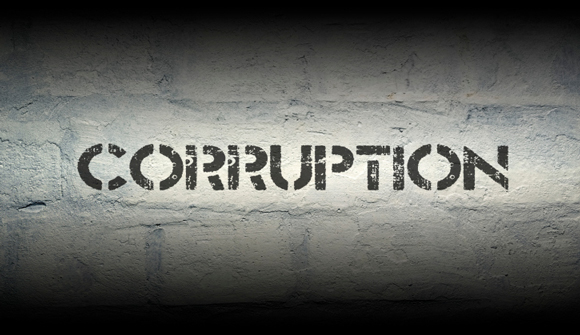 Every public institution in the United States and most private ones are corrupt.

To tell this story would be a multi-book task. Lawrence Stratton and I have written one small volume of the story. Our book, The Tyranny of Good Intentions, now with two editions and multiple printings, documents the corruption of law in the United States and has been cited in rulings by Federal District and Appeal Court judges.

Law is just one public institution, but it is a cornerstone of society. When law goes, everything goes.

No more. Once indicted and provided with a lawyer, the defendant learns that his lawyer has no intention of defending him before a jury. The lawyer knows that the chance of getting even a totally innocent defendant found not guilty is slim to non-existent. Prosecutors, with the consent of judges, suborn perjury for which they are permitted to pay with money and dropped charges against real criminals, and prosecutors routinely withhold evidence favorable to the defendant. If a prosecutor detects that a defendant intends to fight, the prosecutor piles on charges until the defendant's lawyer convinces the defendant that no jury will dismiss all of so many charges and that the one or two that the jury convicts on will bring a much longer sentence than the lawyer can negotiate. The lawyer tells the defendant that if you go to trial, you will be using up the time of prosecutors and judges, and the inconvenience that you cause them will send you away for many a year.

In some state and local courts it is still possible on occasion to get an almost fair trial if you can afford an attorney well enough connected to provide it. But even in non-federal courts the system is stacked against the defendant. Many prisons have been privatized, and privatized prisons require high incarceration rates in order to be profitable. The same holds for juvenile detention prisons. Not long ago two Pennsylvania judges were convicted for accepting payments from private detention prisons for each kid they sentenced.

Judges prefer plea bargains despite the fact that plea bargains amount to self-incrimination, because plea bargains dispense with time-consuming trials that cause backed-up and crowded court dockets. Trials also demand far more work on the part of a judge than accepting a plea bargain.

The fact of the matter is that in America today you are expected to convict yourself. Even your lawyer expects it. The torture is not physical; it is psychological. The system is severely biased against the defendant. Conviction by a jury brings a much heavier sentence than conviction by a deal that the defendant's attorney negotiates with the prosecutor's office. All the prosecutor wants is a conviction. Give him his conviction for his record as an effective prosecutor, and you get off lighter.

The injustice lies in the fact that the rule applies to the innocent as well as to the guilty. ? The prosecutor and often the judge do not care whether you are innocent or guilty, and your lawyer knows that it does not matter to the outcome.

The police have learned that such a small number of cases go to trial that their evidence is seldom tested in court. Consequently, often police simply look for someone who might have committed the crime based on past criminal records, select someone with a record, and offer him or her up as the perpetrator of the crime. This police practice is one explanation for high recidivism rates.

In the totally corrupt American criminal justice (sic) system, anyone indicted, no matter how innocent, is almost certain to be convicted.

Let's take the case of Alabama Democratic Governor Don Siegelman. Judging by the reported evidence in the media and testimony by those familiar with the case, Don Siegelman, a popular Democratic governor of Alabama, was a victim of a Karl Rove operation to instruct Democrats that their political party would not be permitted a comeback in executive authority in the Republican South.

There is no doubt but that the Alabama Republican newspapers and TV stations are political tools. And there is little doubt that former Republican US Attorneys Alice Martin and Leura Canary and Republican US federal district court judge Mark Fuller were willing participants in Karl Rove's political campaign to purge the South of popular democrats.

Republican US district court judge Mark Fuller was arrested in Atlanta this month for beating his wife in an Atlanta hotel. The judge, in whose honor courts must rise, was charged with battery and taken to the Fulton County jail at 2:30 AM Sunday, August 10. If you look at the mug shot of Mark Fuller, he doesn't inspire confidence. Fuller was a bitter enemy of Siegelman and should have recused himself from Siegelman's trial, but ethical behavior required more integrity than Fuller has.

Among many, Scott Horton, a professor of law at Columbia University, has provided much information in Harper's magazine involving the corruption of Fuller and the Republican prosecuting attorneys, Alice Martin and Leura Canary. See:

Google the case and you will see everything but justice.

The Republican frame-up of Siegelman is so obvious that various courts have overturned some of the bogus convictions. But the way "justice" works in America makes courts fearful of discrediting the criminal justice (sic) system by coming down hard on an obvious frame-up. To make the fact obvious that federal courts are used for political reasons is detrimental to the myth of justice in which gullible Americans believe.

Siegelman's innocence is so obvious that 113 former state attorneys general have come out in his support. These attorneys general together with federal judges and members of Congress have written to Obama and to US attorney general Eric Holder urging Siegelman's release from prison. Instead of releasing the innocent Siegelman, Obama and Holder have protected the Republican frame-up of a Democratic governor.

Remember, what did President George W. Bush do when his vice president's chief aid was convicted for the felony of revealing the name of a secret CIA operative? Bush wiped out the sentence of Cheney's convicted operative. He remained convicted, but served no sentence.

So why hasn't the Obama regime pardoned former Alabama Governor Don Siegelman who unlike other pardoned parties is actually innocent? Siegelman was bringing the Democratic Party back in the corrupt Republican state of Alabama. He was a successful governor who would have been US senator, and Karl Rove apparently exterminated him politically in order to protect the Republican hold on the South.

It is extremely ironic that the formerly solid Democratic South, plundered, looted and raped by Republican armies, votes Republican. If anything shows the insouciance of a people, the South's Republican vote is the best demonstration. The South votes for a party that destroyed the South and its culture. There is no greater evidence of a people totally ignorant of, or indifferent to, their history than the Southern people who vote Republican.

Obama can't pardon Siegelman, which Justice requires, because Obama cannot confront the self-protective mechanism in the Justice (sic) Department. Obama is too weak of a person to stand up for Justice. Obama has acquiesced to the Republican and DOJ frame-up of a popular Democratic Governor.

Justice in America? It is not worth 5 cents on the New York stock exchange.

If you want to stand up for justice, click here.

Police are as remote from concerns of justice as are prosecutors. Generally speaking, while there might be a few exceptions, the ranks of the police seem to be filled with violent psychopaths. The police seldom show any self-control and their violent nature makes police a great threat to society. Invariably, police bring violence to the scene.

Assaults and killings by police seldom make it beyond the local news. The lack of national coverage of crimes committed by police against the public leaves Americans with the incorrect impression that the use of excessive force by police is an occasional and unfortunate result but not a real problem. Police apologists say that an occasional mistake is the price of being safe. But police violence is an expression of police culture, not an unfortunate mistake, and what we hear is only the tip of the iceberg. http://rare.us/story/5-reasons-the-police-brutality-in-ferguson-is-just-the-tip-of-the-iceberg/

The large number of violent acts that police commit against members of the public are not entirely the fault of the police. It is well known that bullies and psychopaths are attracted to the power over others conveyed by a police badge. Considering this known fact, police should receive training in anger management. Instead, they are trained to regard the public as an enemy against whom the police should take no chances. Police are trained to subdue a suspect with violence and question the suspect later when the suspect is under control in jail. This procedure means that even those who are totally innocent bear all the risks of being confronted by police.

Governments, media and citizens are also responsible. They have allowed police to be militarized and to be inappropriately trained. Indeed, city, county, state and federal governments have removed all barriers to the use of excessive force by police. Handed such power, the police use it.

In response to my column about Ferguson, former police officers wrote to me to report that they left the police force because they could not accept the culture of violence that is now ingrained in police departments. What these former police officers could not accept causes no problem for the Fox "News" talking heads. http://rare.us/story/jon-stewart-returns-with-powerful-ferguson-monologue-aimed-at-fox-news/

Can police departments be cleansed of their violent culture? Can prosecutors serve justice instead of career? Can Fox "News" talking heads cease being racists? Don't hold your breath.