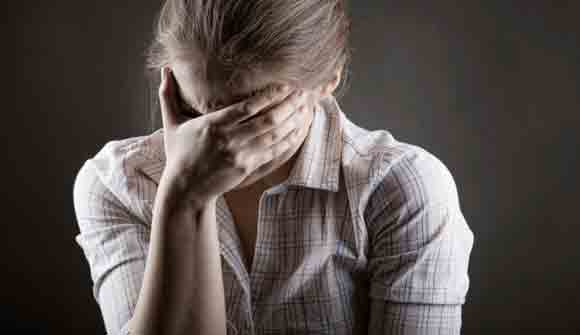 EDITORIAL
How America Was Lost
By Paul Craig Roberts - November 08, 2013

"No legal issue arises when the United States responds to a challenge to its power, position, and prestige." Dean Acheson, 1962, speaking to the American Society of International Law.

"National security" is the cloak that the executive branch uses to make certain that the US government is unaccountable.

Without accountable government there is no civil liberty and no democracy except for the sham voting that existed in the Soviet Union and now exists in the US.

There have been periods in US history, such as President Lincoln's war to prevent secession, World War I, and World War II, when accountable government was impaired. These were short episodes of the Constitution's violation, and the Constitution was reinstated in the aftermath of the wars. However, since the Clinton regime, the accountability of government has been declining for more than two decades, longer than the three wars combined.

In law there is the concept of adverse possession, popularly known as "squatters' rights." A non-owner who succeeds in occupying a piece of property or someone else's right for a certain time without being evicted enjoys the ownership title conveyed to him. The reasoning is that by not defending his rights, the owner showed his disinterest and in effect gave his rights away.

We also have other strictly illegal and unconstitutional acts of government for which the government has not been held accountable: the Bush regime's acts of torture, indefinite detention and warrantless spying, and the Obama regime's acts of indefinite detention, warrantless spying and murder of US citizens without due process. As the Obama regime lies through its teeth, we have no way of knowing whether torture is still practiced.

If these numerous criminal acts of the US government spread over the terms of three presidents pass into history as unchallenged events, the US government will have acquired squatters' rights in lawlessness. The US Constitution will be, as President George W. Bush is reported to have declared, "a scrap of paper."

Lawlessness is the hallmark of tyranny enforced by the police state. In a police state law is not a protector of rights but a weapon in the hands of government. [See Roberts & Stratton, The Tyranny of Good Intentions.] The accused has no recourse to the accusation, which does not require evidence presented to a court. The accused is guilty by accusation alone and can be shot in the back of the head, as under Stalin, or blown up by a drone missile, as under Obama.

As a person aware of the long struggle against the tyrannical state, I have been amazed and disheartened by the acceptance not only by the insouciant American public, but also by law schools, bar associations, media, Congress and the Supreme Court of the executive branch's claim to be above both law and the US Constitution.

As Lawrence Stratton and I show in our book about how the law was lost, liberals and conservatives chasing after their favorite devils, such as child abusers and drug pushers, and prosecutors, judges and police devoted to conviction and not to justice, have gradually eroded over time the concept of law as a protection of the innocent. With the atmosphere of threat created by 9/11, the final destruction of the protective features of law was quickly achieved in the name of making us safe from terrorists.

The fact that we are no longer safe from our own government did not register.

This is how liberty was lost, and America with it.

Can liberty be regained? Probably not, but there is a chance if Americans have the necessary strength of character. The chance comes from the now known fact that the neoconservative Bush/Cheney regime took America and its puppet states to war in Afghanistan and Iraq entirely on the basis of lies. As all evidence proves, these wars were not the results of mistaken intelligence. They were the products of intentional lies.

The weapons inspectors told the Bush regime that there were no weapons of mass destruction in Iraq. Despite this known fact, the Bush regime sent Secretary of State Colin Powell to the UN with fabricated evidence to convince the world that Saddam Hussein had "weapons of mass destruction" and was a threat to the world. Even if such weapons had existed in Iraq, many countries have them, including the US and Israel, and the presence of weapons does not under the Nuremberg Laws justify unprovoked aggression against the possessor. Under the Nuremberg Laws, unprovoked military aggression is a war crime, not the possession of weapons that many countries have. The war crime was committed by the US and its "coalition of the willing," not by Saddam Hussein.

As for the invasion of Afghanistan, we know from the last video of Osama bin Laden in October 2001, attested by experts to be the last appearance of a man dying of renal failure and other diseases, that he declared that he had no responsibility for 9/11 and that Americans should look to their own government. We know as a reported fact that the Afghan Taliban offered to turn over Osama bin Laden to Washington if the Bush regime would provide the evidence that indicated bin Laden was responsible. The Bush regime refused to hand over the (non-existent) evidence and, with support of the corrupt and cowardly Congress and the presstitute media, attacked Afghanistan without any legal justification. Remember, the FBI has stated publicly that it has no evidence that Osama bin Laden was responsible for 9/11 and that that is why the crimes for which the FBI wanted bin Laden did not include responsibility for the 9/11 attack.

The war propaganda campaign was well prepared. Yellow ribbon decals were handed out for cars proclaiming "support the troops." In other words, anyone who raises the obvious questions is not supporting the troops. Still today insouciant Americans sport these decals on their cars unaware that what they are supporting are the murder of foreign women, children and village elders, the death and physical and mental maiming of American soldiers, and the worldwide destruction of the reputation of the United States, with America's main rival, China, now calling for a "de-Americanized world."

A country with a population as insouciant as Americans is a country in which the government can do as it pleases.

Now that we have complete proof that the criminal Bush regime took our country to wars in Afghanistan and Iraq solely on the basis of intentional lies, how can the legal institutions, the courts, the American people possibly tolerate the Obama regime's ignoring of the obvious crimes? How can America simply accept Obama's statement that we mustn't look back, only move ahead? If the US government, which has committed the worst crimes of our generation, cannot be held accountable and punished, how can federal, state and local courts fill up American prisons with people who smoked pot and with people who did not sufficiently grovel before the police state.

Doubtless, the Obama regime, should it obey the law and prosecute the Bush regime's crimes, would have to worry about being prosecuted for its own crimes, which are just as terrible. Nevertheless, I believe that the Obama regime could survive if it put all the blame on the Bush regime, prosecuted the Bush criminals and desisted from the illegal actions that it currently supports. This would save the Constitution and US civil liberty, but it would require the White House to take the risk that by enforcing US law, US law might be enforced against its own illegal and unconstitutional acts by a succeeding regime.

The Bush/Cheney/John Yoo neoconservative regime having got rid of US law, no doubt the Obama regime thinks it is best to leave the situation as it is, rid of law.

Without accountability, America is finished. Not only will Americans live in a police state with no civil liberties, but the rest of the world is already looking at America with a jaundiced eye. The US is being reconstituted as an authoritarian state. All it takes is one failure of accountability for the police state to become entrenched, and we have had numerous failures of accountability. Does anyone really believe that some future government is going to make restitution to persecuted truth-tellers, such as Bradley Manning, Julian Assange and Edward Snowden, as was done for Japanese Americans?

No truthful explanation for these wars exists.?

Paul O'Neill, the Bush regime's first Treasury Secretary, is on public record stating that at the very first cabinet meeting, long prior to 9/11, the agenda was a US attack on Iraq.

In other words, the Bush regime's attack on Iraq had nothing whatsoever to do with 9/11.

What was the Bush regime's secret agenda, kept secret by the Obama regime, that required an illegal, war criminal attack on a sovereign country, an action for which officials of Hitler's government were executed? What is the real purpose of Washington's wars?

It is totally and completely obvious that the wars have nothing to do with protecting Americans from terrorism. If anything, the wars stir up and create terrorists. The wars create hatred of America that never previously existed. Despite this, America is free of terrorists attacks except for the ones orchestrated by the FBI. What the fabricated "terror threat" has done is to create a thorough-going domestic police state that is unaccountable.

Americans need to understand that they have lost their country. The rest of the world needs to recognize that Washington is not merely the most complete police state since Stalinism, but also a threat to the entire world. The hubris and arrogance of Washington, combined with Washington's huge supply of weapons of mass destruction, make Washington the greatest threat that has ever existed to all life on the planet. Washington is the enemy of all humanity.