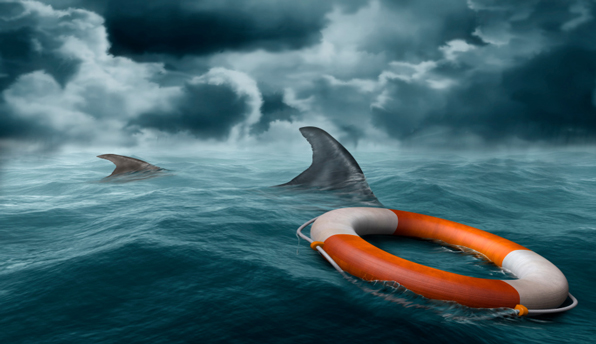 People ask for solutions, but no solutions are possible in a disinformed world. Populations almost everywhere are dissatisfied, but few have any comprehension of the real situation. Before there can be solutions, people must know the truth about the problems. For those few inclined to be messengers, it is largely a thankless task.

The assumption that man is a rational animal is incorrect. He and she are emotional creatures, not Dr. Spock of Star Trek. Humans are brainwashed by enculturation and indoctrination. Patriots respond with hostility toward criticisms of their governments, their countries, their hopes and their delusions. Their emotions throttle facts, should any reach them. Aspirations and delusions prevail over truth. Most people want to be told what they want to hear. Consequently, they are always gullible and their illusions and self-delusions make them easy victims of propaganda. This is true of all levels of societies and of the leaders themselves.

We are witnessing this today in western Ukraine where a mixture of witless university students, pawns in Washington's drive for world hegemony, together with paid protesters and fascistic elements among ultra-nationalists are bringing great troubles upon Ukraine and perhaps a deadly war upon the world.

Many of the protesters are just the unemployed collecting easy money. It is the witless idealistic types that are destroying the independence of their country. Victoria Nuland, the American neoconservative Assistant Secretary of State, whose agenda is US world hegemony, told the Ukrainians what was in store for them last December 13, but the protesters were too delusional to hear.

In an eight minute, 46 second speech at the National Press Club sponsored by the US-Ukraine Foundation, Chevron and Ukraine-in-Washington Lobby Group, Nuland boasted that Washington has spent $5 billion to foment agitation to bring Ukraine into the EU. Once captured by the EU, Ukraine will be "helped" by the West acting through the IMF. Nuland, of course, presented the IMF as Ukraine's rescuer, not as the iron hand of the West that will squeeze all life out of Ukraine's struggling economy.

Nuland's audience consisted of all the people who will be enriched by the looting and by connections to a Washington-appointed Ukrainian government. Just look at the large Chevron sign next to which Nuland speaks, and you will know what it is all about. (http://www.sott.net/article/273602-US-Assistant-Secretary-of-State-Victoria-Nuland-says-Washington-has-spent-5-billion-trying-to-subvert-Ukraine)

Nuland's speech failed to alert the Ukraine protesters, who are determined to destroy the independence of Ukraine and to place their country in the hands of the IMF so that it can be looted like Latvia, Greece and every country that ever had an IMF structural adjustment program. All the monies that protesters are paid by the US and EU will soon be given back manyfold as Ukraine is "adjusted" by Western looting.

In her short speech the neoconservative agitator Nuland alleged that the protesters whom Washington has spent $5 billion cultivating were protesting "peacefully with enormous restraint" against a brutal government.

According to RT, which has much more credibility than the US State Department (remember Secretary of State Colin Powell's address to the UN setting up the US invasion of Iraq with his "evidence" of Iraqi weapons of mass destruction, a speech Powell later disavowed as Bush regime disinformation), Ukrainian rioters have seized 1,500 guns, 100,000 rounds of ammunition, 3 machine guns and grenades from military armories.

The human-rights trained Ukrainian police have permitted the violence to get out of hand. A number of police have been burned by Molotov cocktails. The latest report is that 108 police have been shot. A number are dead and 63 are in critical condition. (http://rt.com/news/ukraine-kiev-firearms-weapons-police-934/) These casualties are the products of Nuland's "peacefully protesting protesters acting with enormous restraint." On February 20, the elected, independent Ukraine government responded to the rioters' use of firearms by allowing police to use firearms in self-defense.

Perhaps the Russophobic western Ukrainians deserve the IMF, and perhaps the EU deserves the extreme nationalists who are trying to topple the Ukraine government. Once Ukrainians experience being looted by the West, they will be on their knees begging Russia to rescue them. The only certain thing is that it is unlikely that the Russian part of Ukraine will remain part of Ukraine.

During the Soviet era, parts of Russia herself, such as the Crimea, were placed into the Ukrainian Soviet Socialist Republic, perhaps in order to increase the Russian population in Ukraine. In other words, a large part of today's Ukraine – eastern and southern provinces – are traditional Russian territory, not part of historical Ukraine.

Until Russia granted Ukraine independence in the early 1990s, Ukraine had experienced scant independence since the 14th century and had been a part of Russia for 200 years. The problem with the grant of independence is that much of Ukraine is not Ukrainian. It is Russian.

As I have reported previously, Russia regards the prospect of Ukraine as a member of the EU with NATO with US bases on Russia's frontier as a "strategic threat." It is unlikely that the Russian government and the Russian territories in Ukraine will accept Washington's plan for Ukraine. Whatever their intention, Secretary of State John Kerry's provocative statements are raising tensions and fomenting war. The vast bulk of the American and Western populations have no idea of what the real situation is, because all they hear from the "free press" is the neoconservative propaganda line.

Washington's lies are destroying not only civil liberties at home and countries abroad, but are raising dangerous alarms in Russia about the country's security. If Washington succeeds in overthrowing the Ukrainian government, the eastern and southern provinces are likely to secede. If secession becomes a civil war instead of a peaceful divorce, Russia would not be able to sit on the sidelines. As the Washington warmongers would be backing western Ukraine, the two nuclear powers would be thrown into military conflict.

The Ukrainian and Russian governments allowed this dangerous situation to develop, because they naively permitted for many years billions of US dollars to flow into their countries where the money was used to create fifth columns under the guise of educational and human rights organizations, the real purpose of which is to destabilize both countries. The consequence of the trust Ukrainians and Russians placed in the West is the prospect of civil and wider war.