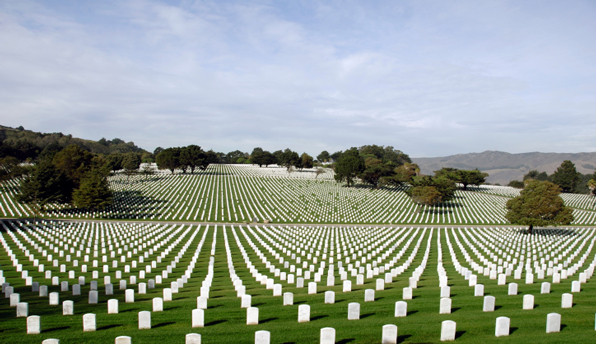 Does Obama realize that he is leading the US and its puppet states to war with Russia and China, or is Obama being manipulated into this disaster by his neoconservative speech writers and government officials? World War 1 (and World War 2) was the result of the ambitions and mistakes of a very small number of people. Only one head of state was actually involved – the president of France.

In The Genesis Of The World War, Harry Elmer Barnes shows that World War 1 was the product of four or five people. Three stand out: Raymond Poincaré, President of France, Sergei Sazonov, Russian Foreign Minister, Alexander Izvolski, Russian Ambassador to France. Poincaré wanted Alsace-Lorraine from Germany and the Russians wanted Istanbul and the Bosphorus Strait, which connects the Black Sea to the Mediterranean. They realized that their ambitions required a general European war and worked to produce the desired war.

A Franco-Russian Alliance was formed. This alliance became the vehicle for orchestrating the war. The British government, thanks to the incompetence, stupidity, or whatever of its Foreign Minister, Sir Edward Grey, was pulled into the Franco-Russian Alliance. The war was started by Russia's mobilization. The German Kaiser, Wilhelm II, was blamed for the war despite the fact that he did everything possible to avoid it.

Barnes's book was published in 1926. His reward for confronting the corrupt court historians with the truth was to be accused of being paid by Germany to write his history. Eighty-six years later historian Christopher Clark in his book, The Sleepwalkers, comes to essentially the same conclusion as Barnes.

In the history I was taught the war was blamed on Germany for challenging British naval supremacy by building too many battleships. The court historians who gave us this tale helped to set up World War 2.

We are again on the road to World War. One hundred years ago the creation of a world war by a few had to be done under the cover of deception. Germany had to be caught off guard. The British had to be manipulated and, of course, people in all the countries involved had to be propagandized and brainwashed.

Today the drive to war is blatantly obvious. The lies are obvious, and the entire West is participating, both media and governments.

The American puppet, Canadian prime minister Stephen Harper, openly lied on Canadian TV that Russian President Putin had invaded Crimea, threatened Ukraine and was restarting the Cold War. The host of the TV program sat and nodded his head in agreement with these bald-faced lies. (http://www.calgaryherald.com/news/Stephen+Harper+accuses+Vladimir+Putin+being+stuck+back+USSR/9663692/story.html)

The script that Washington handed to its Canadian puppet has been handed to all of Washington's puppets, and everywhere in the West the message is the same. "Putin invaded and annexed Crimea, Putin is determined to rebuild the Soviet Empire, Putin must be stopped."

I hear from many Canadians who are outraged that their elected government represents Washington and not Canadians, but as bad as Harper is, Obama and Fox "News" are worse.

On March 26 I managed to catch a bit of Fox "news." Murdoch's propaganda organ was reporting that Putin was restoring the Soviet era practice of exercise. Fox "news" made this report into a threatening and dangerous gesture toward the West. Fox produced an "expert," whose name I caught as Eric Steckelbeck or something like that. The "expert" declared that Putin was creating "the Hitler youth," with a view toward rebuilding the Soviet empire.

The extraordinary transparent lie that Russia sent an army into Ukraine and annexed Crimea is now accepted as fact everywhere in the West, even among critics of US policy toward Russia.

Obama, whose government overthrew the democratically elected government in Ukraine and appointed a stooge government that has threatened the Russian province of Ukraine, falsely accuses Putin of "invading and annexing" Crimea.

Obama recently declared that Washington's destruction of Iraq – up to one million killed, four million displaced, infrastructure in ruins, sectarian violence exploding, a country in total ruins – is nowhere near as bad as Russia's acceptance of Crimean self-determination. US Secretary of State John Kerry actually ordered Putin to prevent the referendum and stop Crimeans from exercising self-determination.

Obama's speech on March 26 at the Palace of Fine Arts in Brussels is surreal. It is beyond hypocrisy. Obama says that Western ideals are challenged by self-determination in Crimea. Russia, Obama says, must be punished by the West for permitting Crimeans to exercise self-determination. The return of a Russian province on its own volition to its mother country where it existed for 200 years is presented by Obama as a dictatorial, anti-democratic act of tyranny. (http://on.rt.com/sbzj4o)

Here was Obama, whose government has just overthrown the elected, democratic government of Ukraine and substituted stooges chosen by Washington in the place of the elected government, speaking of the hallowed ideal that "people in nations can make their own decisions about their future." That is exactly what Crimea did, and that is exactly what the US coup in Kiev contravened. In the twisted mind of Obama, self-determination consists of governments imposed by Washington.

Here was Obama, who has shredded the US Constitution, speaking of "individual rights and rule of law." Where is this rule of law? It is certainly not in Kiev where an elected government was overthrown with force. It is certainly not in the United States where the executive branch has spent the entirety of the new 21st century establishing government above the law. Habeas corpus, due process, the right to open trials and determination of guilt by independent jurors prior to imprisonment and execution and the right to privacy have all been overturned by the Bush/Obama regimes. Torture is against US and international law; yet Washington set up torture prisons all over the globe.

How is it possible that the representative of the war criminal US government can stand before an European audience and speak of "rule of law," "individual rights," "human dignity," "self-determination," "freedom," without the audience breaking out in laughter?

No one applauded Obama's nonsensical speech. But for Europe to accept such blatant lies from a liar without protest empowers the momentum toward war that Washington is pushing.

Obama demands more NATO troops to be stationed in Eastern Europe to "contain Russia." (http://news.antiwar.com/2014/03/26/obama-wants-more-nato-troops-in-eastern-europe/) Obama said that a buildup of military forces on Russia's borders would reassure Poland and the Baltic states that, as NATO members, they will be protected from Russian aggression. This nonsense is voiced by Obama despite the fact that no one expects Russia to invade Poland or the Baltic countries.

Obama doesn't say what effect the US/NATO military buildup and numerous war games on Russia's border will have on Russia. Will the Russian government conclude that Russia is about to be attacked and strike first? The reckless carelessness of Obama is the way wars start.

Declaring that "freedom isn't free," Obama is putting pressure on Western Europe to pony up more money for a military buildup to confront Russia. (http://news.antiwar.com/2014/03/26/us-presses-eu-nations-to-hike-military-spending-to-confront-russia/)

The position of the government in Washington and its puppet states (Eastern and Western Europe, Great Britain, Canada, Australia, New Zealand, Georgia, Japan) and other allies purchased with bagsful of money is that Washington's violation of international law by torturing people, by invading sovereign countries on totally false pretenses, by routinely overthrowing democratically elected governments that do not toe the Washington line is nothing but the "indispensable and exceptional country" bringing "freedom and democracy to the world." But Russia's acceptance of the self-determination of Crimean people to return to their home country is "a violation of international law."

Just what international law has Washington and its puppets not violated?

Obama, whose government in the past few years has bullied Afghanistan, Iraq, Syria, Libya, Pakistan, Yemen, Somalia, Lebanon, Iran, Honduras, Ecuador, Bolivia and Venezuela and is now trying to bully Russia, actually declared that "bigger nations can not simply bully smaller ones." What does Obama and his speech writers think Washington has been doing for the entirety of the 21st century?

Who can possibly believe that Obama, whose government is responsible for the deaths of people every day in Afghanistan, Iraq, Pakistan, Yemen, Libya and Syria, cares a whit about democracy in Ukraine. Obama overthrew the Ukrainian government in order to be able to stuff the country into NATO, throw Russia out of its Black Sea naval base and put US missile bases in Ukraine on Russia's border. Obama is angry that his plan didn't pan out as intended, and he is taking his anger and frustration out on Russia.

As the delusion takes hold in Washington that the US represents idealism standing firmly against Russian aggression, delusion enabled by the presstitute media, the UN General Assembly vote and Washington's string of puppet states, self-righteousness rises in Washington's breast.

With rising self-righteousness will come more demands for punishing Russia, more demonization of Russia and Putin, more lies echoed by the presstitutes and puppets. Ukrainian violence against Russian residents is likely to intensify with the anti-Russian propaganda. Putin could be forced to send in Russian troops to defend Russians.

Why are people so blind that they do not see Obama driving the world to its final war?

Just as Obama dresses up his aggression toward Russia as idealism resisting selfish territorial ambitions, the English, French and Americans presented their World War 1 "victory" as the triumph of idealism over German and Austrian imperialism and territorial ambitions. But at the Versailles Conference the Bolsheviks (the Tsar's government that failed to gain the Straits and instead lost the country to Lenin) "revealed the existence of the notorious Secret Treaties embodying as sordid a program of territorial pilfering as can be found in the history of diplomacy. It appears that the chief actual motives of the Entente in the World War were the seizure of Constantinople and the Straits for Russia; not only the return of Alsace-Lorraine to France, but the securing of the west bank of the Rhine, which would have involved the seizure of territory historically far longer connected with Germany than Alsace-Lorraine had ever been with France; the rewarding of Italian entry into the War by extensive territory grabbed away from Austria and the Jugo-Slavs; and the sequestering of the German imperial possessions, the acquisition of the German merchant marine and the destruction of the German navy in the interest of increasing the strength of the British Empire" (Barnes, pp. 691-692). The American share of the loot was seized German and Austrian investments in the US.

The secret British, Russian and French aims of the war were hidden from the public, which was whipped up with fabricated propaganda to support a war whose outcomes were far different from the intentions of those who caused the war. People seem unable to learn from history. We are now witnessing the world again being led down the garden path by lies and propaganda, this time in behalf of American world hegemony.