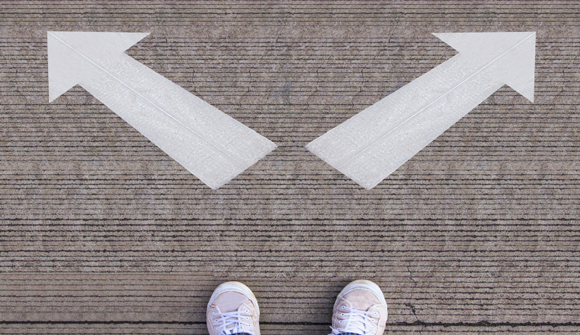 EDITORIAL
The Choice Before Europe
By Paul Craig Roberts - May 06, 2015

In June the Russian sanctions expire unless each member government of the EU votes to continue the sanctions. Several governments have spoken against a continuation. For example, the governments of the Czech Republic and Greece have expressed dissatisfaction with the sanctions.

US Secretary of State John Kerry acknowledged growing opposition to the sanctions among some European governments. Employing the three tools of US foreign policy – threats, bribery, and coercion – he warned Europe to renew the sanctions or there would be retribution. We will see in June if Washington's threat has quelled the rebellion.

Europe has to consider the strength of Washington's threat of retribution against the cost of a continuing and worsening conflict with Russia. This conflict is not in Europe's economic or political interest, and the conflict has the risk of breaking out into war that would destroy Europe.

Since the end of World War II Europeans have been accustomed to following Washington's lead. For awhile France went her own way, and there were some political parties in Germany and Italy that considered Washington to be as much of a threat to European independence as the Soviet Union. Over time, using money and false flag operations, such as Operation Gladio, Washington marginalized politicians and political parties that did not follow Washington's lead.

The specter of a military conflict with Russia that Washington is creating could erode Washington's hold over Europe. By hyping a "Russian threat," Washington is hoping to keep Europe under Washington's protective wing. However, the "threat" is being over-hyped to the point that some Europeans have understood that Europe is being driven down a path toward war.

Belligerent talk from the Chairman of the Joint Chiefs of Staff, from John McCain, from the neoconservatives, and from NATO commander Philip Breedlove is unnerving Europeans. In a recent love-fest between Breedlove and the Senate Armed Services Committee, chaired by John McCain, Breedlove supported arming the Ukrainian military, the backbone of which appears to be the Nazi militias, with heavy US weapons in order to change "the decision calculus on the ground" and bring an end to the break-away republics that oppose Washington's puppet government in Kiev.

Breedlove told the Senate committee that his forces were insufficient to withstand Russian aggression and that he needed more forces on Russia's borders in order to "reassure allies."

Europeans have to decide whether the threat is Russia or Washington. The European press, which Udo Ulfkotte reports in his book, Bought Journalists, consists of CIA assets, has been working hard to convince Europeans that there is a "revanchist Russia" on the prowl that seeks to recover the Soviet Empire. Washington's coup in Ukraine has disappeared. In its place Washington has substituted a "Russian invasion," hyped as Putin's first step in restoring the Soviet empire.

In contrast, Washington has the Wolfowitz Doctrine, which is explicitly directed at Russia, and now the Council on Foreign Relations has added China as a target of the Wolfowitz doctrine.

The CFR report says that China is a rising power and thereby a threat to US world hegemony. China's rise must be contained so that Washington can remain the boss in the Asian Pacific. What it comes down to is this: China is a threat because China will not prevent its own rise. This makes China a threat to "the International Order." "The International Order," of course, is the order determined by Washington. In other words, just as there must be no Russian sphere of influence, there must be no Chinese sphere of influence. The CFR report calls this keeping the world "free of hegemonic control" except by the US.

Clearly, Washington has no intention of moderating its position as the sole imperial power. In defense of this power, Washington will take the world to nuclear war. Europe can prevent this war by asserting its independence and departing the empire.