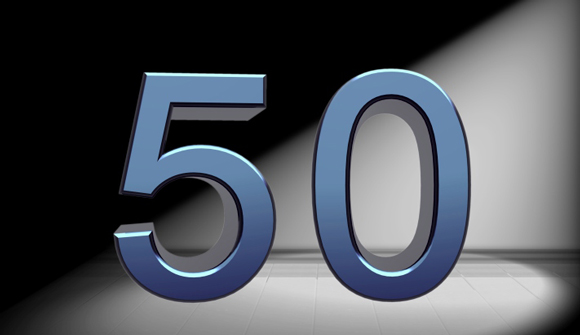 November 22, 2013, is the 50th anniversary of the assassination of President John F. Kennedy. The true story of JFK's murder has never been officially admitted, although the conclusion that JFK was murdered by a plot involving the Secret Service, the CIA and the Joint Chiefs of Staff has been well established by years of research, such as that provided by James W. Douglass in his book, JFK And The Unspeakable, published by Simon & Schuster in 2008. Ignore Douglass's interest in the Trappist monk Thomas Merton and Merton's prediction and focus on the heavily documented research that Douglass provides.

Or just turn to the contemporary films, taken by tourists watching JFK's motorcade that are available on YouTube, which show clearly the Secret Service pulled from President Kennedy's limo just prior to his assassination, and the Zapruder film that shows the killing shot to have come from President Kennedy's right front, blowing off the back of his head, not from the rear as postulated in the Warren Commission Report, which would have pushed his head forward, not rearward.

I am not going to write about the assassination to the extent that the massive information permits. Those who want to know already know. Those who cannot face the music will never be able to confront the facts regardless of what I or anyone else writes or reveals.

To briefly review, the facts are conclusive that JFK was on terrible terms with the CIA and the Joint Chiefs. He had refused to support the CIA organized Bay of Pigs invasion of Cuba. He had rejected the Joint Chiefs' "Operation Northwoods," a plan to commit real and faked acts of violence against Americans, blame Castro and use the false-flag events to bring regime change to Cuba. He had rejected the Joint Chiefs case that the Soviet Union should be attacked while the US held the advantage and before the Soviets could develop delivery systems for nuclear weapons. He had indicated that after his reelection he was going to pull US troops out of Vietnam and that he was going to break the CIA into a thousand pieces. He had aroused suspicion by working behind the scenes with Khrushchev to defuse the Cuban Missile Crisis, leading to claims that he was "soft on communism." The CIA and Joint Chiefs' belief that JFK was an unreliable ally in the war against communism spread into the Secret Service.

It has been established that the original autopsy of JFK's fatal head wound was discarded and a faked one substituted in order to support the official story that Oswald shot JFK from behind. FBI director J. Edgar Hoover and President Johnson knew that Oswald was the CIA's patsy, but they also understood, as did members of the Warren Commission, that to let the true story out would cause Americans to lose confidence in their own government at the height of the Cold War.

Robert Kennedy knew what had happened. He was on his way to being elected president and to holding the plotters accountable for the murder of his brother when the CIA assassinated him. A distinguished journalist, who was standing behind Robert Kennedy at the time of his assassination, told me that the killing shots came from behind past his ear. He submitted his report to the FBI and was never contacted.

Acoustic experts have conclusively demonstrated that more shots were fired than can be accounted for by Sirhan Sirhan's pistol and that the sounds indicate two different calibers of firearms.

I never cease to be amazed by the gullibility of Americans, who know nothing about either event, but who confidently dismiss the factual evidence provided by experts and historians on the basis of their naive belief that "the government wouldn't lie about such important events" or "someone would have talked." What good would it do if someone talked when the gullible won't believe hard evidence?

This story courtesy of PaulCraigRoberts.org.