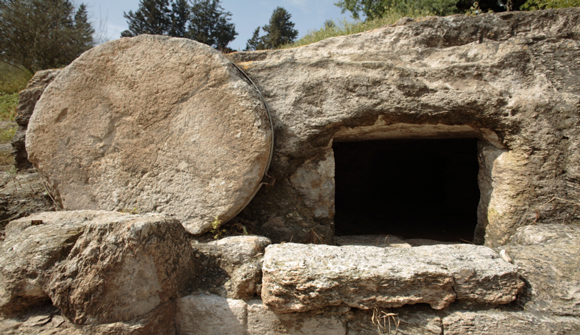 Rulers specialize in creating scapegoats, for the purposes of uniting people behind them ("We'll defeat these intruders!") or for grabbing the wealth of the "others." The later emperors of Rome did both of these things in a unique way, by changing religions.

Near the end of chapter two, we described a Great Trade between humans (all of whom are internally conflicted) and the higher powers who offer them shelter from their bad feelings, and we stated that the trade was this:

The state and/or church presents themselves to men as a superior entity – higher than man. To be joined to them provides sanction from a higher source than that of their internal conflicts.

Rome was no longer able to provide this. The people had only to watch the emperors to understand that Roman virtues were a joke. The rulers were a group of corrupt men, and joining one's self to them could never impart any sort of absolution or cover one's inadequacies. Rome was exposed and there was no moral core.

Christianity, however, had an astonishingly solid moral core (one that weapons and bloodshed could not kill), which made it a perfect choice as a replacement. Unlike imperial Rome, Christianity did provide people a reason to sublimate their internal conflicts into something higher than themselves. Christianity provided full divine forgiveness – and not only forgiveness, but full remission – paid for by an innocent. And not just this, but it was proven to be right, in that the great God raised this man from the dead to confirm it. That is legitimacy, and it provided the best ever salve for the internal conflicts faced by humanity.

Now, the emperor would regain his moral authority by joining himself with Christ. And, of course, he would need some special status within the Christ structure1, which was shortly arranged.

The Emperor required specific legitimization. This was especially true because Diocletian and Constantine had removed the final connection between the state and its sovereign citizens. When Augustus had created the Empire three hundred years prior, he retained the form of the Republic, basing his legitimacy upon the sovereignty of the people. Having done away with all pretenses to this source of legitimacy, Constantine desperately needed something new. Further, one god of many would not do, since it would only legitimize him with a fraction of the populace. And, he had just learned that Christianity was not going to be defeated. So, the choice was clear: Christianity was in; all the others were out.

Specifics regarding the evolution of the emperor's personal legitimization are interesting, but beyond the scope of our coverage here, aside from pointing out that this was the beginning of the Divine Right of Kings in the Christian world.

It seems that Constantine and his followers gained a great deal of income in the transfer from pagan religion to a single version of Christianity. The state had long taken the estates of those who died intestate (without a will) and of those who were convicted criminals. By changing religions, the Empire created whole new classes of criminals, many of whom were restricted in their abilities to create wills. And since the state controlled the legal system, very few people could avoid their asset seizures.

And not only were the assets of the newly criminalized and the dead taken in this process, but the property and art of the pagan temples passed to the state as well. Either the pagan temples became churches – in which case the state owned them – or they were taken over in criminal proceedings, and again, the state owned them. Here is a partial list of edicts issued (and the year in which they were issued) by Constantine and his successors, as they pursued this agenda:

313 – Any property which has been taken from the Christians in persecution is to be restored. This includes gardens, buildings, or any other property, and is to be done in haste.

321 – Every person shall have the right to leave property to the catholic church in his will.

322 – Heretical groups are forbidden to assemble. Their buildings must be surrendered to the catholic church.

333 – Christians shall not be forced into participating in pagan practices; anyone who forces a Christian into such an act shall be publicly beaten, unless he holds an honorable rank, in which case he will be fined and the money given to the state treasury.

333 – Constantine orders that Arians now be referred to as Porphyrians, that all works of Arius or Arians be burned, and that anyone hiding a work of Arius suffer capital punishment.

346 – Pagan temples are to be closed; access to them is denied, and violators face capital punishment. The property of a violator will be given to the state treasury. Governors who fail to carry out this punishment will be punished.

347 – The Donatists were ordered to be reconciled with the catholic church in North Africa. Those who refused were to be exiled or killed.

352 – Persons who join Judaism from Christianity, if the accusation can be proven, shall have their property confiscated and given to the state treasury.

356 – Those guilty of idolatry or pagan sacrifices must suffer capital punishment.

377 – If a Manichaean should go underground and hold secret meetings, he is subjected to the law and must leave his goods to relatives or the government.

383 – Confirmed Christians who have turned to paganism may not issue a testament (that is, a will) to anyone.

389 – Manichaeans are to be expelled from Rome and banished from the empire. Their property is to be confiscated, and their wills are void.

396 – All heretical assembly places are to be confiscated, and heretics driven out of Constantinople. They are forbidden to enter the city for the purpose of gathering. If this occurs even in a private house, the penalty was a fine of 100 pounds of gold.

396 – Christians who became guilty of idolatry are not allowed to bequeath property in their wills to anyone other than parents, siblings, children, or grandchildren.

405 – Anyone who performs rebaptism will have his property confiscated unless, for the sake of his children, he returns to the catholic church. Places where rebaptisms were performed will be confiscated. Re-baptizers may not make contracts or leave wills.

429 – Anyone who converts an orthodox Christian from the catholic church to another religion or heretical sect will have his property confiscated and be executed.

It is also noteworthy that Christians had no appetite for expensive public entertainments, and reducing or eliminating them was very attractive to the emperor.

1It should be noted that the original "way" of Jesus and his students – long before the term "Christianity" existed – was a non-hierarchical group of individuals and had a limited resemblance to the Christianity of Constantine's time. This fact was very conveniently passed over by Constantine and his writer Eusebius. Neither is it terribly important to the events under consideration here, but I think it significant enough to mention.