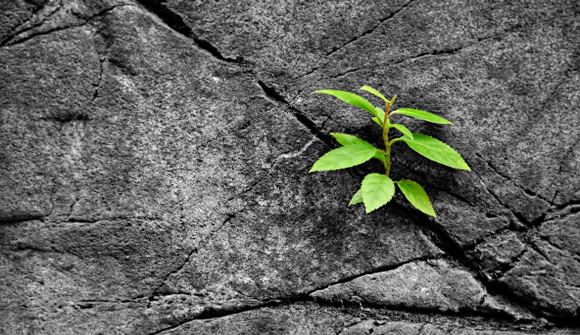 Judaism and Christianity, often to the horror of their proponents, are and always were subversive sets of beliefs. The quote I open with below is but one of many that can be found in the Bible. And this set of writings, no matter how desperately abused, has had a powerful effect upon our history.

That which is highly esteemed among men is abomination in the sight of God. – Jesus

I had no intention of writing about Jesus in this book. This was not because of any disregard I have for the man – I just didn't see how he played much of a role in this story. But as the text took shape, he kept appearing. Before long, I understood that he was a major figure in my analysis. I couldn't keep him out and still write an honest book.

None of this has anything to do with Jesus actually being the son of God (or not). I am not dealing with beliefs here; I am concerned with the recorded teachings of Jesus and the effects they had upon the Western world. If the story of Jesus were nothing but a fable, it would make no difference at all in this analysis.

The Western civilization that follows Jesus is unique. It has gone through several rises and falls, yet it has never failed altogether. This is something that Professor Quigley noted 50 years ago and that puzzled him. Why is it that this one civilization keeps resurrecting itself? I never worked on the question very directly, but it did remain in the back of my mind. Then, piece by piece, an answer began to form, and its threads kept leading back to Jesus.

Jesus' teachings enter history in a very interesting spot. The place is the Roman Empire, where communication and travel are approaching a peak that was not re-attained for nearly two thousand years1. Literacy is very high by pre-modern standards. In the province when Jesus arises, literacy is fairly high and the inhabitants have their minds unusually open to ideas2. The moment is just after the Roman Republic has been replaced by the Empire. The first emperor is in place, and all the seeds of Rome's demise have been sown.

Jesus seems to have been a fairly secretive man, and one who even his closest students never understood. Jesus, himself, wrote nothing that we are aware of. Yet within ten years of his death3, his followers begin to spread far and wide, and to convince foreigners with their message. Within 40 years of his death, the vast majority of his now-many followers were forcibly removed from both the city of Rome (49 A.D.) and from their center in Jerusalem (66 A.D.) They spread Jesus' teachings "below the radar" – in towns, in the countryside, and in the mundane areas of cities. There were few restrictions on their travels and the Empire was a surprisingly open place to new religious ideas. Pagans did not seek to destroy other religions; rather, they allowed them. They did not think their gods had to be the only gods.

As is also well known, Jesus was a Jew and lived among Jews. Their culture was, by this time, one of the few remnants of the Semitic civilization that invented a good deal of modern life. We turn to them now:

The Jews originated as a tribe of Semites in or around the region of Caanan, probably called Habiru. (Or, in modern language, Hebrews.4) As mentioned earlier, their rise and fall closely follows another group of Semites called Phoenicians. The Phoenicians, crucially, kept knowledge alive during the Dark Ages of 1200-800 B.C.

As best can be determined, it was the ancient Semites who invented what we call commercial capitalism, between 2000 B.C. and 1500 B.C.

The name Habiru meant something along the lines of "landless and kin-shattered men," which implies that these originators of capitalism were disconnected from the impositions and expectations of their "culture." As mentioned at the beginning of Chapter 2, and as we will see in many other cases, what people term "culture" is very often a set of limitations placed upon a populace. These people, mentally separate from the mass of humanity around them, were free to create a sensible new thing, and – even more importantly – were unopposed in their pursuit of it.

When held strongly within a culture, many specific adaptations are forbidden to men, and are punished at every point where new ideas bump against cultural ideals. ("We don't do things that way.") That was not the case for early Semites like the Habiru, and they were the first non-farmers to create value as a way of life.

The genius of commercial capitalism5 is that it puts human imagination and cleverness to work in overcoming scarcity. Under this system, the slavery of the classical era was no longer required; all men could be equally free. Like the early Armenian farmers, these people overcame scarcity with intelligence and creativity. The ancient Armenians did it via agriculture; the Semites did it via commerce.

Roman Christianity obviously went the opposite way by forcing everyone to become a Christian, but the subversive, "we are separate" culture of the Jews and of Jesus remained in the words of the New Testament and still exists in many forms of Christianity.

Monotheism was a more potent formulation than is commonly understood. A strong argument can be made that it has succeeded because of inherent psychological advantages – primarily in that it harmonizes with human nature and legitimizes the more efficient modes of human reasoning.

The argument for the utility of monotheism consists of four primary points:

The image of a single, perfect god not only gives men the courage to think for themselves but it makes it easier for men to compare themselves to the highest and the ultimate. By imagining how the ultimate high and great being sees things, we can understand what it means to be high and the great… and begin to emulate it.

There are other versions of monotheism. The Sikhs, for example, have a formulation that includes reincarnation. But, remaining on our subject, it is interesting that the Judeo-Christian version of monotheism has these additional characteristics of interest:

Supreme Goodness. The Judeo-Christian god is seen as qualitatively perfect. This gives believers something to strive toward. And since there is a huge theme of the believers being associated with God, they esteem themselves as largely able to gain these characteristics as well. This kinship of believer with God is especially strong in the New Testament, where the relationship is explicitly that of a father and his family.

Again, the issue here is not whether or not there is actually a god, but the effects that these ideas have upon the minds and conduct of human men and women.

1Although we maintain in this book that centralized empires are a bad thing, it must be noted that their establishment does sometimes prevent fighting between smaller states. Since trade may be eliminated by such conflicts, there are can be certain benefits to a larger states.

2As usual for such situations, there were many ideas – both good and bad – flying around at the same time. But, such is the case when people become willing to think. Better this sort of confusion than the long, bleak periods when no one cares to think much at all.

3 I am referring here to the spreading of Jesus' teachings throughout the Greek world, prior to the murder of James the son of Zebedee in about 44 A.D.

4There is, however, a great deal of argument over this name.

5The word capitalism seems to have originated with Karl Marx, and was intended as a somewhat derogatory term. It was meant to convey the idea of grasping and blind acquisition, in order to produce envy. A much better term would be free trade, but that has differing meanings. Free markets and free human action are also better terms, but require explanation and acclimation. So, I will continue to use capitalism, with this caveat.

6This is utterly obvious, but does need to be pointed-out, since so many pop-philosophies champion imaginations such as "inherent unity."