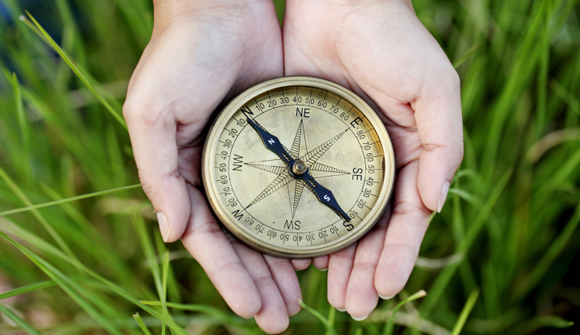 EDITORIAL
'Production Versus Plunder' Part 22 – The Code of Production
By Paul Rosenberg - August 29, 2015

Declining civilizations (and the current moment provides a fine example) are characterized by basing political power on free food and similar handouts. This not only diverts production to foolish ends, but it harshly punishes producers. Worse, it undercuts the ethic of honest, virtuous production.

As in Rome, as in modern capitals. A return to a clear code of production is required.

THE CODE OF PRODUCTION

An Expectation of Reason

Why, of your own selves, do you not know what is right?

Examine yourselves… prove your own selves.

There are a few anti-reason passages in the New Testament, but the command to reason exists, and most emphatically from the mouth of Jesus himself. This gives any Christian full leave to use his or her mind.

Be ready always to give an answer to any man who asks you a reason.

This makes the believer responsible for understanding. He or she must consider, understand, internalize the essential facts, and be able to assemble and present them to others.

Compassion for the Outsider

If a man have an hundred sheep, and one of them be gone astray, does he not leave the ninety and nine, and go seek that which is gone astray?

There shall be more joy in heaven over one sinner that repenteth, than over ninety-nine who need no repentance.

Considering that hatred of "the outsider" has caused enormous death tolls under many belief systems, this love for the outsider is a critical feature indeed.

If a man strike you on one cheek, turn to him the other.

This discouragement of violence (sometimes considered a prohibition) has kept human affairs far less ugly than they might have been otherwise. Where use of force is reduced, freedom and prosperity are increased. Whether any particular group of nominal Christians followed this admonition is not the issue; this primary message in the New Testament has borne good fruit.

How is it that you go to law, one against another?

In modern terms, we might express this as: "Why are you suing each other in court? If you can't solve your own problems, and are running to a government to do it for you, you're no examples of my teachings." This code expects people to solve their own inter-personal problems. In effect, it says, "If you can't handle self-reliance, you're not much of a believer."

Let's say you are in the construction business. So are a dozen other people in your town; you compete against them every day. Can you still respect them and care about them as human beings? This is what Jesus demands of his followers – an essential and healthy thing. Without this, business becomes war. Actually, without this idea being mutually held, everything interpersonal becomes war, with one person or another always dominating, and the other forced to submit.

Where co-dominance is absent, anger festers, compassion fails, grudges are never released, and endless volumes of energy are wasted in posturing and scheming (as opposed to using that energy to create value.)

Where co-dominance is present, cooperation rules and massive accomplishment can and does arise.

For people to live together in a peaceful way, either co-dominance with cooperation is necessary, or tyrannical central control is required.

Since the beginning, this set of stories has glorified men who had deep changes of heart. This not only allows bad men to start anew and improve, but it removes all guilt for their past actions. There are problems associated with this from a justice standpoint, but it did make human improvement popular. Again, this was hugely beneficial.

Separation of Church and State

This tends to keep the God-State alliance from getting too strong and keeps god and state in a permanent balancing act. Balancing means variation and modification of both. Neither states controlled by religion nor states that eliminate religion have ever allowed as much production as those doing this balancing act.

Whatever you would have men do unto you, do ye even so to them.

With whatever judgment you judge, you shall be judged.

Consider how much better this is than the old, "Obey without thinking or else" model. This model encourages honesty above obedience and suggests that people can set their own moral code, provided that they are not hypocritical.

We have previously discussed the moments, at the end of Dark Ages, when people finally pulled themselves together and developed virtuous, cooperative arrangements that allowed them to move forward. We further said (and shall say again) that this early formulation is eventually lost, leading to the downfall of that civilization.

The historical importance of Jesus' teachings is that they created a creed of the foundational moment, incorporating, explaining and demanding a set of virtues that – if they are followed – produce a cooperative, productive society.

Because this code was written, it does not need to be entirely relearned at the base of each societal cycle. In an enduring form, the foundation is effectively re-laid in one individual at a time, to one extent or another, every time these teachings are sufficiently explained. The teachings of Jesus are a permanent societal reset.

Of course, there are many possible objections to the statements above, based upon individual cases that differed1. And, of course, many of these cases were truly horrific. Nonetheless, this statement is generally true, and it provides the answer to Professor Quigley's question. So, why does this one society continue to resurrect itself? Because it contains a creed of the foundational moment, which remains accessible at all times. Most people will ignore this creed until absolutely necessary, but when they do need it, it is present.

It is also worth noting that Jesus' reset is also a Semitic reset. It particularly addresses the issues of commerce and trade. And – very importantly – it rejects the classical model of gathering surplus through slavery and replaces it with generating surplus through human creativity. Instead of enforcing scarcity upon others, creativity conquers scarcity.

Furthermore, Jesus does not want men to merely hear and mimic his teachings; he wants them to live them and to make them their own. Jesus' goal is nothing less than for all men to become independent creators of original virtues. He teaches that virtues must be grown within each individual, not merely accepted as hand-me-downs.

That, whether initially apparent or not, is both highly productive and highly subversive at the same time.

1Most of these objections do not directly address Jesus' code, but the actions of people who merely pretended to follow it.