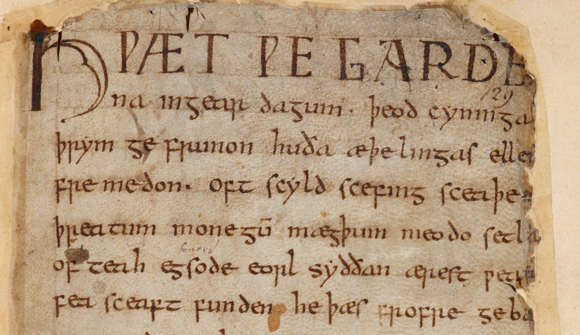 EDITORIAL
'Production Versus Plunder' Part 25 – Europeans See to It Themselves
By Paul Rosenberg - September 19, 2015

It is a striking fact that as central power increases, human initiative decreases. (Regulation forbids adaptation.) When private actions are punished, fewer of them are seen. Individual initiative, however, stands at the base of human progress. We need more of it, not less.

THE EUROPEANS SEE TO IT THEMSELVES

Civilization can only revive when there shall come into being in a number of individuals a new tone of mind independent of the one prevalent among the crowd and in opposition to it, a tone of mind which will gradually win influence over the collective one, and in the end determine its character. It is only an ethical movement which can rescue us from the slough of barbarism, and the ethical comes into existence only in individuals. – Albert Schweitzer

The fundamental re-organizational element for the growth of Western civilization was initiative. People simply took it upon themselves to pursue the things they wanted. They did not wait for permission or beseech a ruler to do it for them; they simply went out and did it. This theme was showing itself widely by about 1000 A.D.

One of the first places it showed itself was in learning. Aside from Church facilities, which were restricted, there was little to speak of between the years of 500 and 1000. Then, a small number of men and women created the first universities of Europe, most of which remain to this day. Among these were:

1088 The University of Bologna

1160 The University of Paris

1167 The University of Oxford

1209 The University of Cambridge

1212 The University of Palencia

1218 The University of Salamanca

1220 The University of Montpellier

1222 The University of Padua

1229 The University of Toulouse

1235 The University of Orleans

These schools began as private enterprises – simple commercial arrangements between the teachers and their pupils. It was only after these schools were established that rulers began to acknowledge them and to certify them. A few minor reasons aside, the real reason for this was to maintain control. By "certifying" the university, they could effectively control what was taught, or else the certification would be pulled in the most embarrassing fashion possible. Popes and Emperors hurried to place their stamps of approval upon these schools, which had built their operations entirely without certifications prior.

The University of Bologna operated for 70 years before Frederick I, the Holy Roman Emperor, legally declared it a place for research in 1258.

What became the University of Paris actually began with a few small schools in Paris that functioned quietly on the fringes of legitimacy. The man who turned them into open places of learning was Peter Abelard (1079-1142). Unhappy with the censorship of intellectuals by the Church, Abelard and others helped form what became a universitas, modeled on the mediaeval guild, as a self-regulating, permanent institution of higher education.

Abelard began his intellectual life by wandering throughout France, debating and learning as he went. By the time he was 20, he was in Paris, studying at the cathedral of Notre-Dame, one of the small schools mentioned above1. Soon enough, he ran into opposition from the principle teacher. So, in 1101, at 22 years of age, Abelard set up a school about 40 kilometers from Paris, and then moved it to a closer town for some time before he was able to lay the foundation for a universitas magistrorum et scholarium (guild of masters and scholars) in Paris, which finally came together in a permanent form in 1160, 18 years after Abelard's death.

Note that it was not until 1231 that Pope Gregory IX formally recognized Abelard's creation – 130 years after he had opened his first school and 71 years after the universitas was fully in place.

A notable student of Abelard's was John of Salisbury (1120-1180), who somehow traveled from England to France in 1136, when he was only 16 years old. He had a long and distinguished career in Paris, mostly after Abelard's death, eventually publishing a very important book called Policraticus. This book set the moral foundation of what later came to be called The Rule of Law (as well as exposing the decadence and immorality of the royalty.)

The itinerant student Abelard had created a place of unapproved thinking in the midst of distributed kings and an overseeing virtual empire. In this situation, and partly by playing prince against Church, he found open room in which he could act and expand. And he found, within himself, the initiative to go out and do it. Soon enough, students with new ideas created a new ethical system that would bring kings in subjection to the law.

The fact that both Abelard and John were men of exceptional gifts certainly mattered, but this actually distracts from and confuses the point, since the human species always produces men of exceptional gifts. The truth about gifted men is this: At most times and in most places they find very little free space in which they are allowed to expand beyond the accepted and the mundane. Most of them die unknown and unhappy – frequently depressed, drunken, or both.

Another area in which Europeans began to show initiative was art, and sculpture in particular. This new direction began at the same time universities were forming, in about 1140 A.D.

The earliest Gothic art was religious sculptures, on the walls of cathedrals and abbeys. But instead of continuing the existing, non-representative tradition, these sculptors changed the Virgin Mary from an iconic form to a more human and affectionate mother, cuddling her infant, swaying from her hip, and showing the manners of a courtly lady. These were the first steps into secular and representational art.

At this time cities were forming, trade began to increase, coins were circulating, and a class of tradesmen and shopkeepers was beginning to form; people could afford to commission artwork. In this situation, artists' trade guilds were formed and some artists became so bold as even to sign their names to their work.

Gothic art told a narrative story through pictures, both Christian and secular. From 1225 on, Gothic art can be seen spreading throughout Europe. This art was radically different than what had seemed permanent up until that time. This provided notice to the people of Europe that things were changing, and that better things were succeeding the previous things.

In about the 8th century2, that is, during the recovery period following the dissolution of Rome, an epic poem called Beowulf appeared in Britain. It became so popular that it was considered a national epic, much like The Iliad had been in early Greece. It is of special interest to this discussion in that it explores many of the most important ideals for the reset of a civilization.

The story line of Beowulf involves the slaying of monsters that were bent upon destroying the joy of mankind. But the more important part of Beowulf is not the direct story line, but the lessons that it teaches.

For example, the story begins with a three-part setup:

This setup grabbed the interest of men at this time, who had been through a roughly analogous process. They sat in the devastation, among people who were wounded to the point where they had become destructive. They needed a way back to decency, and the story of Beowulf gave it to them, at least as an inspirational image. Some of the images that appear in Beowulf are these:

So, at this time of reformation and recovery, Beowulf became exceedingly popular. Also popular at the time were Christian poems and hymns, most notably those of the monk Caedmon. Again, this was the literature of foundation and restoration. It would not likely have been as popular several centuries earlier.

1The others were the Palatine school and the school of the abbey of Saint Genevieve.

2Some specialists date it as late as the 11th century, and there is a great deal of contention on this issue.

3Mead is an ancient type of alcoholic beverage – often similar to a wine – made from honey. It is still commonly drunk in some places. Mead halls were not only for drinking, but for meetings and for residence.