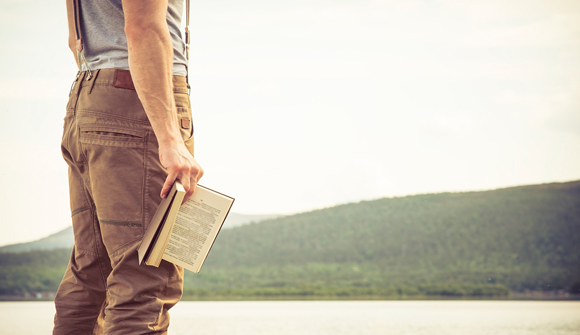 Modern people are so deeply trained in the belief that dominant overlordship is the way of humanity that they no longer believe anything else is even possible. But coercive rule has not always been; it was created at a specific historical period.

This passage covers, briefly, some of the details before coercion was institutionalized.

Man was born free, and everywhere he is in chains. – Jean-Jacques Rousseau

Throughout this book, we will generally address specific cultures, to some extent reinforcing the idea that cultures are the natural order of humanity. We will do this because the mass of humanity has indeed organized itself in this way and because it is far more convenient for our purpose of analysis. Nonetheless, it is important to be clear about the fact that culture is not simply a good or preferable thing – culture is also limitation.

Once people conceive of themselves as "an Armenian," as "a Jew," or any other flavor of cultural identity, they introduce a specific pattern into their minds and accept it as "Me." That is an inherently limiting thing. We humans are massively adaptable and creative beings; to limit ourselves to being "Armenian," Jewish," "Irish," "Brazilian" or whatever is a stupid thing to do – it limits our thought processes and our creative output as beings.

Culture, per se, is not a good thing. It has value only to the extent that it is the least impractical thing among the other options at hand.

So, for the rest of this book, we will address culture as a given, but it is important to understand that it is not something that is noble, pure and sacred. Culture is actually a transgression against a fully whole, healthy human being. Granted, there have never been many humans who we could justly characterize as healthy and whole, but were they to emerge, culture would be a formidable barrier to them, and they would find crossing it a struggle. They would justly condemn it as a false god.

FROM ARMENIA TO SUMER

As mentioned in the last chapter, the first group of truly productive human beings on earth were, as far as we know, gardeners that emerged from the last ice age and appeared in the area of what is now Armenia. They tended to be short, stocky, with round heads, short hair and no beards, and embraced a fertility goddess.

Because they had no knowledge of crop rotation, they were forced to move from one area to the next every several years, after they had depleted the soil in their fields. This would have seemed normal and sensible to them, as it would have matched other aspects of nature, such as women being fertile for only a limited number of years. It is thus no surprise that they accepted soil losing its fertility as fact. As a result, crop rotation would not have been sought and indeed was not discovered for a long, long time.

This, however, was not considered especially problematic, since there was no shortage of land. The earth was all but empty; if you wanted new land, you could simply take any piece you wanted.

The map above shows some of the earliest settlements of these people, as they slowly moved away from Armenia, seeking fertile new fields. Note that they followed the Tigris River into what was much later called Sumer (or, mistakenly, Sumeria), an area often referred to as Mesopotamia and currently contained within the state of Iraq.

As these farmers moved slowly across the face of the earth, they happened upon places where they could become stationary and not have to move every few years. These were in the river valleys of the old world that flooded every year. (Properly termed alluvials or flood plains.) The group of farmers we are following found such a place in the Tigris-Euphrates Valley. The valley flooded every year and a new layer of topsoil was deposited. Irrigation ditches could be built to extend this flood effect over a large additional area. This allowed the farmers to stay in one place, build permanent houses, and avoid the strains of moving every few years.

Carroll Quigley, in his The Evolution of Civilizations, explains this as follows:

At the risk of considerable oversimplification, we might say that these earliest agriculturalists appeared in the hilly terrain of western Asia, probably not far from Armenia, about nine thousand years ago. Because they knew nothing about replenishing the fertility of the soil, they practiced "shifting cultivation," moving to new fields when yields declined in their old fields. In consequence, they expanded steadily, reaching Denmark and Britain in the west and China in the east before 2000 B.C., that is to say, within five thousand years. In the course of this movement they found, in various alluvial valleys, sites adapted to permanent large-scale settlement because, in such valleys, the annual flood replenished the fertility of the soil by depositing a layer of fertile sediment; and, accordingly, the need for "shifting cultivation" ended and the possibility of permanent, eventually urban settlement was offered. This possibility was realized in four alluvial valleys of the Old World, in Mesopotamia during the sixth millennium B.C., in the valley of the Nile shortly afterward, in the valley of the Indus river early in the fourth millennium B.C., and in the Huang Ho Valley of China late in the third millennium B.C.

Life in these Pre-Sumerian settlements followed a routine based upon the rivers. During the flood season (which lasted for months) the farmlands were partly or fully flooded by the rivers. During this season, the farmers built, maintained, or extended irrigation canals to bring water to adjacent areas. Animals were moved away from the flood zones to prevent them from drowning. As the waters receded, seeds were sown and crops were cultivated. Finally came the dry season when crops were harvested and stored. Then, the cycle repeated.

It would be difficult to overstate the value to these early farmers of being able to remain stationary. Food was plentiful, goods could be accumulated, and large communities could be formed. This led to immense variety and specialization. Music appeared in variety and with many experimental new instruments. Written language developed, basic mathematics, and much, much more. It was the birth of man's intellectual life.

Prior to this moment, men and women certainly had the same creative capacities, but their creations never left their small groups. Now, they inspired each other. Humans played off one another, helped one another, and corrected one another in very specific ways. For example, if you had the fortune to be born with unusual musical talent, the odds of finding a kindred soul among forty or fifty others would be fairly low. But finding someone of complementary talents among a thousand was possible and perhaps even likely. And once you found each other, utterly new worlds of exploration opened to you.

Farm communities created an undreamed level of prosperity and human growth. Humans had long been capable of such growth, but they lacked the interaction that made it possible. Now, ideas could be compared, experiments conducted, results written and distributed, and the knowledge shared among thousands. Mankind began to flower. It may have been the most exciting time our race has ever seen: Humanity awoke and the world opened wide unto them.

As our first farming culture spread out from Armenia, only some found their way to the Tigris-Euphrates flood plain. Most of the others began to spread in other directions, as Professor Quigley notes in the passage above. They literally brought the knowledge of farming from one end of the Eurasian landmass to the other.

There is not a great deal of solid information available on these groups, since they were small, moved regularly, and existed a long, long time ago. But a few early settlements have been unearthed.

But in addition to the small settlements, a much larger one has been uncovered and quite well examined. This early city (the earliest ever, so far as is known) is now called Catalhoyuk and is located on the Konya plain of central Turkey. It thrived between about 7400 BC and 5900 BC. And, most interestingly, Catalhoyuk functioned with no master and no overseer. There was no courthouse, no elite buildings, no central administration of any kind.

Here's one of the early drawings of Catalhoyuk:

Much more has been discovered since this drawing was made, and it turned out that this was only one part of the city, which had a population of 8,000 people, and perhaps 10,000. As it was learned, these people were individualistic, clean, prosperous, peaceful, they ate well, women were treated equally to men, and they were highly artistic.1

This settlement, which was a center on the prehistoric obsidian trade routes, dates from well over a thousand years after the ice age had fully ended. While it is very, very early from our perspective, it was certainly not "early" from the perspective of these farming groups.

1You can find much more detail on Catalhoyuk in issue #37 of Free-Man's Perspective.