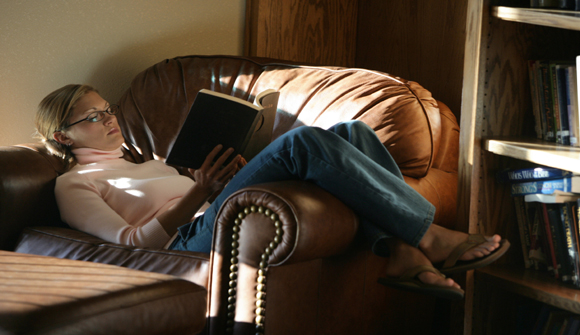 Any freedom advocate has to be amazed by the fact that millions of people seem emotionally bound to their abusers. Today, we'll explain how that began and uncover its roots.

During the years between 5400 and 3000 B.C., a great trade took shape, a trade between great numbers of humans and the hierarchical states that ruled them. This was a trade, not of money and goods or even of fear and safety. Instead, it was a psychological trade. And, being psychological (thus internal) meant that the trade was difficult to clearly identify.

It is unlikely that this trade was purposely developed. Rather, it arose unexpectedly as several factors came into play in the same place and time:

The first point above is of great importance. Humans are internally conflicted beings. This is inherent in human nature – we are all born to it and suffer accordingly.

We love family, we seek faithful mates; we know that children are happier and better when they are raised with two loving, committed parents. Yet, we have animal mating instincts that would drive us to other sexual partners.

Likewise, we see and value hard work, honest dealing and loyalty. Yet, we have impulses that would drive us to grab what is available in front of us, whether it be honest or not.

This set of inherent conflicts can certainly be trained and controlled to a very considerable extent (in fact, most of us do control ourselves quite well most of the time), but it takes considerable time and effort, and thus remains a universal problem. It has driven many developments in religion and philosophy… indeed, it is involved in almost all expressions of religion to a greater or lesser extent.

The crucial factor here is simply that most men and women do feel conflicted, insecure and confused, and that they lack the time, skill or desire to fix the problem. It is too hard. So, they find ways to work around it, most notably to seek belonging in a group, with the half-conscious thought that by being merely one of many, blame and shame will not attach to them.

The Great Trade was, and is, this:

The state and/or church presents themselves to men as a superior entity – higher than man. To be joined to them provides sanction from a higher source than that of their internal conflicts.

In our times we often hear this expressed as: People need to belong to something larger than themselves. They need to sublimate their confusion and conflicts into a higher entity.

In effect, the man or woman's internal conflicts become less important than the entity to which they are joined. It is the great assurance from the great adult, and it is ever-so-easy to accept, since perhaps every other human you've ever known has done the same.

Note that blame for this trade does not lie with the state. Frankly speaking, the rulers weren't smart enough to have figured this out in advance. They merely watched as it developed and slowly learned how to take advantage of it. The majority of blame lies with the people who flocked to the deal. Again, it was so much easier than having to make peace with one's self.

This trade is the magic secret of politics and of rulership. People wanted the Divine Right of Kings. They need to think of their Leader as a superior being. Rulers and politicians merely play their roles as public theater.

You can also see from this why political science is so seldom scientific: The magic ingredient buried in it is anything but, and indeed, may not be explicitly named without calling millions of comfort-transactions into question.

ANALYZING THE CHARACTER OF THE SUBJECTS

We have now been analyzing the charters of the subjects at some length, but before we leave the subject, it is important to explain why such discussions have some validity. After all, making grand pronouncements about millions of greatly varying individuals is beyond the scope of normal human ability and this tends to make such discussions seem almost arrogant. However, it is, in some very important ways, easier to analyze many than it is one, so long as we realize that any individual may vary from our conclusions. This is actually the same technique that is used in the analysis of gasses:

Trying to analyze the motions of each individual molecule of a gas is a practical impossibility. They push against each other randomly, impart momentum back and forth, and travel at constantly varying rates of speed. To measure each one, chart each one and determine from a study of 10×1024 individual molecules what will happen from compressing them would be a ridiculous waste of time and energy, presuming that we had the capacity even to do it. But we can tell – almost perfectly – what a volume of gas will do, if we take it as a whole. Compress it and it heats, decompress it and it cools. This we can determine with great precision. In the same way, we are often more accurate in analyzing the character of a mass of humans than we are when trying to analyze just one.

THE CHARACTER OF THE RULERS

One final but important area of exploration is the mind of the ruler. Rulers and subjects face very different sets of incentives, which greatly affect not only their actions, but their attitudes.

A first fact to reestablish is that the rulers of this era were generally from a different cultural background than that of their subjects. As mentioned earlier, the consciences of these people were informed by sky gods who imposed power from above and by clan groupings that featured dominance and structure. They were emotionally suited to plunder. Thus, to rule over others was far easier for them than it would have been for average farmers.

Perhaps the primary incentive for these rulers was simply to stay in power. One reason for this was simply that humans experience increased levels of pleasurable hormones1 when in positions of power. It literally feels good. Another was that being deposed could mean death. Add to that the related perks of status and wealth, and not many rulers walked away from power. Plus, they wanted to pass this great advantage along to their children, and to see them prosper and rule after them.2

The incentives above, however, are fairly common among rulers of every era. What set this era's rulers apart was the need for ferocity. Whether (early) to get farmers to capitulate, or (late) to keep sub-rulers in obedience when you were away, the newness of the rulership enterprise plus the extremely low population density made extending power difficult. Ruling one settlement could be done fairly well if the settlement was not large and if you remained there. But if you wished to rule another three or four nearby settlements as well, you needed to extend your power. And, since soldiers were expensive, other methods were required.

This difficulty was solved with ferocity and fear. The rulers of this era were especially willing to boast of the horrible pain and punishments they inflicted upon anyone who rose against them or refused them. They wanted people to hear about these things and to fear disobedience.3

And, as mentioned in the previous section, the ruler had to play the role of being a better class of human, embodying the Higher Power.

Here are a few quotations from the period:

I stormed the mountain peaks and took them. In the midst of the mighty mountain I slaughtered them, and, with their blood, dyed the mountain red like wool… I carried off their spoil and their possessions. The heads of their warriors I cut off, and I formed them into a pillar over against their city. Their young men and their maidens I burned in the fire… I flayed all the chief men who had revolted and I covered the pillar with their skins; some I walled up within the pillar; some I impaled upon the pillar on stakes… Many within the border of my own land I flayed, and I spread their skins upon the walls, and I cut off the limbs of the royal officers who had rebelled.

I, the king, was a hero already in the womb; I, Culgi, was born to be a mighty man. I am a fierce-looking lion, begotten by a dragon. I am the king of the four regions; I am the herdsman and shepherd of the black-headed people. I am a respected one, the god of all the lands.

I am a king treated with respect, good offspring from the womb. I am Lipit-Ectar, the son of Enlil. From the moment I lifted my head like a cedar sapling, I have been a man who possesses strength in athletic pursuits. As a young man I grew very muscular. I am a lion in all respects, having no equal.

I am a gaping dragon, a source of great awe for the soldiers. I am like the Anzud bird, peering about in the heart of the mountains. I am a wild bull whom nobody dares oppose in its anger. I am a bison, sparkling with beautiful eyes, having a lapis-lazuli beard…. With my kind eyes and friendly mouth, I lift people's spirits. I have a most impressive figure, lavishly endowed with beauty. I have lips appropriate for all words. As I lift my arms, I have beautiful fingers. I am a very handsome young man, fine to admire.

I am Lipit-Ectar, king of the Land. I am the good shepherd of the black-headed. I am the foremost in the foreign countries, and exalted in the Land. I am a human god, the lord of the numerous people. I am the strong heir of kingship. Holding my head high, I am established in my position.

2I am bypassing the important topic of sociopathy here. It will appear in the second edition of Production Versus Plunder.

3It is of some interest that the first ruler of men mentioned in the Bible is also the first man with an impressive legend: Nimrod, the mighty hunter.