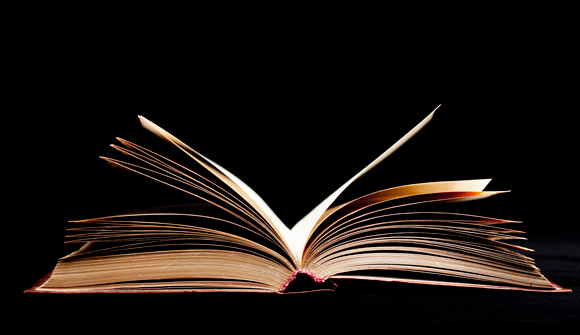 There have been lots of complaints about governments sticking their fingers into school curricula… and the people complaining have been right; setting knowledge free from the state was the key to its growth. We'll cover the story this week.

Our love of what is beautiful does not lead to extravagance; our love of the things of the mind does not make us soft. – Pericles

Even though there was a long and dark period following the catastrophe of 1200 B.C., men did, eventually, re-gather themselves and begin to move forward again. But this was not a cold restart. Tremendous amounts of knowledge had been assembled and passed on. Men knew what had been done and more or less how to do it. They still may have suffered from a delusion that a great hierarchical empire was necessary as a catalyst for human progress (as evidenced by the fact that they kept trying to rebuild them, and perhaps by the fact that hierarchy is still considered necessary and good), but they did understand many things, such as:

The Greek Dark Age was shockingly long. The previous, warlike, Mycenaean civilization vanished at some point between 1200 and 1150 B.C., along with writing and many other things. Stunningly, no visible progress occurs for almost four hundred years. As shown above, there was not an absolute lack of knowledge at this time, especially for the Greeks, whose lives were closely aligned with the sea. All through these dark years, there did remain a sea-faring culture that had not failed at 1200 B.C. – the Phoenicians. This Semitic merchant culture was thriving in the Mediterranean during this time and they definitely had outposts where they interacted with Greeks. The later Greeks (after the roughly four hundred years of silence) certainly borrowed heavily from the Phoenicians, who had long organized themselves into city-states and collaborated in leagues or alliances when threatened. They also developed the first alphabet.

The Phoenicians thrived between 1550 B.C. and 300 B.C., a period that is interestingly offset from land-based civilizations of the era, and is, also interestingly, in synch with the Biblical narrative of the Semitic Hebrew civilization.

In any case, the Greeks most certainly had retained knowledge available to them. Nonetheless, they were unable to use it for four hundred years. Again, this indicates an internal, psychological, reason for dark ages, and not external reasons.

Power devolved throughout this period, ending up in the hands of aristocracies. Slowly, equality grew among the different sects of people, leaving the fundamental unit of organization as the family. It seems to have been at this point that development restarted.

THE RISE OF THE INDEPENDENT MYTH-MAKER

When the Greeks did begin to recover themselves, one of the first things they did was to create stories. This was not mere entertainment, but stories with moral lessons as central elements. And, very importantly, these stories were not sponsored by, censored by or approved by any state institution at all. They evolved almost entirely separate from imposed authority. Stories were accepted and writers rewarded solely upon merit. A good story teller would prosper and a bad one would not.

Homer seems to be the first great Greek poet to arise. He was, as is still commonly known, the author of The Iliad and The Odyssey, and seems to have lived and written in the late 9th Century B.C., close to four hundred years after the great Catastrophe. Herodotus says that Homer lived four hundred years before his own time, which would place him at around 850 B.C.1

Sappho was another famed and early Greek poet, living approximately between 620 B.C. and 570 B.C. In history and poetry texts, she is sometimes associated with the city of Mytilene on the island of Lesbos. Sapho's poetry was well known and greatly admired throughout antiquity. Most was lost, but her immense reputation has endured and is attested to by a few fragments of her works that have survived.

Many other poets flourished between the 5th and 7th Centuries B.C., creating all sorts of stories and songs, covering virtually all aspects of life and generally conveying some sort of message.

Recitations of poetry, especially Homer, were very popular at Greek festivals of the period. By the 5th Century, there were a great number of playwrights, such as Thespis, Aeschylus, Sophocles, Euripides and Aristophanes. Theater performances were extremely popular and were little-connected to the state. What we think of as entertainment began in Greece, and it was one of the primary ways in which the Greeks revived themselves and came out of their dark age.

It is very important to understand that the Greek myths were a radical departure from those of previous civilizations; they were written so that people could find meaning in them. The holy writings of the previous state/church systems were primarily rules of behavior. Do this, and things will go well. The Greeks had stories that were meant to address the reader's inner life. The theologies of the empires addressed men's actions; the Greeks had stories that addressed men's souls. And there was something else: in the Greek myths, men were not small, insignificant, and powerless before the gods. In the Greek myths, man challenged the gods, and sometimes won! They beat the gods through superior thinking. This was a radically new intellectual development.

THE SEPARATION OF KNOWLEDGE AND STATE

During the long period prior to 1200 B.C., there were very strong ties between knowledge and state/church systems. The intellectuals of the era – the priests – were the keepers of the most important technical information of the time, astronomical knowledge. They spent considerable time studying the positions of the sun, moon and stars during the various seasons and their association with precipitation, freezes and floods. The obvious reason for this was to keep track of the right times to plant their crops. They built a variety of naked-eye observatories, usually featuring a round, artificial horizon and a set of posts or pillars around the edge as measuring devices. Then, after a few years, they could predict with some assurance when the last freeze or flood might be expected. This system was eventually replaced by the calendar, but the important issue is that this knowledge was strongly controlled by the state/church system, with the knowledge often being mysticized. This was obviously useful to the cause of rulership.

Mechanical and other types of knowledge prior to this time generally concerned technologies, not science per se. In other words, it concerned the end uses of things, not the operating principles. The Greeks, however, were about to change that forever, and the first of them to do so seems to have been a man named Thales.

Before Thales (624 B.C.-546 B.C., but these dates are uncertain), Greeks explained the origin and nature of the world through myths of gods and heroes. Phenomena such as lightning or earthquakes were attributed to actions of the gods. Thales attempted to find reasoned explanations of the world, without presuming the supernatural. In other words, he and others like him began to inquire not just about how things worked, but why they worked.

According to Herodotus, Thales used his knowledge to predict a solar eclipse.2 This would have been a monumental thing in the ancient days, equivalent to being able to read the mind of god. It was certainly a story that was repeated often. Some of Thales' conclusions later proved to be highly inaccurate (such as the belief that the continents floated on the oceans and that earthquakes were caused by collisions), but his method of looking for reasons was a gigantic leap forward.

Thales was a moral teacher as well. A few of his still-valid and highly-influential principles were these:

That for which we blame others, let us not do ourselves.

Be rich, yes, for success is sweet. However, do not be rich badly.

A happy man is one who is healthy in body, resourceful in soul and of a readily teachable nature.

It is with Pythagoras, however, that modern science begins to take shape. Pythagoras seems to have lived between 580 and 490 B.C., though, again, these dates are not certain. His pivotal discovery was that music was based on proportional intervals of the numbers one through four. He believed that this number system, and therefore the universe's system, was based on the sum of the numbers 1, 2, 3 and 4, which is 10. Pythagoreans swore by these numbers (which they called "the Tetrachtys of the Decad"), rather than by the gods.

According to legend3, Pythagoras discovered that musical notes could be translated into mathematical equations one day as he passed blacksmiths at work and thought that the sounds emanating from their anvils (when struck) were beautiful and harmonious. He decided that whatever scientific law caused this must be mathematical and could be applied to music. He spent time observing the blacksmiths to learn how this had happened. He examined their tools and discovered that it was because the anvils were simple ratios of each other, one was half the size of the first, another was 2/3 the size, and so on.

Pythagoras thus discovered the numerical basis of musical harmony. He spent a great deal of time examining this subject and decided that all of the universe could be understood and predicted with numbers. It was one of the most important intellectual discoveries in history and almost all subsequent science has used this fundamental premise.

Pythagoras went on to discover the trigonometric theorem named after him, the square root, that the earth was round, that all planets have an axis, and that all the planets travel around one central point. He also went on to form a complex cultic group around his teachings and became highly secretive. After this point Pythagoras, or at least his followers, seem to have become overly enamored with their own doctrines and ran boldly into grand pronouncements for which they had no evidence. The Pythagoreans developed a series of mystical beliefs that later affected Plato.

1Some modern scholars question Homer's actually existence. His stories, however, are evidence of his existence, as are the beliefs of all the ancients (including Herodotus). Added to this, there is no direct evidence that speaks otherwise.

2This seems to have been the eclipse of May 28, 585 B.C. as determined by modern astronomic calculations.

3And all we really have are legends, as none of his writings remain to our time.