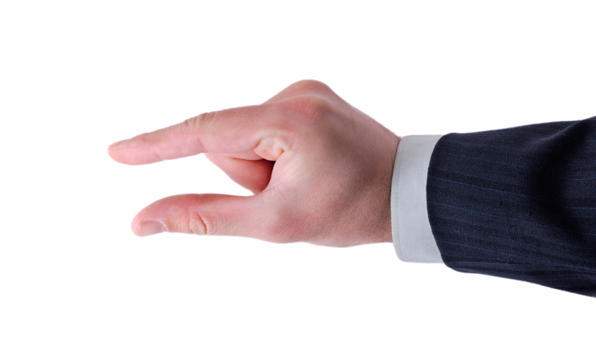 As usual the Federal Reserve media reaction machine has fallen for a poorly executed head fake. It has been fooled by this move many times in the past and for its efforts it has tackled nothing but air. Yet right on cue, it took the bait once more. Somehow the takeaway from Wednesday's release of the June Fed statement and the Bernanke press conference is that the central bank is likely to begin scaling back, or "tapering," it's $85 billion per month quantitative easing program sometime later this year, and that the program may be completely wound down by the middle of next year.

Although this scenario is about as likely as an NSA-sponsored ticker tape parade for whistle blower Edward Snowden, all of the market segments reacted as if it were a fait accompli. The stock market, convinced that it will lose the support of ultra-low, long-term interest rates, and the added consumer spending that results from a nascent housing bubble, sold off in triple digits. The bond market, sensing that its biggest and busiest customer will be exiting the market, followed a similarly negative trajectory. The sell-off in government and corporate debt pushed yields up to 21-month highs. In foreign exchange markets the dollar rallied off its four-month lows based on the belief that Fed tightening will support the currency. And lastly, the gold market, sensing that an end of quantitative easing would eliminate the inflationary fears that have partially fueled gold's spectacular rise, sold off nearly five percent to a new two and a half year low.

All of this came as a result of Bernanke's mild commitments to begin easing back on permanent QE sometime later this year if the economy continued to improve the way he expected. The Chairman did not really elaborate on what types of improvements he had seen, or how much farther those unidentified trends would need to go before he would finally pull the trigger. He was, however, careful to point out that any policy shift, be it for less or more quantitative easing, would not be dependent on incoming data, but on the Fed's interpretation of that data. By stressing repeatedly that its data goalposts were "thresholds rather than triggers" the Fed gained further latitude to pursue any stance it chooses regardless of the data.

Yet the mere mention that tapering was even possible, combined with the chairman's fairly sunny disposition (perhaps caused by the realization that the real mess will likely be his successor's problem to clean up) was enough to convince the market that the post-QE world was at hand. This conclusion is wrong.

Although many haven't yet realized it, the financial markets are stuck in a "Waiting for Godot" era in which the change in policy that all are straining to see will never in fact arrive. Most fail to grasp the degree to which the "recovery" will stall without the $85 billion per month that the Fed is currently pumping into the economy.

What exactly has convinced the Fed that the economy is improving? From what I can tell, the evidence centered on the rise in stock and real estate prices, and the confidence and spending that follow. But inflated asset prices are completely dependent on QE and are likely to reverse course even before it is removed. And while it is painfully clear that expectations about QE continuance have made a far bigger impact on the stock, bond and real estate markets than any other economic data points, many must be assuming that this dependency will soon end.

Those who hold this belief have naively described QE as the economy's "training wheels," (in reality the program is currently our only wheels.) They are convinced that the kindling of QE will inevitably ignite a fire in the larger economy. But the big lumber is still too dampened by debt, government spending, regulation and high asset prices to catch fire. So all we have gotten is smoke. A few mirrors supplied by the Fed merely completed the illusion. The larger problem, of course, is that even though the stimulus are the only wheels, the Fed must remove them anyway as we are cycling toward the edge of a cliff.

Although Bernanke dodged the question in his press conference, the Fed has broken the normal market for mortgage backed debt. While it's true that the Fed only owns 14% of all outstanding MBS (the "small fraction" he referred to in the press conference) it is by far the largest purchaser of newly issued mortgage debt. What would happen to the market if the Fed were to stop buying? There are no longer enough private buyers to soak up the issuance. Those who do remain would certainly expect higher yields if the option of selling to the Fed was off the table. Put bluntly, the Fed is the market right now and has been for years.

A clear-eyed look at the likely consequences of a pull-back in QE should cause an abandonment of the optimistic assumptions behind the Fed's forecast. Interest rates are already rising rapidly based simply on the expectation of tapering. Image how high they would soar if the Fed actually tried to sell some of the mortgages it already owns. But the fact is, the mere anticipation of such an event has already sent mortgage rates north of 4%, and without more QE from the Fed it could soon exceed 5%. Such an increase would deliver a devastating blow to the housing market. More foreclosure will hit just as higher home prices and mortgage rates price legitimate buyers out of the market. Housing prices will fall to new post-bubble lows, sinking the phony recovery in the process. The wealth effect will work in reverse, spending and confidence will fall, unemployment will rise and we will be back in recession even before the Fed begins to taper.

In fact, the back-up in mortgage rates seen over the last month has already produced pain in the financial world, with banks reporting a rapid collapse in refinancing applications. With personal income and wage growth essentially stagnant, individual buyers are extremely dependent on the affordability that ultra-low rates provide. A 50% increase in mortgage rates (an increase from 3.25% to 5%) would price a great many buyers out of the market. Higher rates would also cool much of the housing demand that has been coming from the private equity funds that have been a huge factor in pushing up real estate prices in recent years. Falling home prices would likely trigger a new wave of defaults and housing related bankruptcies that had plunged the economy into recession five years ago.

A similar dynamic would occur in the market for U.S. Treasury debt. Despite Bernanke's assurances that the Fed is not monetizing the government's debt, the central bank has been buying nearly 70% of the new issuance in recent years. Already rates on 10 year treasury debt have crept up by more than 50% in less than two months, to over 2.4%. Any actual decrease or cessation in buying (let alone the selling that would be needed to unwind the Fed's multi-trillion dollar balance sheet) would place the Treasury market under extreme pressure. Since low rates are the life blood of our borrow and spend economy, it is highly likely that higher rates will lead directly to lower stock prices, lower GDP growth and higher unemployment. Since rising asset prices, and the confidence and spending they produce, are the basis for Bernanke's rosy forecast, new lows in house prices and a bear market in stocks will quickly reverse those forecasts.

Higher interest rates and a slowing economy will be a a disaster for federal budget deficits. An increase in unemployment and a decrease in tax will hit just as rising rates make it more expensive for the Fed to finance new and maturing debt. Also, the profit checks Fannie and Freddie have been paying the Treasury will turn into bills for losses, as a new wave of foreclosures comes crashing down.

It's fascinating how the goal posts have moved quickly on the Fed's playing field. Months ago the conversation focused on the "exit strategy" it would use to unwind the trillions of bonds and mortgages that it had accumulated over the last few years. Despite apparent improvements in the economy, those discussions have given way to the more modest expectations for the "tapering" of QE. I believe that we should really be expecting a "tapering" of the tapering conversations.

I expect that the Fed will continue to pantomime that an Exit Strategy is preparing for a grand entrance, even as their timeline and decision criteria become ever more ambiguous. The Fed's next big announcement will likely be to increase, not diminish QE. After all, Bernanke made clear in his press conference that if the economy does not perform up to his expectations, he will simply do more of what has already failed.

Of course, when the Fed is forced to make this concession, it should be obvious to a critical mass that the recovery is a sham. Investors will realize that yeas of QE have only exacerbated the problems it was meant to solve. When the grim reality of QE infinity sets in, the dollar will tank, gold will soar and the real crash will finally be upon us. Buckle up.