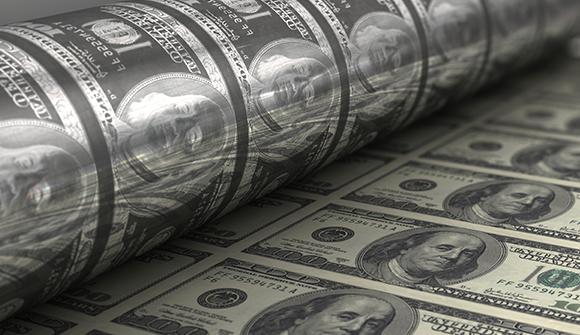 EDITORIAL
The Taper That Wasn't
By Peter Schiff - September 18, 2013

The Fed's failure today to announce some sort of tapering of its QE program, despite the consensus of an overwhelming percentage of economists who expected action, once again reveals the degree to which mainstream analysts have overestimated the strength of our current economy. The Fed understands, as the market seems not to, that the current "recovery" could not survive without continuation of massive monetary stimulus. Mainstream economists have mistaken the symptoms of the Fed's monetary expansion, most notably rising stock and real estate prices, as signs of real and sustainable growth. But the current asset price bubbles have nothing to do with the real economy. To the contrary, they are setting up for a painful correction that will likely be worse than the one we experienced five years ago.

Given the strong anticipation for a taper announcement, today's relief rally should come as no surprise. However, the Fed's inaction should be perceived by many as an admission that the economy is fundamentally weak. Once that possibility takes hold, today's euphoria is likely to dissipate. Perhaps the Fed's inaction may cause many to wonder if the economy is not as strong as they believed. This could ultimately lead to an even bigger sell off than what we would have seen today if the Fed had come through with a taper announcement.

The Fed knows that the appearance of economic health would evaporate if stimulus were withdrawn. But like Jack Nicholson in A Few Good Men, it also knows that the markets can't handle the truth. Over the past year Ben Bernanke and other top Fed officials have tried mightily to communicate to the markets that no decisions had been made on the future and timing of QE reductions and that its moves would depend on the data. On many occasions they even hedged the automatic nature of their data triggers and moved the goal posts that supposedly guided their policy. But as a result of this continuous obfuscation, the Fed lost control of its message.

Despite its efforts toward vagueness, the markets nevertheless made definite conclusions. In addition to the overwhelming consensus of economists who had predicted a taper announcement for today, many even offered precise measures of how big the taper would be (median forecasts were that bond purchases would be trimmed by between $10 and $15 billion per month). As the Fed had not dashed these expectations strongly enough, today's non-event comes as a surprise to most. However, as I have mentioned many times in the past, the Fed has checked into a monetary Roach Motel. Getting out will be infinitely harder than getting in. In fact it will be likely impossible to get out without tipping the country back into recession.

If stock and home prices continue to rise, and if the unemployment picture appears to brighten as a result of a shrinking workforce, the Fed may have an increasingly difficult time explaining why they are failing to cut back on a policy that many mistakenly assume is no longer needed. Look for the rhetorical pretzels to get ever more complex and the goalposts that would trigger an action to become completely mobile.

But the reality is that the economy will never regain true health as long as the stimulus is being delivered. Despite trillions already administered, the workforce is shrinking, energy usage is down, the trade balance is widening, savings are depleting, inflation is showing up in inconvenient places, debt is up, and real wages are declining. So while QE has succeeded in hiding the truth, it hasn't accomplished anything of substance. Unfortunately, the Fed is only interested in the headlines.

We also must understand that even if the Fed were to deliver a small reduction in bond purchases, such a move would change nothing. The Fed would still be continuously adding to its enormous balance sheet while presenting no credible plans to actually withdraw the liquidity. As I have pointed out many times, it simply can't do so without pushing the economy back into recession. Although this would be the right thing to do, you can rest assured that it won't happen.

Bernanke has maintained that his purchases of government bonds should not be considered "debt monetization" because the Fed only intends to hold the bonds temporarily. In recent years however talk of actively selling bonds in the portfolio have given way to more passive plans to simply hold the bonds to maturity. But this is a convenient fiction. When the bonds mature, the Fed will have little choice but to roll the principal back into Treasury debt, as private bond buyers could not easily absorb the added selling that would be required to repay the Fed in cash. Judged by his own criteria then, Bernanke is now an admitted debt monetizer.

Following this playbook, the Fed will likely maintain the pretense that tapering is a near term possibility and that it has a credible plan on the shelf to bring an end to QE. In reality the Fed is stalling for time and hoping that the economy will inexplicably roar back to life. Unfortunately, hope is not a strategy.