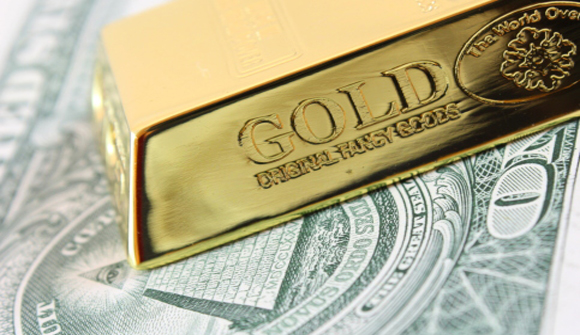 EDITORIAL
A Return to the Gold Standard?
By Richard Ebeling - November 09, 2010

Over the weekend of November 6-7, 2010, World Bank president Robert Zoellick proposed in a column written for the Financial Times that the global economy once more be linked to gold as an anchor to help maintain currency stability and reduce inflationary expectations in international markets.

A few days earlier, on November 1, Financial Times columnist, Martin Wolf, had written a piece precisely asking, "Could the World Go Back to a the Gold Standard?" Wolf pointed out, "It is not hard to understand the attractions of a gold standard. Money is a social convention. The advantage of a link to gold (or some other commodity) is that the value of money would apparently be free from manipulation by the government. The aim, then, would be to 'de-politicize' money."

But Wolf raised a number of objections to reestablishing a gold standard, including, (a) the fact that it would require a significant revision upwards in the official price of gold in terms of dollars, which seemed unfair to him since it would give an unearned windfall to current holders of gold; (b) it would impose additional transactions costs in international dealings since some trade imbalances would have to be settled through transfers of gold; and (c) it might inhibit necessary flexibility in the banking and financial system for the monetary authority to counteract recessionary forces that may lead to falling production and rising unemployment.

As Martin Wolf correctly observed, historically a primary advantage of a gold standard was that it removed the hand of the government from the handle of the monetary printing press. Over and over again, governments have used their power or influence over the monetary system to either debase coins or print up paper money to cover its expenditures in excess of the taxes collected from the citizenry.

But in spite of Wolf's concerns, it can be argued the costs of a gold standard are far less that the costs that have been imposed on society from a century of gross mismanagement of the monetary system by governments around the world. Since 1914, when the Federal Reserve System came into operation as America's central bank, and the beginning of the First World War that same year, the world has experienced severe inflations, including a number of hyperinflations, and the rollercoaster of several booms and recessions, including the Great Depression of the 1930s and the current global economic downturn.

Placing the fate of the world's monetary system in the hands of monetary central planners, who have had all the discretion imaginable through their control of paper money instead of gold, has not secured an inflation- or recession-free economic environment.

In the mid-1980s, leading free market economist, Milton Friedman, who for decades had advocated a paper money monetary system restricted to increasing the money supply within a narrow "rule" of three percent a year, admitted that he had been all wrong in believing that such a system could ever work. He said that he, now, realized that it would never be in the interest of governments or their central banks to resist the temptation of printing money to cover government spending, serve special interest groups, and advance other short-run political purposes. He concluded that, in retrospect, the costs on society since 1914 from inflations and the boom and bust cycle caused by central bank mismanagement were far greater than the costs that would have been associated with a real, politically-free gold standard from mining, minting and storing gold, and facilitating transactions through use of the yellow metal during the 20th century.[i]

The fact is, government-caused inflations, and fears of inflation, have already delivered a windfall gain to all those astute and entrepreneurial enough to investment in gold or gold-mining companies over the years. They have protected their wealth and assets from dollar depreciation and sometimes earned handsome returns from their holding of gold. But it was government monetary mismanagement that created this "opportunity."

If the Federal Reserve were to stop increasing the money supply, and if a new legal redemption rate between gold and dollars were to be established on the basis of the estimated total number of dollars in circulation in the world divided by the amount of gold held by the U.S. government, any financial "gains" made by the holders of gold would be all due to the avalanche of dollars that have been printed up by the Federal Reserve over the decades. Gold's dollar appreciate in value has been due to the dollar's depreciation caused by unlimited monetary expansion.

Finally, Wolf's concern that a real gold standard would tie the hands of governments and central banks from having the discretionary authority to manipulate the monetary system should be considered a "plus," not a minus. Only the most doctrinaire Keynesian can deny or fail to see that past recessions and the current economic downturn were all preceded by unsustainable booms resulting from monetary expansions and interest rate manipulations that threw savings and investment out of balance, artificially stimulated misplaced construction projects, and misdirected labor into employments that became unprofitable to maintain once the inevitable financial and investment bubbles burst.[ii]

Monetary-induced booms are the "cause" that precedes the inescapable bust that follows. Eliminate or radically reduce the possibility for central banks and governments from artificially creating such booms, and the likelihood of having to go through economy-wide downturns will have been dramatically reduced or done away with.

At one point in his article, Martin Wolf mentions that some have called for an even more radical monetary reform than even a government-managed new gold standard: the abolition of central banking and a full separation of money from the state, through a monetary system based on competitive, private free banking.

Wolf sets that alternative aside as well, thinking that the world is certainly not ready for such a change, even if it was workable. But, in fact, this is the ultimate and most reasonable of all the alternatives to the existing system of monetary central planning through the government institution of central banks.

Monetary central planning has worked no better than any other form of central planning over the last one hundred years. The world's central bankers – just like the central planners in the old Soviet Union – just do not have the knowledge, wisdom and ability to successful manage the monetary system of a market economy.

How can central bankers know what market rates of interest should be, better than the competitive interaction of borrowers and lenders for the use of scarce savings for various investment purposes? How can central bankers know what the quantity and types of money and credit should be in the market, better than those who wish to use various commodities for money purposes, and interact for various forms of lending and borrowing?

Money emerged out of market interactions, through people's search for ways to better facilitate their transactions. Governments did not create money; but governments have been highly creative in devising ways to monopolize its control over money, and manipulate its quantity and value for political purposes.

Banking and other forms of financial intermediation do not require government creation or oversight to function effectively to bring lenders and borrowers together for mutual advantageous exchanges. But government regulations and controls imposed on financial markets can generate anti-competitive practices; can result in distorted and misdirected uses of savings and capital; and can enable the wasteful siphoning off of a part of society's scarce resources to fund the insatiable appetite of government for spending other people's money.

Luckily, over the last twenty years, a number of free market economists have successfully demonstrated how a private, competitive free banking system can operate, and perform far better a variety of tasks and activities for which it has been presumed a central bank was needed.[iii]

The time has come to rethink the basic premises of the existing monetary order. And this needs to begin with thinking "outside the box" of the predominant macroeconomic policy framework.

The wisdom and insights of the classical economists must be given a new hearing, in terms of their argument in support of a market-based commodity monetary system, such as a gold standard.

Even more radically, we need to rethink the rationale for central banking all together. We need, in the phrase of Austrian economist, F. A. Hayek, to consider the "denationalization of money," and a monetary order based on private, competitive free banking.

The return to a market-based money such as gold, therefore, is both possible and desirable. And it would be most effective in acting as a barrier against any further government abuses of the monetary system, if such a return to gold was introduced through the freeing of banking and financial markets from the heavy-hand of government, as well.

The next phase of our post-communist world may very well require the end to monetary socialism, which is what central banking really represents.