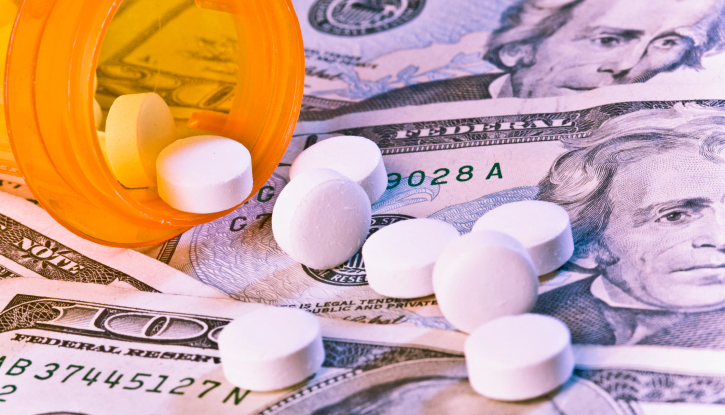 EDITORIAL
Beware the Panhandlers of a New Inflationary Panacea
By Richard Ebeling - November 05, 2013

For centuries inflation has been considered a quick fix for economic problems. Create a lot of money, raise prices, and prosperity for all shall be assured in a short amount of time.

With the US economy stuck in slow growth and a relatively high rate of unemployment of over 7 percent five years into an economic recovery, the quick fix of inflation is once more being hailed as the elixir to cure all of the country's ailments.

The Panhandlers of a "Little Bit" of Inflation

On October 27th, The New York Times featured an article called "In Fed and Out, Many Think Inflation Helps." It quoted Costco's chief financial officer as saying, "I've always said that a little inflation is good."

Charles Evans, president of the Chicago Federal Reserve Bank, said in a recent speech that, "inflation below our target of two percent [per year] is costly" to the economy.

The Times article also referred to an article from a few months ago by Harvard University economist Kenneth S. Rogoff in which he stated, "A sustained burst of moderate inflation is not something to worry about. It should be embraced."

How, exactly, does the inflationary "magic" work? Basically, by depreciating the value of the money in everyone's pocket and declaring that we are all better off as a result.

Putting a lot more money in people's hands usually results in their attempting to spend it on the various goods and services they would like to have that money can buy. The greater spending tends to push up prices and increase sales.

The "magic" comes in due to the fact that workers' wage contracts and resource price agreements tend to change more slowly, so they tend to lag behind the initial price rise of the finished consumer goods those workers and those resource suppliers help to produce. The rise in selling prices while labor and resource prices remain the same generates the extra profit margins that "stimulate" employers to try to expand output and hire more workers.

The Fallacy of the Inflationary "Quick Fix"

But the quick fix of inflation in creating "good times" and more jobs is short-lived; it is an illusion like many other "fixes" that provide an initial "high" but soon fade away.

All of this was understood – and criticized – long ago. Indeed, the famous 18th century Scottish philosopher and economist, David Hume, explained it all in an essay written in the 1750s. Hume admitted that at first, "in every kingdom, into which money begins to flow in greater abundance than formerly, everything takes on a new face: labor and industry gain life; the merchant becomes more enterprising, the manufacturer more diligent and skillful, and even the farmer follows his plow with greater alacrity and attention."

But this "positive" effect, Hume goes on, only continues for as long as the increased supply of money has not impacted on and raised all the prices in the economy. Explained David Hume:

"Some time is required before the money circulates through the whole state, and makes its effect felt on all ranks of people . . . By degrees the price rises, first of one commodity, then of another; till the whole at last reaches a just proportion with the new quantity of [money] which is in the kingdom. In my opinion, it is only in this interval or intermediate situation, between the acquisition of money and rise of prices, that the increasing quantity of [money] is favorable to industry."

What Hume was saying that over time, the increase in the money supply results in all prices, in general, rising more or less to the same degree and amount, with the "stimulus" fading away.

Hence, over time, both selling prices as well as wages and resource prices will tend to go up by more or less the same amount, and the extra profits that served as the "stimulus" will disappear. The longer-run effect, therefore, will be all-round higher prices, with no lasting net increase in either jobs or production.

Of course, the government and its central bank could attempt to increase the money supply even more and at a faster rate than they had before. But this would merely set the economy on a vicious spiral of rising consumer prices followed by rising wages and resource prices, bringing about nothing but the same process repeated again and again. The end result would be worsening price inflation and a potential destruction of the country's currency.

The Inflationary "Fix" Also Results in the Boom and Bust

In addition, the very fact that some prices rise before others, and to differing degrees while the inflation is running its course, brings with it a whole host of problems that, in fact, represent the boom and bust of the business cycle.

America's central bank, the Federal Reserve, increases the money supply by buying government securities and other assets, with the new money first entering the economy through the banking system. Finding themselves with extra money to lend, banks entice borrowers to borrow more by offering those funds at lower, more attractive interest rates.

The demands and prices for investment and construction projects (including home-building) start to rise, with workers and resource providers drawn into these parts of the economy. Their higher wages and resource earnings enable them to demand more of the goods they can now afford to buy. And the process continues, step-by-step, until more or less all prices and wages will be pushed up to higher levels than before.

But the entire structure of the economy – the demands for investment and construction, the jobs into which workers and others have been drawn through the inflationary spending – is now dependent on the monetary expansion continuing and keeping the patterns of demands and jobs artificially created by this process going on and on.

Once any attempt is made by the central bankers to slow down or stop the monetary expansion in the face of worsening price inflation, the entire house of cards begins to crumble. The boom turns into the bust, as investments undertaken and jobs created are discovered to be the misdirected outcome of money creation and the unsustainable patterns of demand and employment that could last only for as long as the inflationary spiral was kept going.

The "little bit" of inflation that some Harvard economists, Federal Reserve presidents and some in the business world are saying is not only nothing to worry about but is the panacea for all our economic ills, is a phony elixir to cure our national ailments. It will only set America on an even worse inflationary boom-bust roller coaster than the one that current Federal Reserve monetary policy has been already setting us up for.