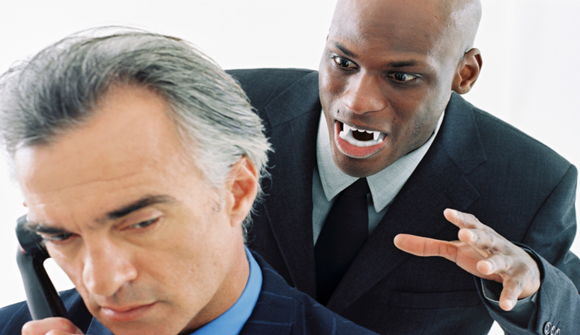 In spite of the rhetoric in the media about a national debt crisis having been averted through a rise in the government's debt limit on Tuesday, August 2nd, the fact is the United States remains very much in the midst of a fiscal disaster.

The Congress has approved and the president has signed a bill raising the debt limit by an additional $2.4 trillion over the next year and a half. In other words, at the end of 2012, the government's debt will have reached a total of over $ 16.5 trillion from its current $14.3 trillion.

The debt ceiling deal requires a matching $2.4 trillion to be cut from projected government spending over the next ten years. In other words, this is not an absolute cut in government spending, as if government would be spending less in the next year compared to the current year. Instead, the deficit reductions represent a decrease from the amount of increasing government spending that would have occurred if no reduction had been agreed to.

So instead of the government's projected total debt over the next decade increasing by around $10 trillion, it will only go up by about $7 trillion. Ten years from now the U.S. government's debt will reach a level, therefore, of nearly $22 trillion dollars, or almost 55 percent higher than it is today.

Understanding this more clearly has been confused by the emphasis given to the fact that the $2.4 trillion debt ceiling increase has been "matched" by that $2.4 trillion decrease in projected government spending. The impression has been easily created in people's minds that these two amounts are in some way cancelling each other out.

The U.S. Treasury is being given the authority to borrow and spend an additional $2.4 trillion dollars over the next 18 months. But the $2.4 trillion spending reduction over ten years represents, on average, a "savings" of $240 billion a year. Another way of thinking about this is that the government now has the authority to spend, on average, an additional $133 billion per month of borrowed money over the next year and a half. "Matching" this, the government is supposed to spend $20 billion less every month over the next ten years.

So, assuming what has been agreed to by the Congress and the president is actually adhered to, it will take ten years of that mere decrease in the rate of increase in government spending to just equal the increase in the government's debt between now and the end of 2012.

Clearly this entire process has been one of smoke and mirrors by both political parties. New Congressional fiscal committees to deal with the government's debt; supposed "trigger mechanisms" to impose "automatic" across-the-board cuts in government spending if deficit reduction goals are not agreed to; and appeals for Washington's swarm of spending frenzied politicians to act like responsible adults instead of immature children do not grapple with the fundamental problem facing America.

Taming the Fiscal Leviathan to Save America

The United States government is a fiscal leviathan with an insatiable appetite for the wealth and income of those working in the productive private sector. But the government is not a disembodied monster with a will of its own.

Government is made up of individual politicians desiring election and reelection to political office; the bureaucrats manning the departments, bureaus and agencies wanting larger budgets to justify more promotions, higher salaries, and greater authority over other people's lives; and special interest groups wanting to use the taxing, spending, and regulating powers of government to redistribute wealth in their direction, acquire more revenues and higher profits on the basis of political connections than they could earn in the competitive marketplace, and impose their ideological desires and dreams on others who would prefer to live their own lives.

It is this "iron triangle" of politicians, bureaucrats, and special interest groups, as free market economist, Milton Friedman, call them, that make up what government does and for whose benefit, and at a cost to those remaining in society who make up the net taxpayers and burden-bearers of the modern interventionist-welfare state.

The problem we face is that those who benefit from some form of government largess make up a slight majority of the citizenry, according to the latest estimates. It now seems to be the case that the costs of government are born by a minority of the taxpayers of the country. A minority of the working population labors to support and pay for government-supplied incomes, transfers or related benefits enjoyed by a privileged majority.

And what Washington's "iron triangle" wants to spend that it cannot collect in taxes it has been paying for with borrowed dollars that will push the government's debt to $16.5 trillion by the end of next year – thanks to the Congressional and presidential "solution" to the debt ceiling crisis of August 2011.

The only real solution to our government's debt dilemma is to challenge the rationales and justifications for the size and scope of Washington's reach over the lives and the peaceful and productive market activities of the American people. We must work to persuade our fellow Americans not only that we can no longer afford the taxing, spending, and regulatory burdens of government without threatening the society's productive capabilities, but also that it is inconsistent and opposite to the principles of liberty upon which the country was founded.

If we don't succeed in this endeavor we run the risk of destroying the very political and economic foundations upon which America's freedom and prosperity have been based.