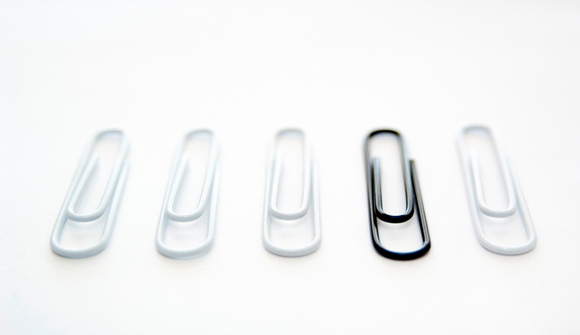 Discrimination has become a "dirty word." It has come to carry the "politically incorrect" connotation of prejudice, hatefulness, racism, and cruel intolerance towards others in society. There is only one problem: Which one of us does not discriminate? Indeed, everything we do reflects discriminating choices and decisions.

The issue of discrimination has captured the headlines, once again, because of a recent law passed by the Indiana legislature and signed by the state's governor, which allows people to not associate with those who are "gay" under certain circumstances, if such association were to conflict with their religious beliefs concerning sexual relationships between those of the same gender.

The Indiana Law and the Response

The law, as I understand it, does not allow the state government of Indiana to discriminate among the citizens on the basis of sexual orientation or any other standard. All Indianans still continue to have equality before the law. None of their civil liberties are abridged or violated by the legislation.

What the law does, as the press has described it, is permit individuals and businesses to choose not to associate with those whose sexual or other orientation crucially comes into conflict with some of their firmly held religious beliefs.

In response, according to the Associated Press, large demonstrations of hundreds of people were held in Indianapolis against the law. The BBC reported that Tim Cook, CEO of Apple, condemned the law, while the American Civil Liberties Union (ACLU) warned that the law threatened to open "the floodgates to discrimination against LGBT people." The Indiana Chamber of Commerce said the law "was entirely unnecessary." Plus, a number of national businesses have suggested that they may limit or stop some of their business activities in Indiana if the law is not overturned or radically modified.

The Fundamental Principle of Freedom of Association

I would like to suggest that a wider principle is at stake here than simply this piece of legislation. It raises, again, the issue of the individual's right of freedom of association.

First of all, we all discriminate because our time and resources are limited, and our interests, values and tastes are not all the same. If I am a vegetarian and I purchase broccoli instead of beef, I am discriminating against (refusing to commercially associate with) all those connected with the cattle raising industry. I diminish their ability to earn a living due to the forgone revenue they do not earn because I buy a vegetable product, instead.

If I buy economics books instead of romance novels, I discriminate against all those who author such widely read volumes of romantic fantasy and sexual suggestion. I like Frank Sinatra, Ella Fitzgerald, and Duke Ellington. So I have discriminated against Lady Gaga by never purchasing a ticket to go to one of her concerts.

It is possible that over the years there have been some people whom I have met who had wished that I had taken the time and interest to become their friend, and thus spent time with them over light discussion and serious conversation.

But I did not, because of other interests, other commitments and other people whom I found more interesting or important to me; in addition, time just did not enable me to include those others who I unintentionally discriminated against by not including them in my circle of friends and activities.

Sometimes the discrimination is intentional. Let's be frank. Very rarely do we like to spend our "free time" with those whose views, values or attitudes differ so much from our own that interaction soon becomes nothing but irritating disagreement, argument, or even heated words of anger.

We enjoy interacting with those who share our same beliefs, values and attitudes about life, art, economics, politics and many other things. We join clubs or associations with those who have similar interests as our self.

I am not interested in joining a Nazi political organization or a "We Love Stalin" fan club. Neither am I interested in becoming a member of either the Republican or Democratic Party. By refusing to do so, I discriminate against all of these people, by intentionally not associating with them.

There is no getting around human discrimination in every facet of life. Indeed, I would consider you, right now, to be the "discriminating reader" by choosing to take the time to read my article rather than someone else's, or to do something different than read with your available time!

So why is there the opposition to this Indiana law or any similar piece of legislation? At one level, it can be taken to be an objection to judging a person by their beliefs, or values, or way of living their private life that may have nothing to do with the character or quality of that person.

Merely finding people of the same sex attractive does not mean you're a "bad person," or not someone of worth in terms of your skills, creativity, or knowledge and knowhow. And why should who you may or may not find romantically attractive have anything to do with someone refusing to rent you a house, or sell you a car, or take pictures at your wedding, for instance?

In "this day and age" it seems atavistic, crude and simply narrow-minded and mean. And so it may very well be. The world is full of people – sometimes right next door – who hold views, express beliefs, and act in ways that we consider wrong, misguided, and insensitive to others.

But what is the proposed solution? Clearly it is to compel people with these "out-of-step" ideas to conform to "right acting" and "right thinking" through forced association imposed by the government.

Furthermore, those who have said they may end all or some of their business activities in the state of Indiana as long as this law remains on the books are, themselves, practicing discriminatory collective guilt. They are marking all in the State of Indiana for "punishment," even those who may not agree with this law or who are indifferent about the legislation and who never think about sexual orientation issues.

So the "innocent" are to be punished along with the "guilty" through a form of "guilt by association." What is being said is, "We will refuse to have any business dealings with any of you until you get all of those in your state to accept our views on the social acceptability of sexual orientations."

Now, in the free society anyone should be able to refuse to do business with anyone with whom they choose not to associate. So, these enterprises are in their right to choose not to do some or all of their business in the State of Indiana for whatever reason.

But what those threatening such a boycott want is for the State of Indiana to force citizens in that state to be coerced into associative relationships into which they do not want to enter. In other words, this is a threatened economic boycott for purposes of gaining legal privileges for some at the expense of others – the compelling of commercial interactions that not all possible participants want to be a part of.

The Broader Issue of Freedom of Association

The more fundamental issue is one of whether or not an individual may or may not be compelled into associations and relationships with those who they do not want to do business, or indeed to have any interaction?

Should a black photographer be required to take photos at a neo-Nazi wedding with banners saying "Death to All N_ _ _ _ _s"? Should a devout Muslim running a catering business be required to prepare and serve pork, if insisted upon, at a Christian family gathering? Should an atheist running a printing business be compelled to publish religious works calling for the silencing of all non-believers as agents of the Devil?

And if not, then on what reasonable or objective basis is it to be determined whose beliefs and values are to be protected as "freedom of association" and whose are not – other than social and ideological fads and fashions of the particular time and place, and those who can succeed in gaining the ear of and influence over those who can pass the relevant legislation?

A free society does not come without a price. Part of that price is the realization and acceptance that there are and always will be people in society who hold views very different from one's own, and live their lives accordingly.

Government Coercion Should Not Be the Answer

Bringing government into these matters merely brings coercion to the table, and therefore makes politics even more than it already is a war for power and control to impose one set of beliefs and values over another on the members of society.

The benefit from leaving discrimination issues out of the political arena is that it remains part of the private sphere. And in the private sphere everyone must weigh the costs and benefits from their own actions and interactions with other private individuals.

A racist or a homophobe is free to discriminate on that basis in the society, and if he runs a business he can refuse to hire those he considers racially inferior or sexually unacceptable. But there is a cost. He misses the opportunity to employ those of useful and profitable skills, abilities and talents, who end up finding jobs with his competitors who place more importance on a financial "bottom line" than personal prejudice.

He equally forgoes the business that could have been his from turning down customers that he chooses not to sell to and deal with, and his rivals gain those sales and larger revenues, instead.

Such an individual may still decide that given his beliefs and values the cost is worth bearing for the benefit of not participating in such commercial associations.

However, the advantage of leaving such matters to the marketplace and out of the legislative halls of power is that his prejudices do not control the decisions of other businessmen or anyone else in society. He can be as anti-homosexual as he wants in his hiring practices and customer dealings. But he cannot prevent any existing or potential competitors from having a different "orientation" – will hiring this individual or accepting this person's business make me more money and give me an enlarged market share compared to my racist or homophobic rival?

In the eyes of the friend of freedom this is the ethically superior and socially more sustainable manner of breaking down and finally eliminating many misplaced and even irrational prejudices, superstitions, and atavistic attitudes and actions.

The path of using political power to try to bring about changes in social attitudes and actions is both morally wrong and often far too counter-productive.

The road to liberty, equality, and tolerance runs through a respect for and defense of individual rights of freedom of association, not by way of collective punishment and group privilege.