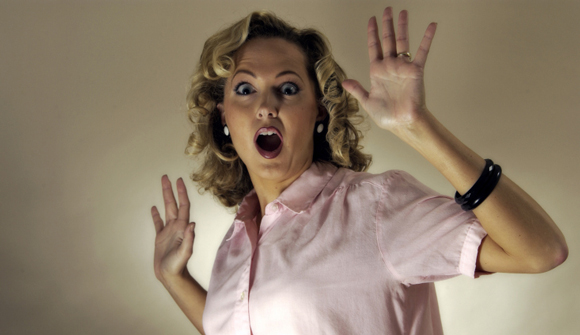 Federal Reserve Chairman, Ben Bernanke, and his designated successor, Janet Yellen, have defended the central bank's $4 trillion monetary expansion over the last five years as a necessity to fight recession and prevent deflation. The only problem is that booms and recessions are caused by central banks, and deflation is "bad" only when it is the result of government policy.

It was the five years of easy money policy and interest rate manipulation between 2003 and 2008 that created the unsustainable housing, investment, and consumer spending booms that finally came crashing down in 2008 and 2009. The Federal Reserve's 50 percent increase in the supply of money and credit in the banking system between 2003 and 2008 generated the illusion that people could do more and spend more than the scarce resources of the society could actually fund and cover.

The recession was a symptom that numerous sectors of the economy had been thrown out of balance during the years of easy money, and that markets needed to rebalance to restore sustainable full employment and long-term wealth-enhancing growth.

Instead of leaving markets alone to find their own levels for that rebalancing of supply and demand, the Federal Reserve continued to pump in even more money into the financial markets – over $4 trillion more into the banking system – and the Federal government went on an even larger than usual deficit spending binge – over $4.6 trillion worth between 2009 and 2013.

Rather than assisting a post-recession recovery, these policies – plus other market-harming government interventions, regulations, and manipulations including ObamaCare – have made this the most sluggish recovery, especially in terms of employment, in the entire period since the end of World War II in 1945.

At the same time, the Federal Reserve leadership has argued that its "quantitative easing" policies were necessary to prevent the economy from experiencing any significant "deflation," defined by the monetary authorities as a sustained and continuing fall in the general level of prices.

This is what is behind the unofficial Federal Reserve policy of aiming for a "target" of two percent price inflation, that is a sustained and continuing rise in the general level of prices.

What is considered to be so "damaging" in a general decline or fall in prices throughout the economy? For many economists, including, seemingly, those at the helm at the Federal Reserve, falling prices is considered a sign of economic "bad times." After all, how can businessmen be making profits and maintain employment if their selling prices are going down?

It is possible to distinguish at least three causal reasons behind any observed general fall in prices, or "price deflation," and it is worth understanding the affects of each one.

A general decline in prices may accompany significant expansions in output resulting from productivity increases and cost efficiencies. One of the competitive forces in the market economy is the never-ending drive of entrepreneurs to bring better and less-expensive goods and services to market for the consuming public.

New technologies and cost-saving innovations introduced within business enterprises enable more goods to be manufactured and sold at lower per-unit costs. Sellers, in one sector of the economy after another, increase their supplies offered on the market, and competitive pressure results in a lowering of the prices of those goods to reflect their lower costs of production. The cumulative effect is that the general level of prices will decline over a period of time.

In the period between the end of the American Civil War in 1865 and 1900, the general level of prices in the United States declined by about 50 percent. While the American economy did experience short periods of economic depression during those years (mostly due to the federal government's manipulation of the monetary standard), this nearly half-century period was the time of America's Industrial Revolution, and it saw a dramatic rise in standards of living even though accompanied by an expanding population.

An open, free-market system tends to foster the incentives and profitable rewards for capital investment and innovation that bring forth increasing prosperity. Greater output at falling prices provides people with higher real income as each dollar they earn now buys a larger quantity of goods and services in the marketplace. Supply-side deflation, therefore, is an indication of a growing and dynamic market system that is improving the economic conditions and opportunities of the general population.

For that reason, such supply-side price deflation has often been called the "good deflation."

All economic change brings with it shifts in market demand-and-supply conditions. Continuous adjustment and balance within the market requires those affected by change to adapt to the new circumstances. In a world of constant change, the demands for some goods increase while other demands decline.

Innovations and technological advancements as well as changing resource availability bring with it shifts in the demand and supply of various forms of labor and capital. The information about these changes and the incentives to appropriately respond to them are provided to people in the market through changes in the structure of relative prices and wages.

Any failure of prices and wages to correctly reflect the new patterns of market supply and demand only generates distortions, imbalances, and maladjustments between the two sides of the market. Under the influence of Keynesian economics, for most of the last 75 years, the resulting unemployment and falling output due to price and wage rigidities have been called "aggregate-demand failures."

The presumption has been that the level of total demand for goods and services in the economy in general falls short of the total supply of goods and services available for sale at prices equal to their costs of production. The problem, it is said, is not that prices and wages are "wrong" on the supply side but rather that aggregate spending is "too low" on the demand side. The policy presumption has been that government and its monetary authority must increase total demand, either through government deficit spending or the central bank's printing money and providing it for private investment and other purposes.

Unemployment as a Supply-Side Pricing Problem

The free-market economist William H. Hutt gave a refutation to this Keynesian reasoning in his two works A Rehabilitation of Say's Law (1974) and The Keynesian Episode (1979). Hutt argued that when the Keynesians refer to excess aggregate supply and an apparent weakness of aggregate demand to purchase that supply, they are looking through the wrong end of the telescope.

There cannot be an "aggregate" excess supply of everything unless there is a super-abundance of all resource inputs and consumer-demanded outputs, at which point there would no longer be an "economic problem" because there would no longer be scarcity. Why bother whether all are employed when the society has reached the point where it is so rich in all desired things that there is no longer any work left to be done?

What can exist is an oversupply of particular goods relative to the demand for them at the prices at which they are being offered for sale. What is preventing the buying of more of these goods is not that the aggregate demand is "too low" but rather that the particular prices for these goods are set too high, given the consumer demands for them.

In other words, the sellers of these goods or labor services are pricing themselves out of the market. It is the unwillingness of resource owners to price their products and services at levels commensurate with consumer demand that Hutt said were the cause of prolonged depressions.

When a supplier is unwilling to lower his price or wage to induce greater sales when demand for his particular good or service turns out to be less than he had, perhaps, expected, then a part of his supply remains unsold and a portion of the labor services available for hire remains unemployed.

The loss of income due to producers or workers maintaining their supply prices too high relative to actual market demand results in a decrease in their ability to purchase the goods and services of others being offered on the market.

If the suppliers of those goods and services, in turn, refuse to adjust their prices and wages downwards, given the now-lower demand for their output, then the circle of unsold products and unemployed labor starts to expand. A "cumulative contraction" of output and employment may develop in the face of such a network of relatively rigid prices and wages.

Hutt also emphasized that whenever a price or wage that is too high is lowered closer to its equilibrium or market-clearing level, suppliers of those goods and services increase their sales and potentially earn higher income. Their higher incomes from pricing their goods and services more correctly, in turn, enable them to increase their demands for other goods and services and thus start a process of expanding the circle of employment and production opportunities in the market. Market-guided pricing puts the unemployed back to work and releases the flow of demand for a growing circle of goods in the economy.

A general decline in prices can also be brought about by a monetary deflation. A contraction in the supply of money and credit reduces the amount of money in people's hands with which they can demand the various goods and services they wish to buy in the market. With less money to spend, there invariably results a downward pressure on prices and wages in general in the economy.

If there are price and wage rigidities, as just discussed, then the process of restoring balance between market supplies and demands at a required lower scale or level of prices can be dragged out and punctuated by "recessionary" unemployment and lower production.

Under central banking, monetary contractions are government-made. There have been instances when governments have intentionally contracted the money supply. The British government did so after the war with Napoleon in the early 19th century and then again after the First World War in the early 1920s.

Other times it has happened as a result of the central-bank-managed fractional-reserve system, under which outstanding bank liabilities are a multiple of the actual reserves to meet all depositor obligations. In the early 1930s, bank loans went bad, depositors withdrew their funds out of fear of bank closings, and the amount of bank credit outstanding contracted as a multiple of the reserves withdrawn by depositors.

But as we saw, for practically the entire 21st century, so far, the Federal Reserve has been greatly increasing the supply of money and credit to the banking system, both during the "boom" years between 2003 and 2008, and even more "aggressively" during the recession and recovery years between 2008 and 2013. So no monetary deflation or contraction has threatened the U.S. economy.

What we should want is a non-inflationary monetary framework for the United States, through severe restraints on the ability of the Federal Reserve to expand the supply of money and credit, and through an eventual shift away from central banking to a gold, or some other commodity-based, private competitive banking system.

A truly free market economy, therefore, is one that tends to have the "good deflation," and we should look forward to it, if only government intervention and central banking would get out of the way.