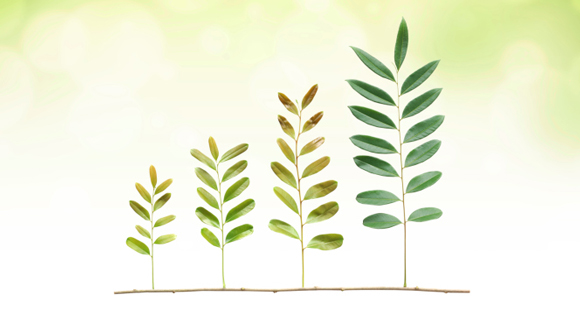 Why is it that government grows in size and scope, and is so difficult to stop or reverse? Political economist Gordon Tullock, who passed away on November 3, 2014 at the age of 92, was a path-breaker in explaining how and why big government keeps getting bigger.

Gordon Tullock was one of the founders of what has become known as Public Choice theory – applying the logic of economics to understanding the nature and workings of the political process.

Born in Illinois in 1922, Tullock earned a law degree at the University of Chicago in 1947. He served in the U.S. Foreign Service and was stationed in north China in the late 1940s, witnessing the Chinese Civil War that ended with the triumph of communism and the dictatorship of Mao Zedong.

The Birth and Logic of Public Choice

In the 1950s he began a long collaboration with economist James M. Buchanan that was devoted to the economic analysis of democratic political decision-making and resulted in their co-authored book, The Calculus of Consent (1962). Many familiar with Tullock's contribution to the development of Public Choice theory felt that he had unfairly not been included in the awarding of the Nobel Prize in Economics that was given to James Buchanan in 1986 for this insightful extension of economic reasoning to the workings of government.

The starting point of Public Choice theory is that the logic and rationality of the political process has the same foundation as economic theory in general: Individuals, whether in the marketplace or the political arena, are guided by self-interested motives to improve their circumstances; they weigh costs and benefits, and they respond to incentives.

In the political process there is an "iron-triangle" of three interacting groups of people. There are special-interest demanders those who desire favors and privileges from the government at the expense of consumers, competitors and taxpayers; there are politician suppliers who offer government-bestowed favors and privileges in return for campaign contributions and votes; and there are the bureaucratic managers of the regulatory, interventionist, and redistributive system, who are constantly on the lookout for ways and means to expand their authority and increase their budgets as avenues to more power and opportunities for promotion and higher salaries.

It is Rational to be Ignorant about Politics

Why do voters not see through the propagandistic smokescreen that is used to rationalize this process of legalized plunder? Tullock explained that it is because voters are rationally ignorant. For any one voter, his ballot, in terms of its potential to make the difference in any election, is insignificant in relation to all the votes cast.

Everything, after all, has a cost. More time devoted to any one activity means less time remaining available to do something else during any given period of time. Individuals allocate their time to any one activity for as long as they consider the additional, or "marginal," benefit to be greater than the additional, or "marginal," cost of using that same time for some alternative activity, instead.

Becoming an informed or knowledgeable citizen on governmental policies has a cost, since time has to be allocated and used to become that better-informed voter. For many people, any benefit from being a politically and economically informed voter is based on the significance that person's vote might have on influencing the outcome of an election.

In almost all elections, the individual's vote counts for little in determining that outcome, especially since the larger the number of people participating in the voting process, the smaller becomes the "weight" or importance of any one individual's vote.

For example, in the November 2012 presidential election, 118 million eligible voters cast their ballot. This meant that any one voter counted for only 1/118,000,000 in deciding the outcome.

If politically informed knowledge is viewed as a means to the end of "making a difference" and therefore "why it should matter" to be an informed voter, the cost will often seem greater than the benefit from gaining very much political or economic knowledge about the candidates and the details of the policy issues at stake in the election.

Thus, it is reasonable – "rational" – for many voting-age citizens not to incur much of a cost in time and effort to be able to make a more intelligent decision in the political process. For most people it is just not worth the personal cost in time and expense to become intelligently informed on all the various policy issues that are being advocated by politicians, interest groups, and bureaucrats. Therefore, the average individual has little incentive to incur the intellectual expense to penetrate the political smokescreens.

However, on the other hand, those special interest groups who hope or expect to obtain clear and large concentrated benefits from various forms of government intervention, regulation and income redistribution have a strong motive to be highly informed abut the policy issues and the politicians who can provide them with their political privileges and favors.

One of Gordon Tullock's most insightful contributions was the concept of "rent-seeking." What motivates the drive for government favors and privileges is "rent-seeking" behavior. It is the name given to the pursuit of profits through the political process. A better name, perhaps, would have been "political profit-seeking" in comparison to "market-based profit-seeking."

In the free marketplace, the only way in which producers can earn revenues and profits is by successfully competing against their rivals in offering better and less-expensive goods to the consuming public. But, Tullock said, there is another route to profits: the use of government to obtain restrictions and protections limiting the ability of market rivals to compete in ones own market or to receive direct government subsidies or contracts from the government to gain profits.

The costs from this process of politically acquired profits, Tullock explains, are the resources and labor devoted to manipulating the political process to one's advantage, rather than to producing the goods and services potentially desired by consumers on the market.

Suppose there are three competitors in a market, each of whom earns $5,000 of revenue that is just equal to the cost of their individual costs of production, given the price they competitively charge and the amounts of the good they, respectively, sell to the buying public. Combined they earn total revenues of $15,000.

Now suppose that it might be possible for one of these three producers to successfully influence politicians controlling the passing of economic policy legislation to give one of them a monopoly position in their market. One would have the legal monopoly privilege to be the single seller of this good, and the other two, as a consequence, would be regulated out of the market.

Further imagine that the lucky winner in the political competition to become the market monopolist would then earn total revenues of $20,000, with production costs of $10,000, resulting in a profit of $10,000.

The political pursuit of gaining this monopoly position, and the resulting extra politically based profits will act as an incentive for each of the three competitors to devote resources – expressed in sums of money – in the political lobbying process to try to become the winner at the expense of their two market rivals.

Each of them would have an incentive to possibly spend up to $15,000 to try to gain the monopoly position (equal to the current $5,000 they earn from being one of the existing competitors in this market, and which they would lose if they are driven out of this market, plus the $10,000 of extra profits that can be theirs if they gain the monopoly privilege.)

In other words, the three competitors would have an incentive to spend up to a combined total of $45,000 in the political contest to defeat the other two in pursuit of the monopoly position, so one of them can earn an extra $10,000 of profit.

Tullock insisted that this represented complete economic waste, in the sense that rather than those sums of money (and the real resources they represent) being applied through investment to make more, better and less expensive goods available to the consumers of the society, they were used to influence and manipulate the political process in their direction instead of someone else's.

Successful rent seeking results in closed-off markets and limits on competition, all of which in the longer run reduce the innovation and competitive rivalry that normally act as the stimulus for improvements in the quantities, varieties and prices of goods available to consumers.

Bigger is Not Better – Benefits of Small, Local Government

Tullock also suggested that Public Choice theory can offer insights into the benefits from political federalism that are lost when power is centralized in one single political authority within a country. First, that very diversity of policy preferences among people suggests the reason that many issues should be decided at the local level, where the people most directly interested in and possibly affected by a particular policy may be concentrated. A smaller group may sometimes find it easier to reach a common agreement about things.

Second, if issues to be voted on are localized, the number of voters participating in an election is reduced in comparison to a national vote. As a consequence, the importance of any one person's vote increases, and more people may be influenced to incur the personal cost of becoming better informed about the policies on which they may be expected to vote.

Third, if a jurisdiction is decentralized and its geographic size reduced, an individual who feels strongly enough that he can no longer endure the policies implemented within the area in which he lives has a shorter way to go to move away. Some of the costs of voting with his feet, in other words, are reduced.

And, fourth, having many competing governments makes it easier for citizens to compare and contrast the costs and benefits from government programs implemented in different political jurisdictions. It may make some voters more informed about the likely consequences to be expected from a policy if they can look next door at a neighboring political jurisdiction that has already been experimenting with a policy they are being asked to vote on.

But the fact remains that in the political arena, relationships are based on force because the results are coercively imposed on people whether or not they supported the policies. This also highlights the fact that after any election, each voter is forced to live with a package deal, i.e., all the policies to be implemented by the politicians elected. No one can refuse to pay for or obey implemented government policies with which he disagrees.

It must be admitted that Gordon Tullock did not offer many fruitful suggestions about how to escape from these and related dilemmas experienced in modern democratic politics. But what he did do was to clarify and explain the nature of the big government beast and what it feeds off to keep getting larger and larger.

The answer, in my view, can only be found in the wider context of moral and political philosophy about the nature of man in society, and a successful theory of individual rights to life, liberty and honestly acquired property.

But this does not distract from the important and valuable contributions that Gordon Tullock has left us with about the reality of the political process, and the problems we must confront to hold back and defeat the Leviathan State.