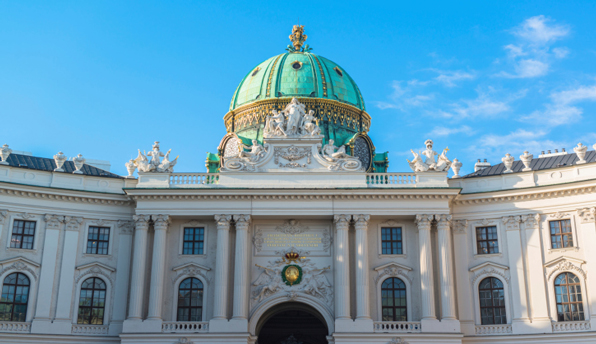 EDITORIAL
Lessons from the Great Austrian Inflation
By Richard Ebeling - May 13, 2014

One of these tragic episodes that is worth recalling and learning from was the disintegration of the Austro-Hungarian Empire and the accompanying Great Austrian Inflation in the immediate postwar period in the early 1920s.

The Habsburg Monarchy and the Coming of World War I

In the summer of 1914, as clouds of war were forming, Franz Joseph (1830–1916) was completing the 66th year of his reign on the Habsburg throne. During most of his rule Austria-Hungary had basked in the nineteenth-century glow of the classical-liberal epoch. The constitution of 1867, which formally created the Austro-Hungarian "Dual Monarchy," ensured that every subject in Franz Joseph's domain had all the essential personal, political and economic liberties of a free society.

The Empire encompassed a territory of 415,000 square miles and a total population of over 50 million. The largest linguistic groups in the Empire were the German-speaking and Hungarian populations, each numbering about 10 million. The remaining 30 million were Czechs, Slovaks, Poles, Romanians, Ruthenians, Croats, Serbs, Slovenes, Italians and a variety of smaller groups of the Balkan region.

But in the closing decades of the nineteenth century, the rising ideologies of socialism and nationalism superseded the declining classical-liberal ideal. Most linguistic and ethnic groups clamored for national autonomy or independence, and longed for economic privileges at the expense of the other members of the Empire. Even if the war had not brought about the disintegration of Austria-Hungary, centrifugal forces were slowly pulling the Empire apart because of the rising tide of political and economic collectivism.

Like all the other European belligerent nations, the Austro-Hungarian government immediately turned to the printing press to cover the rising costs of its military expenditures in the First World War. At the end of July 1914, just after the war had formally broken out, currency in circulation totaled 3.4 billion Austrian crowns. By the end of 1916 it had increased to over 11 billion crowns. And at the end of October 1918, shortly before the end of the war in early November 1918, the currency had expanded to a total of 33.5 billion crowns. From the beginning to the close of the war the Austro-Hungarian money supply in circulation had expanded by 977 percent. A cost-of-living index that had stood at 100 in July 1914 had risen to 1,640 by November 1918.

But the worst of the inflationary and economic disaster was about to begin. Various national groups began breaking away from the Empire, with declarations of independence by Czechoslovakia and Hungary, and the Balkan territories of Slovenia, Croatia and Bosnia being absorbed into a new Serb-dominated Yugoslavia. The Romanians annexed Transylvania, the region of Galicia became part of a newly independent Poland and the Italians laid claim to the southern Tyrol.

The last of the Habsburg emperors, Karl, abdicated on November 11, 1918, and a provisional government of the Social Democrats and the Christian Socials declared German-Austria a republic on November 12. Reduced to 32,370 square miles and 6.5 million people – one-third of whom resided in the city of Vienna – the new, smaller Republic of Austria now found itself cut off from the other regions of the former empire as the surrounding successor states (as they were called) imposed high tariff barriers and other trade restrictions on the Austrian Republic. In addition, border wars broke out between the Austrians and the neighboring Czech and Yugoslavian armies.

Within Austria the various regions imposed internal trade and tariff barriers on other parts of the country, including Vienna. The rural regions hoarded food and fuel supplies, with black marketeers the primary providers of many of the essentials for the citizens of Vienna. Thousands of Viennese would regularly trudge out to the Vienna Woods, chop down the trees, and carry cords of firewood back into the city to keep their homes and apartments warm in the winters of 1919, 1920 and 1921. Hundreds of starving children were seen every day begging for food at the entrances of Vienna's hotels and restaurants.

The primary reason for the regional protectionism and economic hardship was the policies of the new Austrian government. The Social Democrats imposed artificially low price controls on agricultural products and tried to forcibly requisition food for the cities from the countryside. The rural population resisted the food-requisitioning police units sent from Vienna, sometimes opposing the confiscation of their harvests with armaments.

The only thing that saved even more starvation was the effectiveness of a huge black market that got around the network of price controls and the provincial government restrictions that attempted to prevent the exporting of food to Vienna. Housewives in Vienna would refer to, "My smugger," meaning the regular black market provider of the essentials of life, and of course, at prices far above the artificial prices set by the socialist government in the capital.

The Costs of Austrian Socialism and Hyperinflation

By 1921 over half the Austrian government's budget deficit was attributable to food subsidies for city residents and the salaries of a bloated bureaucracy to manage an expanding welfare state. The Social Democrats also regulated industry and commerce, and imposed higher and higher taxes on the business sector and the shrinking middle class. One newspaper in the early 1920s called Social Democratic fiscal policy in Vienna the "success of the tax vampires."

At first the black marketeers in Vienna would accept the depreciating Austrian crown as payment for smuggled goods from the rural areas. But by the autumn of 1923, they would only sell for other commodities considered of higher and more tradable value than increasingly worthless paper money. A gold watch bought four sacks of potatoes; fifty cigars of a superior quality purchased four pounds of pork or ten pounds of lard.

During the worst of the inflation, the Austrian central bank printing presses were working night and day churning out the vast quantities of the currency. At the 1925 meeting of the German Verein für Sozialpolitik (the Society for Social Policy), Austrian economist Ludwig von Mises told the audience:

"Three years ago a colleague from Germany, who is in this hall today, visited Vienna and participated in a discussion with some Viennese economists . . . Later, as we went home through the still of the night, we heard in the Herrengasse [a main street in the center of Vienna] the heavy drone of the Austro-Hungarian Bank's printing presses that were running incessantly, day and night, to produce new banknotes. Throughout the land, a large number of industrial enterprises were idle; others were working part-time; only the printing presses stamping out banknotes were operating at full speed."

Finally in late 1922 and early 1923 the Great Austrian Inflation was brought to a halt. This was due to a great extent to the efforts of Ludwig von Mises. Mises was a senior economic analyst at the Vienna Chamber of Commerce. He worked tirelessly to persuade those in political power that the food subsidies had to end. Finally, in 1922, he was able to arrange for several prominent business associations and the association of labor unions in Vienna to call for the elimination of the government's costly food subsidies at the controlled prices.

To ameliorate the differential effects that inflation was having on often raising the prices of goods before any rise in money wages, Mises proposed and had accepted a price indexation scheme linked to the value of gold, so that money wages on average would rise at the same rate and by the same degree as the general level of prices was going up. This would take pressure off the government to have to compensate with expensive food subsidies in the face of the rising cost of living, and which could be funded with no means other than further and further increases in the paper money supply.

Then Mises succeeded in persuading the Austrian chancellor, Ignaz Seipel, that continuation of the inflation would lead to the economic and political ruin of the country. Mises warned Seipel that with an end to the inflation there would be a "stabilization crisis" during which the Austrian economy would have to go with an adjustment period. The market would have to rebalance itself due to the distortions and misdirection of labor, capital and resources that the inflation had brought about.

Seipel accepted that fact that the readjustment consequences were necessary if a worse disaster was to be avoided from a total collapse of the Austrian monetary system. The Austrian government appealed for help to the League of Nations, which arranged a loan to cover a part of the state's expenditures. But the strings attached to the loan required an end to food subsidies and a 70,000-man cut in the Austrian bureaucracy to reduce government spending.

At the same time, the Austrian National Bank was reorganized, with the bylaws partly written by Ludwig von Mises. A gold standard was reestablished in 1925, a new Austrian shilling was issued in place of the depreciated crown and restrictions were placed on the government's ability to resort to the printing press again.

Unfortunately, Austria's economic recovery was short-lived. In the second half of the 1920s, the Austrian government again increased expenditures, borrowed money to cover its deficits and raised taxes on the business sector and higher income individuals. This resulted in economic stagnation.

In 1931, Ludwig von Mises co-authored a report for the Austrian government that showed that fiscal policy had resulted in capital consumption. Business taxes, social insurance taxes and workers' wages had increased so much between 1925 and 1929 relative to the rise in selling prices for manufactured goods that many enterprises had not had enough after-tax revenues to replace physical capital used up in production. Misguided Austrian fiscal policy had resulted in a partial "eating of the seed corn."

With the coming of the Great Depression in the early 1930s Austria suffered a new financial crisis due to banking mismanagement. An attempted "bailout" to save some of Vienna's leading banks created even more fiscal havoc with the Austrian government's budget and a partial moratorium on payment of Austria's international debt. Loans arranged through the League of Nations provided temporary stopgap remedies to the fiscal crisis.

But overshadowing even all of the economic chaos was a political crisis in 1933. A procedural voting dispute in the Austrian Parliament lead the Austrian chancellor, Engelbert Dollfuss, to suspend the country's constitution and impose a one-party, fascist-type dictatorship. In 1934, Austrian Nazis inspired by Hitler's coming to power in Germany a year earlier murdered Dollfuss in a failed coup attempt.

Four years later, in March 1938, Hitler ordered the invasion of Austria, and the country was annexed into Nazi Germany. Austria's previous monetary and fiscal mismanagement soon paled in comparison to its fall into the abyss of Nazi totalitarianism and then the destruction of World War II.

For those who say that such things as a hyperinflation, economic chaos, capital consumption and political tyranny "can't happen here," it is worth remembering that a hundred years ago, in 1914, few in prewar Vienna could have imagined that it would happen there.