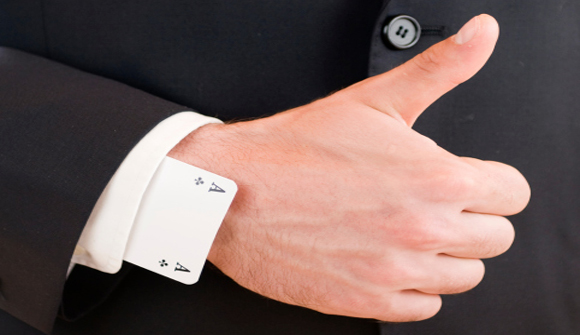 On December 16, 2009, the Federal Reserve Open Market Committee announced that it was planning to maintain a Federal Funds rate between zero and a quarter of a percentage point. The Committee said that it would keep interest rates "exceptionally low" for an "extended period."

Arguing that there was no reason to fear significant price inflation for the foreseeable future, the Open Market Committee also told that it was continuing to inject more Federal Reserve-created money into the financial markets as it finishes buying up by the end of March 2010 a total of more than $1.5 trillion in mortgage-backed securities and related debt held on the books of Fannie Mae and Freddie Mac.

Virtually all commentaries about the Fed's announced policies focus on whether it is too soon for the Federal Reserve to raise interest rates given the state of the economy, or whether the Fed should already be raising interest rates to prevent future price inflation.

What is being ignored is the more fundamental question of whether the Fed should be attempting to set or inï¬‚uence interest rates in the market. The presumption is that it is both legitimate and desirable for central banks to manipulate a market price, in this case the price of borrowing and lending. The only disagreements among the analysts and commentators are over whether the central banks should keep interest rates low or nudge them up and if so by how much.

Market-Based Interest Rates Have Work to Do

In the free market, interest rates perform the same functions as all other prices: to provide information to market participants; to serve as an incentive mechanism for buyers and sellers; and to bring market supply and demand into balance. Market prices convey information about what goods consumers want and what it would cost for producers to bring those goods to the market. Market prices serve as an incentive for producers to supply more of a good when the price goes up and to supply less when the price goes down; similarly, a lower or higher price inï¬‚uences consumers to buy more or less of a good. And ï¬nally, the movement of a market price, by stimulating more or less demand and supply, tends to bring the two sides of the market into balance.

Market rates of interest balance the actions and decisions of borrowers (investors) and lenders (savers) just as the prices of shoes, hats, or bananas balance the activities of the suppliers and demanders of those goods. This assures, on the one hand, that resources that are not being used to produce consumer goods are available for future-oriented investment, and, on the other, that investment doesn't outrun the saved resources available to support it.

There is one crucial difference, however, between the price of any other good that is pushed below that balancing point and interest rates being set below that point. If the price of hats, for example, is below the balancing point, the result is a shortage; that is, suppliers offer fewer hats than the number consumers are willing to buy at that price. Some consumers, therefore, will have to leave the market disappointed, without a hat in hand.

In contrast, in the market for borrowing and lending the Federal Reserve pushes interest rates below the point at which the market would have set them by increasing the supply of money on the loan market. Even though savers are not willing to supply more of their income for investors to borrow, the central bank provides the required funds by creating them out of thin air and making them available to banks for loans to investors. Investment spending now exceeds the amount of savings available to support the projects undertaken.

Investors who borrow the newly created money spend it to hire or purchase more resources, and their extra spending eventually starts putting upward pressure on prices. At the same time, more resources and workers are attracted to these new investment projects and away from other market activities.

The twin result of the Federal Reserve's increase in the money supply, which pushes interest rates below that market-balancing point, is an emerging price inï¬‚ation and an initial investment boom, both of which are unsustainable in the long run. Price inï¬‚ation is unsustainable because it inescapably reduces the value of the money in everyone's pockets, and threatens over time to undermine trust in the monetary system.

The boom is unsustainable because the imbalance between savings and investment will eventually necessitate a market correction when it is discovered that the resources available are not enough to produce all the consumer goods people want to buy, as well as all the investment projects borrowers have begun.

The unsustainability of such a monetary-induced investment boom has been shown, once again, to be true in the latest business cycle. Between 2003 and 2008, the Federal Reserve increased the money supply by at least 50 percent. Key interest rates, including the Federal Funds rate and the one-year Treasury yield, were either zero or negative for much of this time when adjusted for inflation. The rate on conventional mortgages, when inflation adjusted, was between two and four percent during this same period.

It is no wonder that there emerged the now infamous housing, investment, and consumer credit bubbles that have now burst. None of these would have been possible and sustainable for so long as they were if not for the Fed's flood of money creation and the resulting zero or negative lending rates when adjusted for inflation.

The monetary expansion and the artificially low interest rates generated wide imbalances between investment and housing borrowing on the one hand and low levels of real savings in the economy on the other. It was inevitable that the reality of scarcity would finally catch up with all these mismatches between market supplies and demands.

This was, of course, exacerbated by the Federal government's housing market creations, Fannie Mae and Freddie Mac. They opened their financial spigots through buying up or guaranteeing ever more home mortgages that were issued to a growing number of uncredit worthy borrowers. But the financial institutions that issued and then marketed those dubious mortgages were, themselves, only responding to the perverse incentives that had been created by the Federal Reserve and by Fannie Mae and Freddie Mac. Why not extend more and more loans to questionable homebuyers when the money to fund them was virtually interest-free thanks to the Federal Reserve? And why not package them together and pass them on to others, when Fannie Mae and Freddie Mac were subsidizing the risk on the basis of the "full faith and credit" of the United State government?

What has been the Federal Reserve's response in the face of the busted bubbles its own policies helped to create? Between September and December of 2008, the monetary base (currency in circulation and reserves in the banking system) exploded by 82 percent, from $905 billion to over $1.6 trillion. And over the last 12 months, from December 2008 to November 2009, the monetary base has continued to increase by an additional 18 percent to over $1.9 trillion.

At the same time, M-2 (currency in circulation plus demand and a variety of savings and time deposits) grew by 12 percent in calendar year 2008, and has continued to increase by 5 percent in 2009. Monetary aggregates like M-2 have not expanded even more in the last year due to the fact that about $1 trillion of the monetary base created by the Federal Reserve is sitting as excess reserves.

Why haven't banks lent out this huge amount of newly created money? Partly it is due to the fact that after the wild bubble years, many financial institutions have returned to the more traditional credit worthy benchmarks for extending loans to potential borrowers. This has slowed down the approval rate for new loans. (For trying to once again follow some of these more responsible lending practices, President Obama has been criticizing the banks for failing to once more expand loans to potentially overly risky business and investment ventures.)

But more importantly, those excess reserves are collecting interest from the Federal Reserve. With continuing market uncertainties about government policies concerning environmental regulations, national health care costs, the burden of the Federal debt and other government unfunded liabilities (Social Security and Medicare), as well as other possible political interferences in the marketplace, banks have found it more attractive to be paid interest by the Federal Reserve rather than to lend money to private borrowers. And considering how low Fed policies have pushed down key market lending rates, leaving those excess reserves idle with Ben Bernanke has seemed the more profitable way of using all that lending power.

Even under the heavy-handed intervention of the government, markets are fundamentally resilient institutions that have the capacity to bounce back unless that governmental hand really chokes the competitive and profit-making life out of capitalism. Any real recovery in the private sector will result in increased demands to borrow that would be satisfied by all of that Fed-created funny money currently sitting idle. Once those hundreds of billions of dollars of excess reserves come flooding into the market, price inflation will not be far behind.

But even before the private sector may wish to significantly increase their demand to borrow to undertake new investment, the funding of the trillion-dollar a year Federal deficits may end up using a good part of those excess reserves. Then those hundreds of billions of Fed-created dollars will enter the market to finance all of the government's spending that taxes are not paying for.

Central Banking as the Problem, Not the Solution

At the heart of the problem is that fact that the Federal Reserve's manipulation of the money supply prevents interest rates from telling the truth: How much are people really choosing to save out of income, and therefore how much of the society's resources – land, labor, capital – are really available to support sustainable investment activities in the longer run? What is the real cost of borrowing, independent of Fed distortions of interest rates, so businessmen could make realistic and fair estimates about which investment projects might be truly profitable, without the unnecessary risk of being drawn into unsustainable bubble ventures?

Unfortunately, as long as there are central banks, we will be the victims of the monetary central planners who have the monopoly power to control the amount of money and credit in the economy; manipulate interest rates by expanding or contracting bank reserves used for lending purposes; threaten the rollercoaster of business cycle booms and busts; and undermine the soundness of the monetary system through debasement of the currency and price inflation.

Interest rates, like market prices in general, cannot tell the truth about real supply and demand conditions when governments and their central banks prevent them from doing their job. All that government produces from their interventions, regulations and manipulations is false signals and bad information. And all of us suffer from this abridgement of our right to freedom of speech to talk honestly to each other through the competitive communication of market prices and interest rates, without governments and central banks getting in the way.