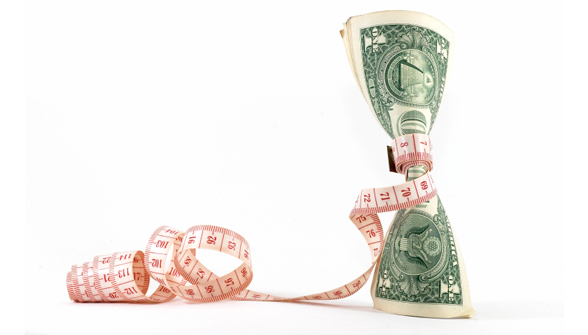 The mainstream media and the Washington, D.C.-obsessed news pundits are in hysterics that the United States government is potentially facing default if the Congress does not increase the legal debt limit, so the U.S. Treasury can continue to borrow more and more hundreds of billions of dollars in the fiscal year 2014 to cover the government's spending in excess of what it collects in tax revenues.

What has been given little attention in all of this anxiety is that if the debt limit is not raised the Federal government will have to operate within the confines of a balanced budget. That is, the government would be authorized to only spend what it collects in taxes.

This, in itself, makes the case for not increasing the debt limit very appealing. Of course, this would mean that the government could not cover a lot of those expenditures that it has contracted or legislatively committed itself to in previous years. This is what has generated most of the outcry.

But we should also realize that if the government is prevented from any more borrowing, it would become crystal clear that the government does not possess an unlimited financial horn-of-plenty from which to satisfy every conceivable ideological and special interest demand for which an appeal is made to Washington.

If any of these demands for government spending above what can be covered by current government revenues were to be satisfied, it would then compel politicians and bureaucrats to tell the American public that which they avoid admitting like the plague: There is an inescapable trade-off between the people spending their own money and government taxing it away and spending for them.

In other words, no longer could there be the illusion of a "free lunch," in which the Federal government makes it seem that something could be had for nothing, or at less than its real full cost. Every additional dollar of higher government spending above what is currently collected in taxes would require one less dollar left in the hands of private citizens who had produced and earned it, because that extra dollar of government spending would require an extra dollar of taxes taken out of the taxpayer's pocket.

This would require the citizens and the taxpayers of the United States to ask themselves exactly what it is they want the government to spend money on, and for which they will have to make the hard choice to have less money in their own pockets to pay for it.

In other words, the American people would be reminded that there is a thing called "scarcity," that the resources and financial means to obtain all that we would like to have is limited and insufficient relative to our wants and demands for things.

We each make such trade-offs and hard choices in our own personal, daily lives. Out of our take-home pay we decide whether we are willing to sacrifice going on that desirable but more expensive vacation so to put more money in our savings account to have the means to repair the roof on our home or to have more money put aside to pay for our child's education when they are ready to go off to college.

Or if we put that new flat-screen television on our credit card, we know it may mean planning to go out to dinner less frequently for a while, since our monthly payment will be higher while we are paying it off, including more interest on that borrowed money.

A balanced budget for the government means having to prioritize what it can afford to spend, and on what – just like you and me. In the federal government's fiscal year, 2014, it is estimated that at least $3 trillion will be collected in taxes. This is more than enough to pay the government's estimated debt expenses of around $340 billion, leaving over $2.5 trillion to cover other expenditures including Social Security and Medicare expenditures, and more.

Would the burden of further cuts have to fall even further on "discretionary" government spending – including defense – if "entitlements" remain off the table? Yes, but that in itself would impose hard thinking on the American people as to whether or not they were willing to face the fact that it is the entitlement programs like Social Security, Medicare and soon ObamaCare that are sucking up the greatest amount of what the government takes in as taxes now and will in the future.

The American citizenry would be forced to look themselves in the face, and ask whether they are willing to pay the higher taxes to cover these rising entitlement costs, or whether they are finally willing to accept the fact that real entitlement reform must be undertaken – including the option of transitioning out of government responsibility for our retirement and health care costs.

These are tough choices, given the increasingly embedded psychology of government paternalist dependency and the politics of trying to live at other people's tax expense for things we want government to do for us.

But we either face this reality and reevaluate what is and should be the role and responsibility of government in society, or we "bust the budget" with continuing deficit spending and growing national debt, and face potential financial ruin for ourselves and our children and grandchildren further on in the 21st century.

The inescapable and inevitable choice is ours.