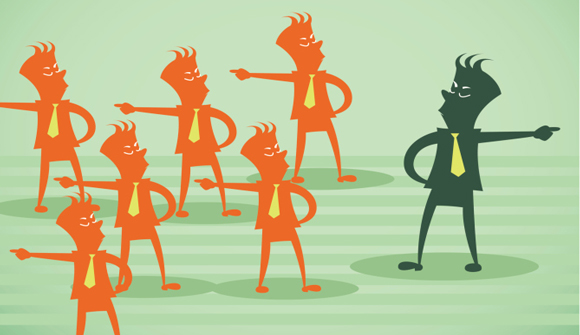 EDITORIAL
Opposing Bad Laws Like ObamaCare is not Un-American
By Richard Ebeling - November 19, 2013

Should bad legislation be supported simply because it is the "law of the land"? Larry Summers, Treasury Secretary under Bill Clinton and former economic advisor to Barack Obama, thinks so.

In a recent editorial Summers argues that in spite of the false start and misunderstanding surrounding the implementation of ObamaCare, everyone in Congress should do all in their power to help it to be a success.

Why? Because otherwise "government loses the ability to deliver for citizens and citizens lose respect for government. Our Democracy is the loser."

Mr. Summers uses the analogy of war. "Everyone understands that when the country is at war, even a war they oppose, vigorous oversight is essential, but, in the end, there is an obligation to support American troops. In the same way, history will not judge kindly those who, having lost political debates, go beyond vigorous oversight and seek to subvert enacted programs."

Let's take some historical examples. In 1850, the U.S. Congress passed the Fugitive Slave Act. It stated that any runaway slave had to be returned to his master, even if he had escaped to what before the Civil War were the "free states" in which human slavery was already prohibited. Indeed, any person harboring a fugitive slave was subject to a $1,000 fine and six months in prison.

It was argued at the time that the act was an attempt to calm the fears of the Southern slave states that the Northern states would try to undermine that "peculiar institution" by offering refuge and protection to those who could successfully escape to one of the "free states."

Should every American have done his best to track down and turn in runaway slaves, and inform on neighbors, friends and even relatives who were hiding such slaves? After all, it was the law of the land; it was meant to maintain the "unity" of the country against the dangers of regional division.

Abolitionists and other opponents of slavery considered it to be an abomination against morality and justice to make it a crime to give "aid and comfort" to the fugitive slave. Of course, instead, there were many in the Northern states who assisted in what was known as the "underground railroad," which helped runaway slaves to illegally escape to Canada where slavery had long been abolished.

Were these active opponents of slavery who had, up to that time, lost the "political debate," to now do nothing to challenge the law, lest Americans lose their respect for government, and weaken democracy?

Criticizing Bad Wars Is Not Unpatriotic

Larry Summers uses the analogy of war, when he says, even if you have opposed a war, it is your duty as an American is to support the troops. But what if it is an unjust war? That is, a war that is not in defense of the nation in response to the aggressive attack of another country, or to any present and evidently clear "danger"?

Instead, it is a war in which your government is the aggressor against another nation, in which the soldiers of your country are violating the freedom and property of another people. Should the attitude be "my country, right or wrong," due to your government's military adventure placing the servicemen of your nation in "harm's way"?

There was a small number of Germans who chose to oppose the Nazi regime during the Second World War. During about a six-month period in 1942-1943, a small group of German students known as the "White Rose" clandestinely distributed anti-Hitler leaflets and wrote anti-war graffiti on walls. Six of the most prominent members of the "White Rose" were captured by the Gestapo and shortly afterward beheaded.

Were they young men and women of moral courage and character, or were they enemies of national unity preventing the government from "delivering" on its promises, and therefore undermining "respect" for the Nazi German government?

I am sure that Mr. Summers would accuse me of drawing upon two unfair examples that have nothing in common with implementing something as "well intentioned" as ObamaCare.

But that is the point. Is ObamaCare a "benign" and "socially just" piece of legislation that merely is intended to assure an equality of reasonable and "fair" access to healthcare for all in America?

Or is it, instead, a threat to the traditional values and principles of a free society, in which it is neither the duty nor responsibility of the government to act as a paternalistic "master" dictating and imposing what those in the government consider "good" for the people?

For the opponents of ObamaCare it is precisely an issue of personal liberty versus political servitude. That Mr. Summers and others who share his views on this and related policy issues cannot see how anyone can view it in such "ideologically extreme" terms merely shows the opponents of the Affordable Care Act how far the country has moved away from its founding understanding of the meaning of individual freedom and self-responsibility.

Or as the famous 19th century German poet Johann Wolfgang von Goethe once expressed it, "None are more hopelessly enslaved than those who falsely believe they are free."

Many of the consistent opponents of increasing government power and paternalism in American society are following in the footsteps of the 18th and 19th century classical liberals, who considered it their moral duty to defend personal, social and economic liberty.

Both private slavery and political servitude in the form of government dependency were viewed as the enemy of the rights of the individual to his life, liberty and honestly acquired property. Such political paternalism stripped the individual of his personal dignity and his opportunity to be a self-governing, free human being.

Changing "masters" from the absolute king or the plantation owner to the "will of the majority" in an election does not change the essence of servitude one bit. Thus, there is nothing "unpatriotic" or "disrespectful" of government in a democracy when those who may have temporarily "lost the debate" continue to insist that the "debate" is not over.

Wrong-headed and misguided legislation has been overturned in the past. And such will be the case, no doubt, in the future again. For the critics and opponents of ObamaCare the issue of liberty versus political paternalism is not decided based on one vote. It is a battle of ideas and policy that is a continuous one.

And if some members of Congress, expressing the will of their constituents, wish to use all lawful and constitutionally permissible means to limit the damage of what they see as legislative threats to that liberty, then they are neither unpatriotic nor disrespectful of representative government.

They are merely defending the conception of liberty that inspired the Declaration of Independence and the writing of the United States Constitution.