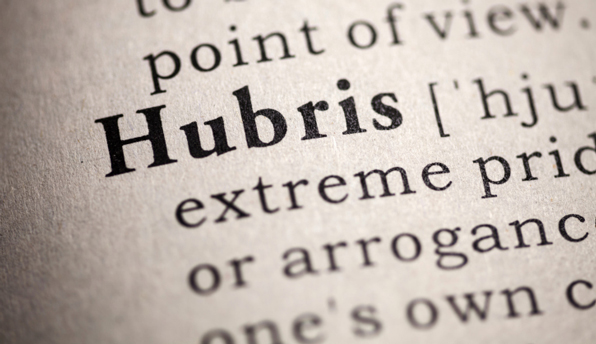 EDITORIAL
Presidential Hubris in the State of the Union Address
By Richard Ebeling - February 04, 2014

President Obama's State of the Union address on the night of January 28, 2014 was all about "micro-management." It was micro-management at one level since he realizes that a divided Congress will not pass any "grand" legislation that he might try to submit. Thus, he proposed a series of small changes that he hopes that either Congress would go along with, or that he can try to impose through "executive order" without Congressional approval (raising potential constitutional issues).

Indeed, the president's ambiguity in not stating in great detail all of the specific "executive orders" he might introduce if Congress did not go along with his policy demands highlighted that he was threatening to impose actions that clearly might potentially cross "red lines" separating presidential from congressional responsibilities under the Constitution.

The Founding Fathers constructed the Constitution in a way precisely to prevent abuse and concentration of power in any one branch of the government. They had had enough experience under a British king who asserted the "right" to arbitrarily impose taxes and regulations over the lives of the American colonists with neither their advice nor their consent.

President Obama has a "progressive" vision for America, but it is one that a large portion of the citizenry do not desire or agree with. Their elected representatives are supposed to reflect and defend their conception of what for many of them means a smaller and less intrusive government in people's everyday life.

The president's arrogance is shown by his assertion that he will use executive-imposed coercive methods to impose the policies that he wants, in place of persuasion and a wider legislative consent of the governed by winning more of the American people over to his view of a better country.

But the other level of his focus on micro-management highlights the inescapable political paternalistic mindset in which the president thinks. All the issues that he mentioned in his State of the Union address emphasized a hubris that he knows how Americans should live, act and associate with each other:

• He knows what wage government contractors should pay their workers;

• He knows how pre-kindergarten children should be taught;

• He knows how businesses should organize their use of energy in their manufacturing of products;

• He knows how long people should be financially able to be unemployed between jobs while looking for employment;

• He knows how divergent income inequalities should or should not be in America;

• He knows how to create career opportunities for young people and the type of education they should have available;

• He knows the type and quality of health insurance and medical care people should receive.

This is why he has faced much of the congressional opposition he's encountered, over which he is clearly frustrated. Many people in the United States, and some of their elected representatives, believe that these are not matters for the government. They are matters that should be left up to the judgment, planning and decisions of individuals, families, and voluntary agreements among people themselves in their communities and in the workplace.

The president's government-imposed "one-size-fits-all" solutions to what he considers to be America's "problems" are in stark contrast to the diversity of America, and the more reasonable and common-sensical view that people in their own circumstances and with their own knowledge can far better handle their own problems than someone in a far-away national capital with none of the real micro-knowledge of people's lives.

This partly explains the president's low poll ratings. People come to resent the arrogant "do-gooder" who presumes to know better how people should live than those people themselves.

Political Presence of Knowledge in Education

What he seems unable to understand – or does not want to understand – is that those in government do not have the knowledge, wisdom or ability to successfully plan the lives, actions and outcomes of hundreds of millions of people in any way superior to what may result when each person is able to guide and direct his or her own life in their own corner of the society.

For example, how does President Obama know what type of pre-kindergarten education or training would be most effective in, maybe, giving a helping hand to the young? He probably might answer, the educational "experts." But who are these "experts" other than university academics and government bureaucrats who self-appoint themselves and mutually congratulate each other as the "informed" specialists knowing how children should be raised and awakened to an interest in learning.

Self-confident in their own wisdom, these "experts" lobby and argue for their "scientific" concepts of pre-school education to be imposed on the young at taxpayers' expense. Education for children of all ages is put into the straightjacket of what the "experts" agree upon or consider "best."

The advantage of the market – including in education – is that it creates the competitive opportunity and the profit-driven incentive for many minds outside of government to innovate, experiment and offer to others multiple methods of awakening that interest and ability to learn among the young.

We understand and take for granted that setting many minds to work in the competitive drive for market profits widens the process of discovery for improving the multitudes of products and services in our everyday lives. Better cell phones, improved flat-screen TVs, new stain removing clothing detergents, more convenient ways to read a book on an electronic tablet.

This would be no less true in education at all levels, if only the creative possibilities of many minds in the market were freed from the monopoly and controlling hand of government schooling and mandated teaching techniques.

Or on what basis does Obama declare that $10.10 is a "fair" and "living" minimum wage? He would no doubt reply that government bureaucrats have worked up statistical benchmarks of what is "needed" for a minimum standard of living, which every person should receive so as to have enough to satisfy those statistical benchmarks.

But merely saying that a person should be paid a certain amount does not mean that someone else will think they are worth that amount in terms of the wage they are willing and able to pay to have that person do a particular job. Perversely, minimum-wage laws often end up harming some of the very people they are supposed to help.

Anyone a prospective employer considers not to be worth $10.10 per hour will not be hired, or if currently employed may lose their job. No one will pay $10.10 for something, including someone's labor services, if it is only considered to be worth, say, $9 or $6.

All you end up doing is pricing out of the market some of the low or unskilled workers who are most in need of the entry level and lower paying job that offers them an opportunity to acquire, "on the job," the experience, talent and skills that over time may make them worth more to their existing or some other possible employer.

Take away this opportunity through imposing or further increasing a government-mandated minimum wage, and the government ends up guaranteeing that supposed minimum standard of living through welfare transfers in the form of cash or in-kind services that potentially lock many of these unfortunate people into prolonged or perpetual government dependency.

At the same time, the money to redistribute in this manner must come from increased taxes or more government borrowing, both of which have their negative effects. They undermine the incentives to work, save and invest on the part of those who are producing the wealth of the society, and thus, at a minimum, potentially slow down that rate at which the country's "economic pie" of goods and services grows and improves over time. At its worst, it can bring a society to the point of stagnation or even economic decline.

Reduced to Pawns on the Chess-Board of Society

More than 250 years ago, the great Scottish economist, Adam Smith, warned about such people who wish to be "social engineers" imposing their plan for a "good society" on the mass of the population.

Adam Smith called such a person the "man of system" who "is apt to be very wise in his own conceit . . . He seems to imagine that he can arrange the different members of a great society with as much ease as the hand arranges the different pieces upon a chess-board."

The social engineer "does not consider that the pieces upon the chess-board have no other principle of motion besides that which the hand impresses upon them; but that, in the great chess-board of human society, every single piece has a principle of motion of its own, altogether different from that which the [social engineer] might choose to impress upon it."

Each piece on that "great chess-board of human society" is an individual human being with his own hopes and dreams, goals and purposes, and ideas of how best to go about improving his own life in free association with others in the networks of social and market exchanges.

But, said Adam Smith, the social engineer's insistence on imposing his idea of a better society through government power, "and in spite of all opposition . . . must often be of the highest degree of arrogance. And it is to erect his own judgment into the supreme standard of right and wrong. It is to fancy himself the only wise and worthy man in the commonwealth, and that his fellow-citizens should accommodate themselves to him and not he to them."

The American tragedy right now is that the current occupant of the White House is a man suffering from that "highest degree of arrogance," and who fancies "himself the only wise and worthy man" in the nation, to whom all the rest of us must conform.