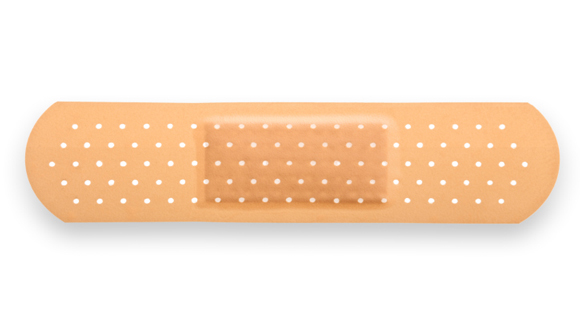 The famous English economist Alfred Marshall is reported to have once remarked that:

"Students of social science must fear popular approval; evil is with them when all men speak well of them. If there is any set of opinions by the advocacy of which a newspaper can increase its sales, then the student . . . is bound to dwell on the limitations and defects and errors, if any, in that set of opinions; and never to advocate them unconditionally even in an ad hoc discussion. It is almost impossible for a student to be a true patriot and have the reputation of being one at the same time."

Alfred Marshall's warning never needs to be heeded so much as during bad economic times. In times of rising unemployment, unprofitable enterprises, declining sales and idle factories, public debate is soon crowded with a plethora of panaceas – all promising quick solutions and painless remedies for society's economic ills.

Economists who favor governmental intervention in economic activity appear on television talk-shows and on the opinion-editorial pages of the nation's newspapers to offer their insights on why "the free market" has failed once again – and why only wise governmental supervision and manipulation can end the bad times. The politicians of both political parties pontificate and pronounce on how the policies of the other party have caused all the problems and how only they and their own party can save the country from collapse and decay. And the network evening news, night after night, airs the same human-interest story of the unemployed autoworker and his seven children (at least one of whom invariably has some incurable disease), with the inevitable message that he and his family can be saved only by some new or expanded government program.

After a while, the panaceas take on the quality of established wisdom that only the uninformed or the stonehearted can possibly reject. Yet, rejected they should be, because rather than offering solutions to our economic ills, most of them lead down roads to even bigger economic folly. It is worthwhile, then, to take Professor Marshall's advice – run against the tide and challenge the panaceas.

Government-Business Partnerships. Government partnerships with business inevitably run the risk of degenerating into governmental control of business. Increasingly dependent upon government for aid and assistance, private industry finds itself in the position of having to go along with what its governmental partner "suggests." Economic decision-making becomes politicized – that is, investment decisions, employment opportunities and pricing decisions become less market-oriented and increasingly determined by what is believed to be acceptable to the government, thereby assuring the continued flow of governmental benefits.

Furthermore, the presumption behind the notion of government-business partnerships is that government possesses the ability and the wisdom to pick "winners" and shun "losers." In this presumption can be found all the fallacies of central planning. The superiority of a free economy over socialism is precisely that only decentralized, private competition offers a way of discovering which producers in the market have the ability to make the better and less expensive products to satisfy consumer wants.

The government's recent interventions in both the auto industry and the financial markets are the latest examples of the failure of Washington's "helping hands." The political paternalists have declared that they know what types of automobiles we should drive, and with what features and design — whether or not we, the buying public, want such "politically correct" and ideologically fashionable means of transportation.

Our social engineers also claim to know what pay should be received by top executives in the financial institutions in which the federal government has obtained shares. They have little understanding and no regard for the fact that there is no way to know what anyone is worth in any particular job other than what the market views as his value in serving the consumers. Instead, the ideology of envy and a political pandering to emotion-based vote getting is dictating what an executive may earn for services rendered.

Fair Trade vs Free Trade. In this world of unfree trade, it is said that the United States cannot afford to follow a unilateral free-trade policy. Government must see to it that our trading partners follow a policy of fair trade, and this often may require the United States government to impose higher tariffs and import restrictions, and to offer various export subsidies to American producers. This, it is claimed, "punishes" the offending foreign government and somehow "levels" the global market playing field.

Whenever domestic producers feel the stiff and successful competition of some foreign rival, they invariably see in it the workings of dark forces. But the fact remains that regardless of whether a foreign producer is offering a better and cheaper product because of competitive efficiency or because of governmental support, that foreign producer's product is offered to the American consumer at a lower price than the domestic seller is willing to offer it. And to prevent American consumers from buying at the most attractive price is to infringe upon their liberty to trade with whom they want.

Nor does a fair-trade policy protect or add to the number of jobs in the American economy. For every job saved in the protected industry, other job opportunities are lost or fail to come into existence. Limiting imports means that the foreign producer earns fewer dollars than otherwise would have been the case. And with fewer dollar-earnings, the foreigners will buy fewer American exports, with a resulting loss of jobs in the exporting sectors of the economy.

At the same time, because American consumers must pay the higher prices charged by American producers, the standard of living of Americans in general is lower than it could have been. This also means that the dollars that could have been saved if the less expensive foreign product had been bought are not available to American consumers to buy more of other products; as a consequence, jobs that would have come into existence to meet the demand for these other products never have a chance to materialize.

The U.S. government's decision to impose import restrictions on various goods from a country like China seriously runs the risk of retaliation that would further reduce the field of gains from trade for both Americans and Chinese. Such restrictons also threaten to justify trade wars that would undermine the rising standards of living that have been made possible for tems of millions of people around the world from the benefits resulting from international trade, commerce, and investment.

Lower Interest Rates and Easy Money for Economic Recovery. The political authorities and the monetary central planners in Washington, D.C. argue that job opportunities are restricted in the economy due supposed "tight credit" and high costs of borrowing by businesses for investment. The Federal Reserve, as the nation's central bank, must supply a greater amount of money to the banking system so that banks are stimulated to lower their interest charges and, thus, induce more borrowing and job creation. Since the current recession began in 2007-2008, the Federal Reserve has increased reserves in the banking system by nearly $2 trillion to meet the "needs of business" as a time of economic "distress."

The fundamental fallacy in this argument is that it confuses money with savings. When individuals choose to save part of their income, they free resources (that otherwise would have been used to make consumer goods) for the production of capital goods, i.e., plant equipment and machinery. And it is through investment in the production of more and better capital goods that the society creates the ability to make more and better consumer goods over time. Savings – and the wise investment of that savings by private businesses – is what is the source of a rising standard of living and real job opportunities in the long run.

Money is the medium of exchange – it is the means through which individuals are more able to more easily and efficiently exchange with one another, including transferring savings from lenders to borrowers. Creating more money does not create more capital goods. Creating more money merely means that people have more pieces of paper with which to bid against each other in the attempt to acquire control over resources and commodities in the market. In other words, the ultimate result of a monetary expansion, in an attempt to stimulate industry and jobs, is a rise in prices in general in the economy, i.e., price inflation.

But in the intermediary stage between the time the supply of money is increased and prices in general in the economy have also increased, there often appears the illusion of economic prosperity and productive investment. But it is a transitory prosperity and an unstable investment climate. The prosperity lasts only as long as the inflationary process keeps selling-prices rising sooner and faster than cost-prices. Artificial profit margins are the source of the appearance of prosperity, but inevitably cost increases catch up with rising sales prices, and the boom ends.

Furthermore, the lower rates of interest resulting from the monetary expansion made available for lending purposes in the banking system, induce a large number of additional investment projects to be undertaken that turn out to be unsustainable in the long run. Investment requires savings, i.e., the availability of resources for the construction and maintenance over time of new and improved capital goods and enterprises. But some of these investment projects will have been started purely on the basis of the illusion of greater savings created by the availability of more money for lending purposes. When the inflation finally ends or slows down, these investments will be found to lack the necessary savings base to sustain them. Hence, the investment boom produced by the monetary expansion has within it the seeds of a future investment recession.

All the current concerns and fears of dangerous deflationary tendencies are misplaced. Once the types of investment, housing, and consumer credit booms that we have experienced finally burst, there is no way to avoid significant "downsizing" in those parts of the economy in which there was excessive, misdirected capital, labor and resources.

Without these necessary readjustments the economy cannot return to stable growth and sustainable full employment in the long run. Inevitably, prices, wages and asset values that had been artificially pushed up in the bubble years have to get back down to earth to reflect the market's real supply and demand conditions. Trying to prevent these "deflationary" price, wage and asset value adjustments only succeeds in delaying the correction process.

Illusionary "stimulus" programs and massive reflationary monetary expansion, like the Federal Reserve's policy since the summer of 2008, merely threaten to add more mistakes and misallocations of labor and capital that ends up intensifying the severity of the economic crisis and prolonging the inescapable real adjustments across the market.

Unfortunately, the apparent simplicity of political quick fixes, and the emotional appeal to find easy ways out of the problems through governmental intervention, suggest that the quack medicines and phony elixirs that too often pass as insightful economic policy will continue be applied. And equally unfortunate, less freedom and worse economic conditions likely will be the inevitable result.